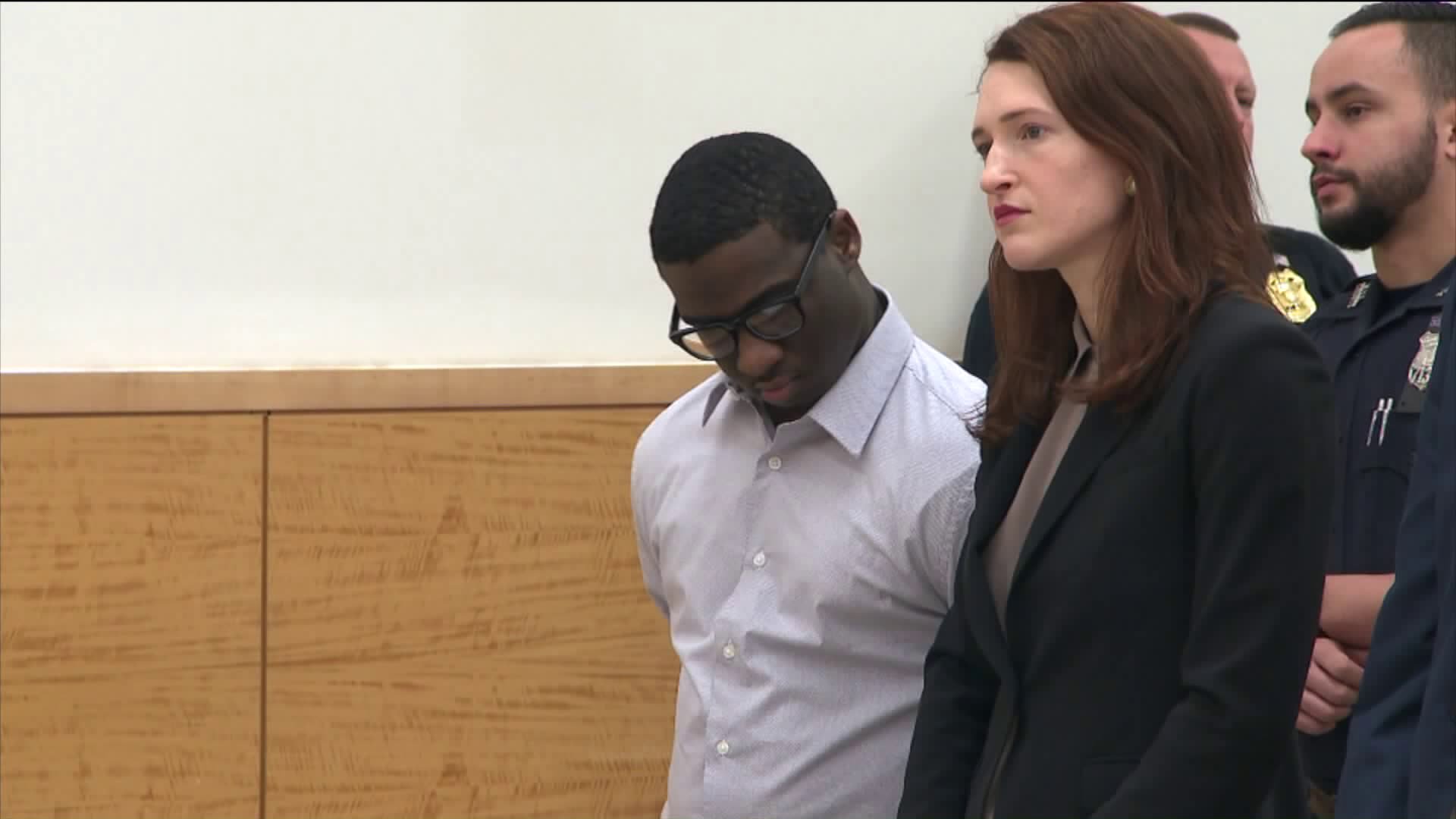 Police officers packed the courtroom. The teen allegedlly dragged an officer for more than two blocks.

EAST FLATBUSH, Brooklyn — A teenager accused of nearly dragging an NYPD officer to his death was back in court Wednesday.

Police officers packed the courtroom as Justin Murrell appeared for an adjournment hearing.  PBA President Pat Lynch said they want to make sure Murrell is never released on bail.

Last June, Murrell allegedly dragged Officer Dalsh Veve for more than two blocks in East Flatbush. Veve, a father of two, and other officers were responding to a call of shots fired. Veve fired off two shots while being dragged by the car. One of the shots hit the 15-year-old driver in the face.

Murrell, who police say has an extensive criminal history, is charged with attempted murder and assault. He pleaded not guilty. Defense attorney Frederick Platt said his client should be granted bail, but the judge denied the motion.

Murrell is due back in court on March 15.