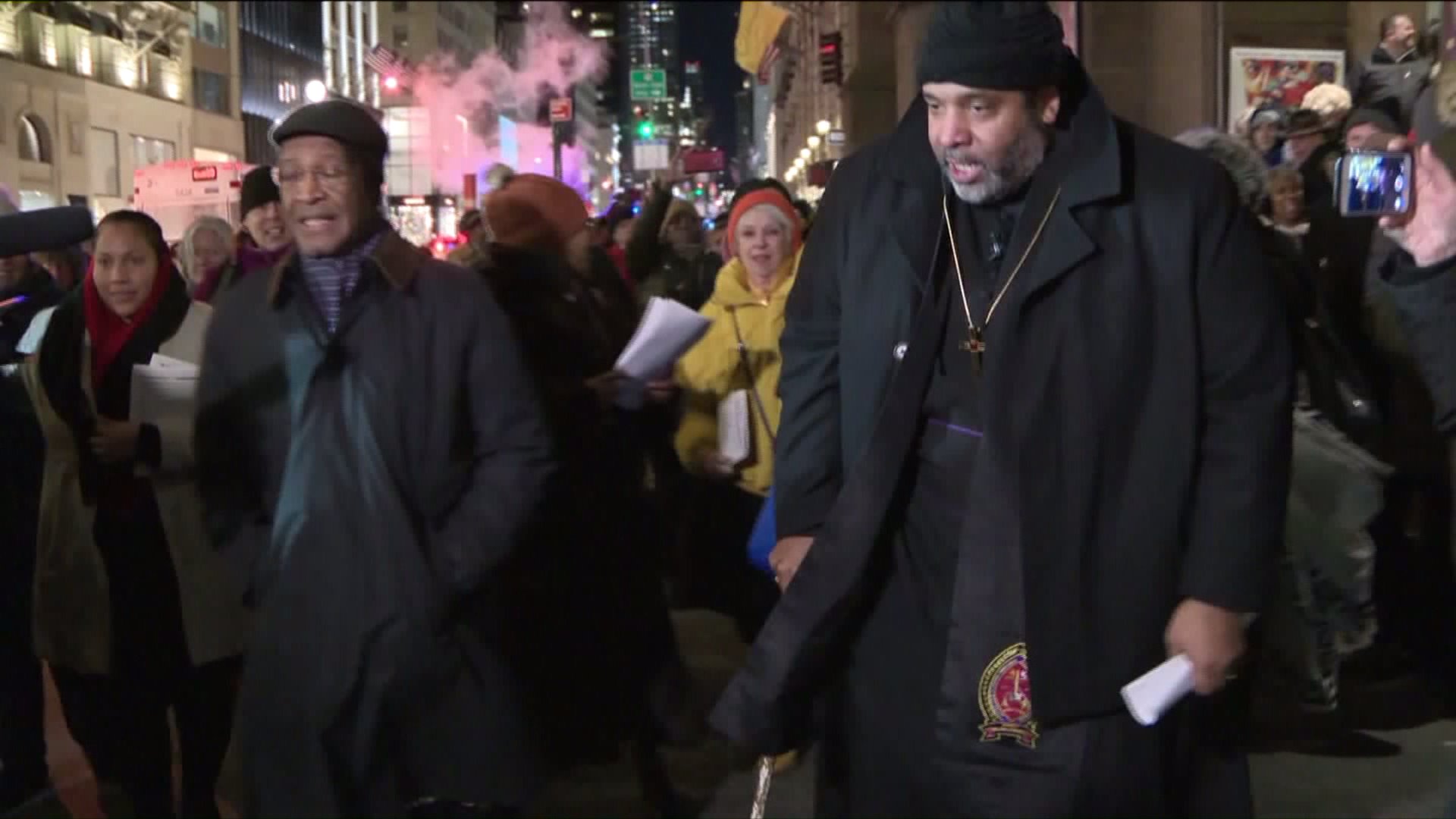 They also marched to Trump Tower after a service honoring Martin Luther King Jr. The leaders said the march was not a protest.

MANHATTAN —  It was a joyous celebration of the life and legacy of Martin Luther King Jr., but with a very serious underlying message of social justice and civil liberty.

More than 1,000 people attended an interfaith service of worship at Fifth Avenue Presbyterian Church and many were talking about President Donald Trump and the possibility that he used a vulgarity when describing Haiti and African nations.

But the leaders of this service were calling for unity, not divisiveness.

"This is not a protest,” Rev. James Forbes, senior minister emeritus at Riverside Church, told PIX11 News. “It is a prayer service, praying for the soul of the president.”

William Wachtel, founder of Drum Major Institute, stopped short of calling the president a racist, but added “some of the things he says have racist overtones.”

“We are dealing with challenges certainly in the nation’s capital,  but not as big a challenge as those that Martin Luther King overcame,” the mayor said.

After the two hour service, hundreds of those in attendance marched one block to Trump Tower to deliver a message to the president.

“This March means everything to me," Manhattan resident Alicia James said.

Another marcher, Jim Vrettos, a sociologist and activist, said Dr. Barber was the right person to lead this new movement.