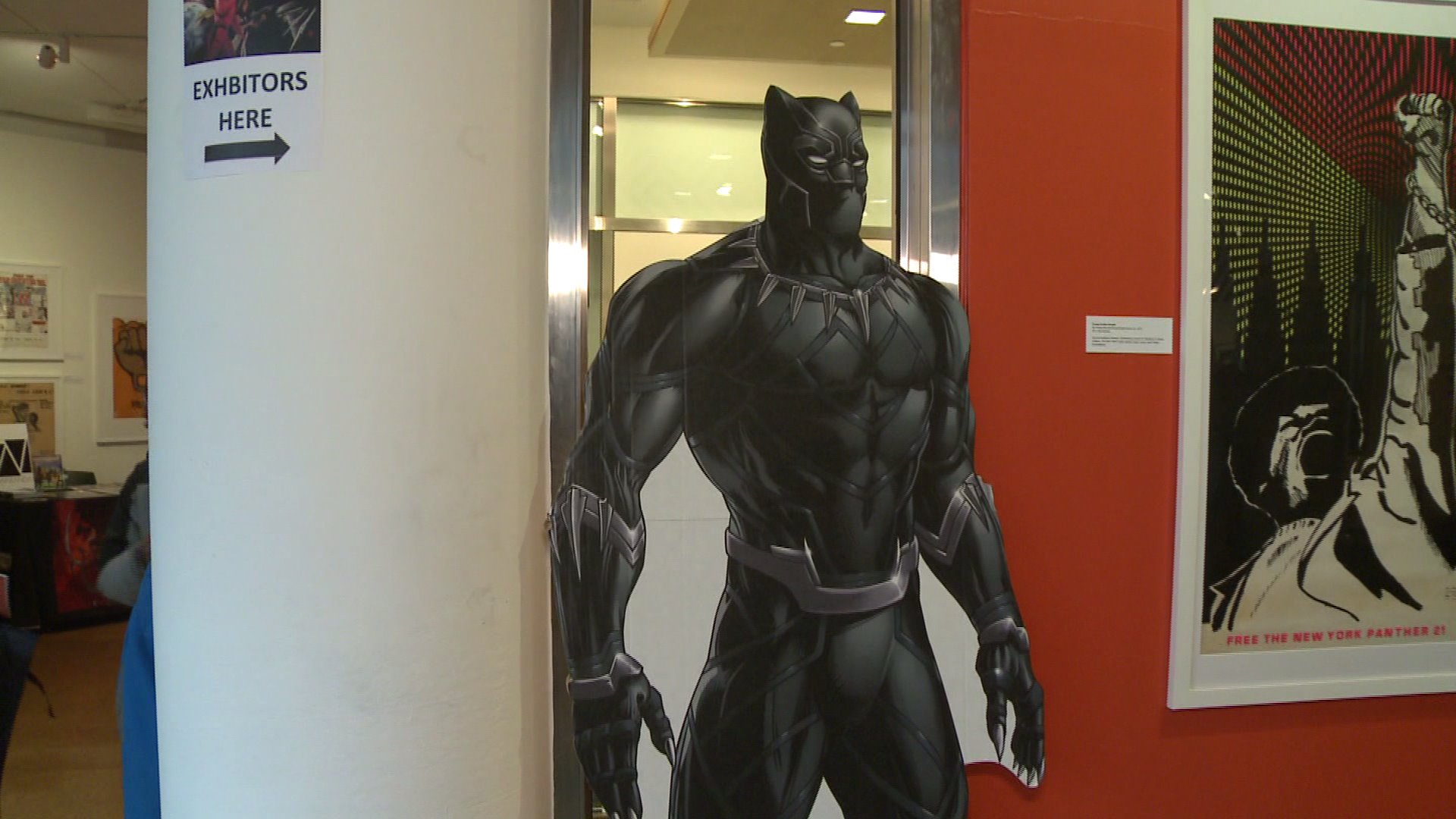 Black Panther doesn`t hit theaters till February but the film has already made history, selling more advance tickets than any other flick in the Marvel cinematic universe.

HARLEM — Black Panther doesn’t hit theaters until February but the film has already made history, selling more advance tickets than any other flick in the Marvel cinematic universe.

Starring Chadwick Boseman as the Black Panther, the comic book character becomes the first mainstream superhero of African descent where he is flanked with an almost entirely black cast of stars.

The upcoming movie was a big topic at this weekend’s Black Comic Book Festival at the Schomburg Center in Harlem.

“I love Black Panther he is my favorite superhero at best,” 10-year-old Nicholas Merced of Brooklyn told PIX11. “He’s the only black superhero in the whole series and he is just the most exciting to watch and read about.”

New York-based artist David Heredia knows plenty about the lack of representation of minority groups in comic books. Heredia launched his own series where superheroes come in all colors and from an array of cultures.

“You know we’re totally different people, have different upbringings but there are certain things we can always relate to and I try to represent that with my work,” he said.

The rare chance to see a leading black superhero come to life was not lost on local activist Fredrick Joseph who launched a GoFundMe campaign so hundreds of children from the Boys & Girls Club in Harlem could see the film when it hits theaters.

With high profile donors like Chelsea Clinton and J.J. Abrams, the campaign is already closing in on $40,000 - four times over it’s original goal.

“It’s about someone who looks like them, it’s about the characters and principles that we hope to instill in our young people which is about justice and doing what is right,” Dominique jones, Executive Director of the Boys & Girls Club in Harlem.

The chapter is expected to receive the surplus of funds raised from Joseph’s GoFundMe page.

Joseph has also partnered with GoFundme to make a difference outside of Harlem. They’ve launched the #BlackPantherChallenge to encourage similar drives in other communities.

Ten campaigns created using the #BlackPantherChallenge sign up page will receive a $100 donation from GoFundme to support the cause.

“The children are the future. It starts with them,” Joseph said. “We’re just vessels trying to make a change.”