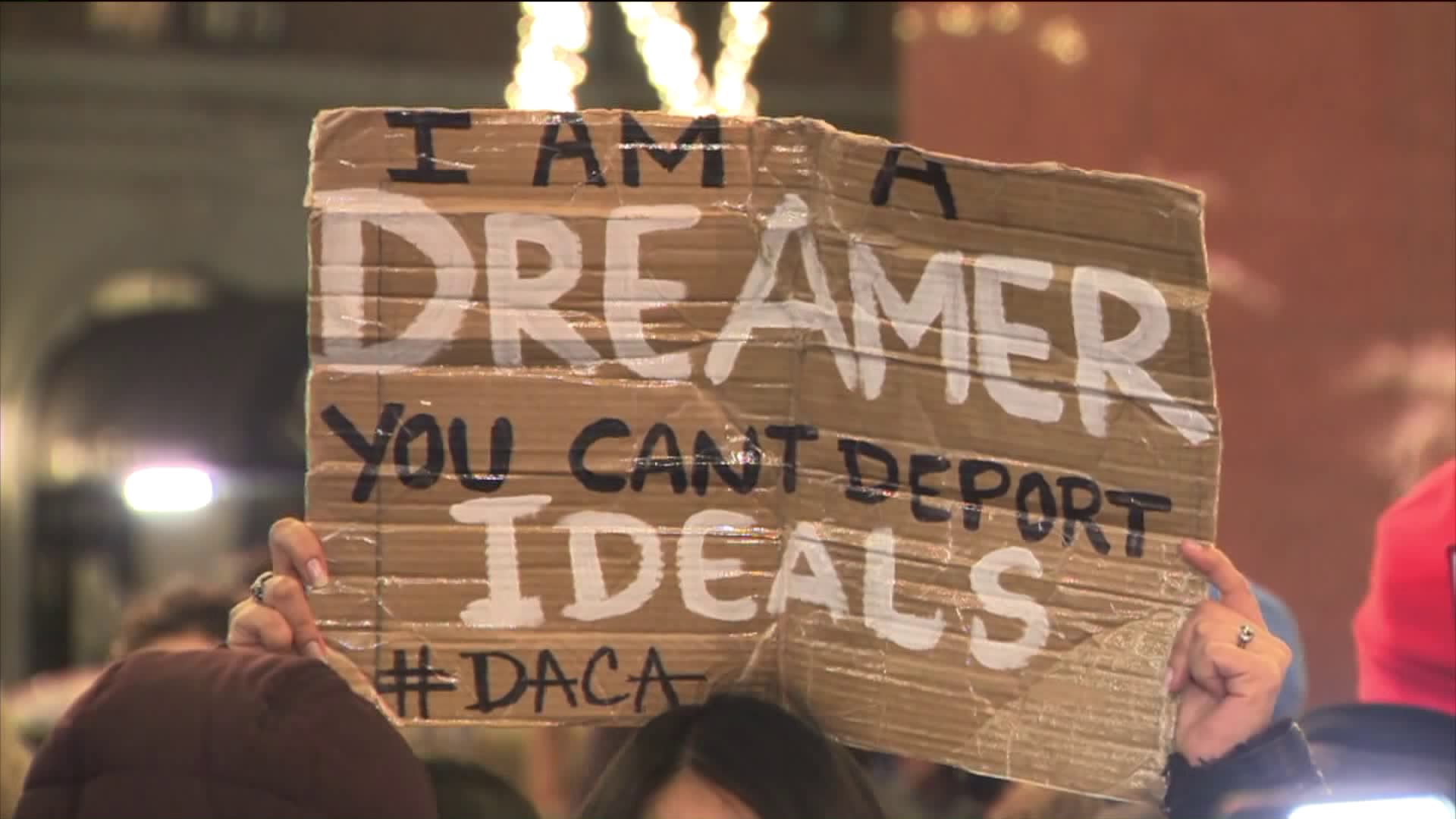 It was not a protest, but more of a not so subtle nudging, by a crowd 100 or so strong, staged Wednesday night in front of Sen. Chuck Schumer`s offices in midtown Manhattan.

MIDTOWN, Manhattan — It was not a protest, but more of a not so subtle nudging, by a crowd 100 or so strong, staged Wednesday night in front of Sen. Chuck Schumer’s offices in midtown Manhattan.

Their message to Schumer?

They want to keep up the pressure to include in the next federal budget, before the upcoming January 19 deadline, protection for DACA recipients, those called Dreamers — 800,000  immigrant children and young adults who were brought to the United States by their families – and who now face deportation back to countries they’ve never lived in.

To be clear, this crowd and Sen. Schumer are currently allies, both attempting to push the Trump Administration toward a deal for a so called “Clean” DREAM act that is NOT tied to one of Mr. Trump’s key campaign pledges – a border wall.

“We don’t want to be basically the bargaining chip to basically tell the president, or even the congress – “do it”, you know – and we’re giving up this for the community that will get affected,” said "Dreamer” Diana Sanchez.

“The fact remains -- the only way to guarantee legal status for the dreamers is to pass DACA protections into law and do it now. For that reason, a resolution to the DACA issue must be part of a global deal on the budget. We cannot wait. We cannot tolerate delay. Delay is a tactic employed by those who do not wish to see a deal,” said Sen. Schumer.

However, after previously hinting that a “Clean DREAM” act *could* be possible, President Trump retreated Wednesday back to a familiar position.

Murad Awawdeh of NY Immigration Coalition added, “When folks talk about border security, and more money for enforcement, what that does is pits communities against each other. It pits dreamers against their parents.”