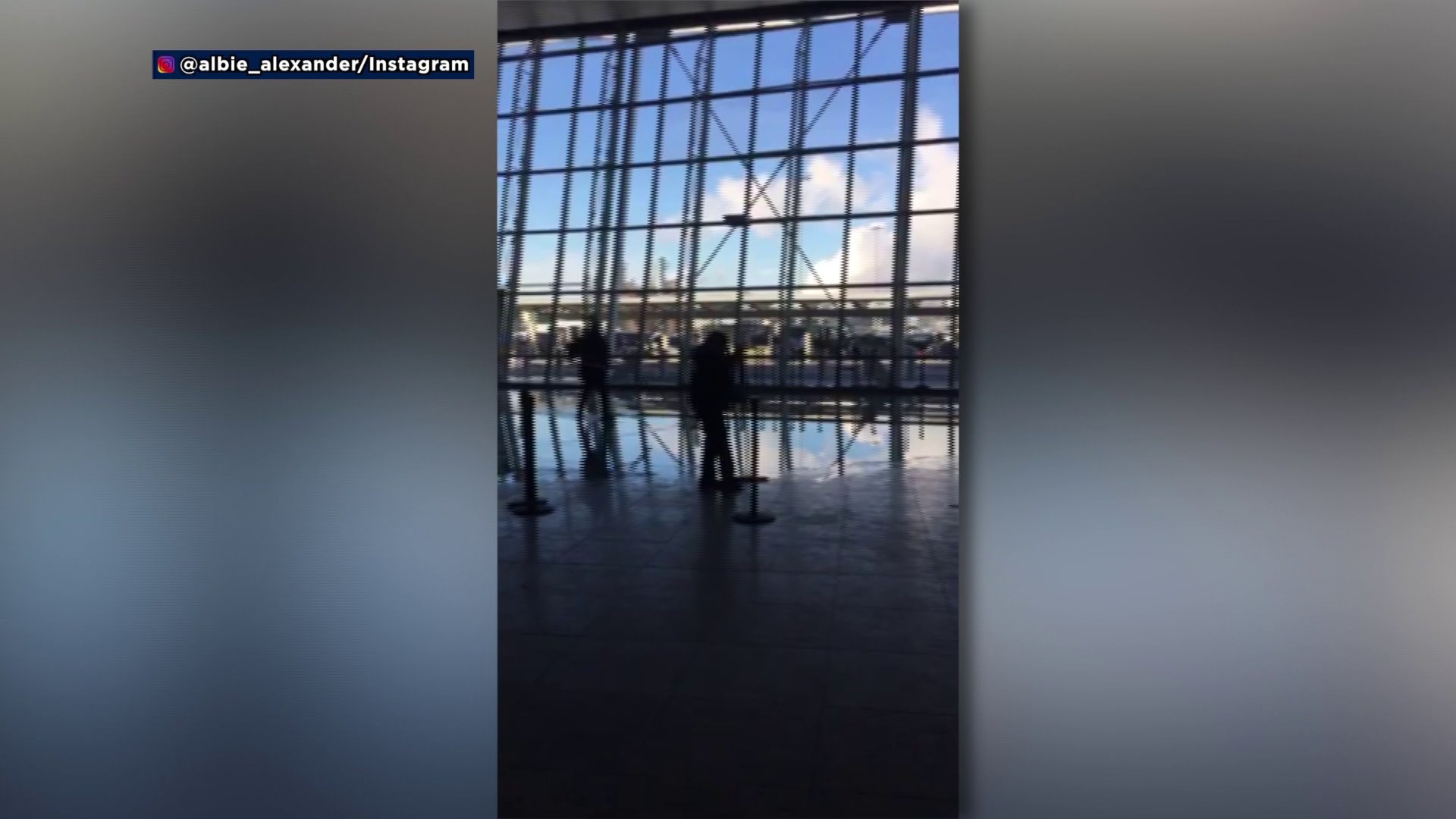 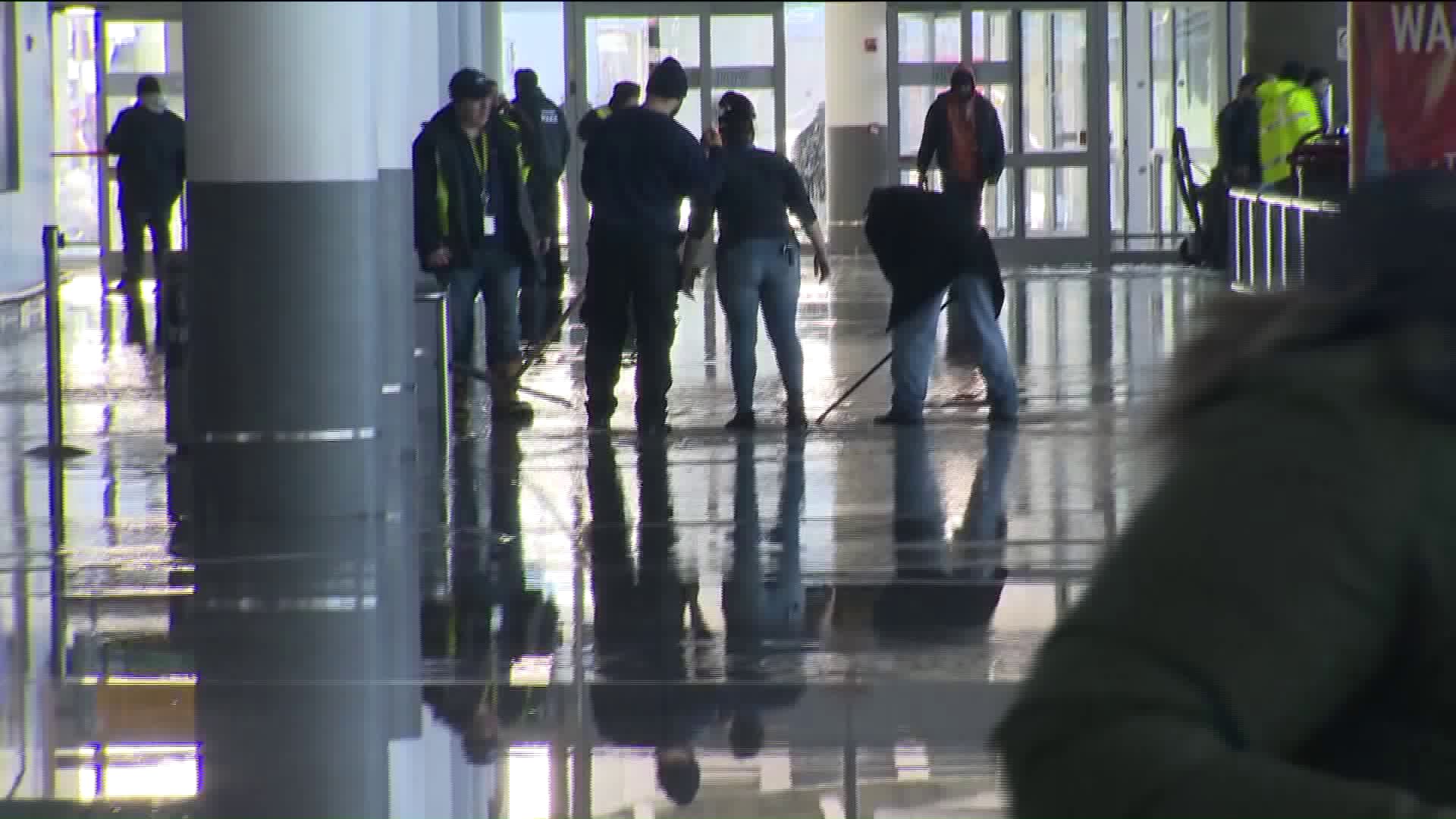 NEW YORK — A portion of John F. Kennedy International Airport was evacuated Sunday due to a massive water main break during an already chaotic scene as many passengers remained stranded from canceled or delayed flights from Thursday's snowstorm.

Just before 2 p.m., the water leak flooded a baggage claim area of Terminal 4, dousing suitcases piled up by stranded travelers. The pipe break sent about three inches of water gushing onto the floor of the terminal. Video shows streams cascading from a ceiling and people slogging through pools of water.

"What happened at JFK Airport is unacceptable, and travelers expect and deserve better," said Port Authority Executive Director Rick Cotton. "While the water pipe break that occurred appears to be weather-related, we have launched an investigation into the incident to determine exactly what occurred and why an internal pipe was not weather protected and whether any other failures contributed to this disruption."

The cause is still being investigated, but it appears to be weather-related, officials say.

Hundreds of bags have been lined up in rows on the floor in the baggage claim areas while travelers, sometimes sleeping next to their suitcases, wait to board flights.

Travelers had complained about delays and baggage problems even before the leak occurred.

Emillio Mesa traveled from Los Angeles to New York City and said he was frustrated at not seeing his luggage for 13 hours.

"The luggage pile just keeps growing," he said. "It's a fire hazard now. New flights are coming in and there's no space!" he posted on Instagram.

According to Port Authority officials, International flights to Terminal 4 have been suspended. Passengers who have already arrived are being deplaned and taken to other terminals for processing. There has been no impact on departures and AirTrain service.

The PAPD and FDNY are on scene and assisting, in addition to Operations managers and maintenance personnel.

Officials are asking customers to call their carriers for updates on flight information.

New York’s LaGuardia and JFK International airports closed on Thursday afternoon due to the storm, creating a massive backlog. The situation was worsened when a plane arriving from China clipped the tail end of a Kuwait Airways 777, causing damage to both aircrafts and further delays at the airport.

Some frustrated passengers have been waiting since Friday for a flight.

This is a developing story. Check back for details.

Passengers are getting frustrated as they try to locate baggage #Chaos #JFK pic.twitter.com/KaEzf6Yz4w