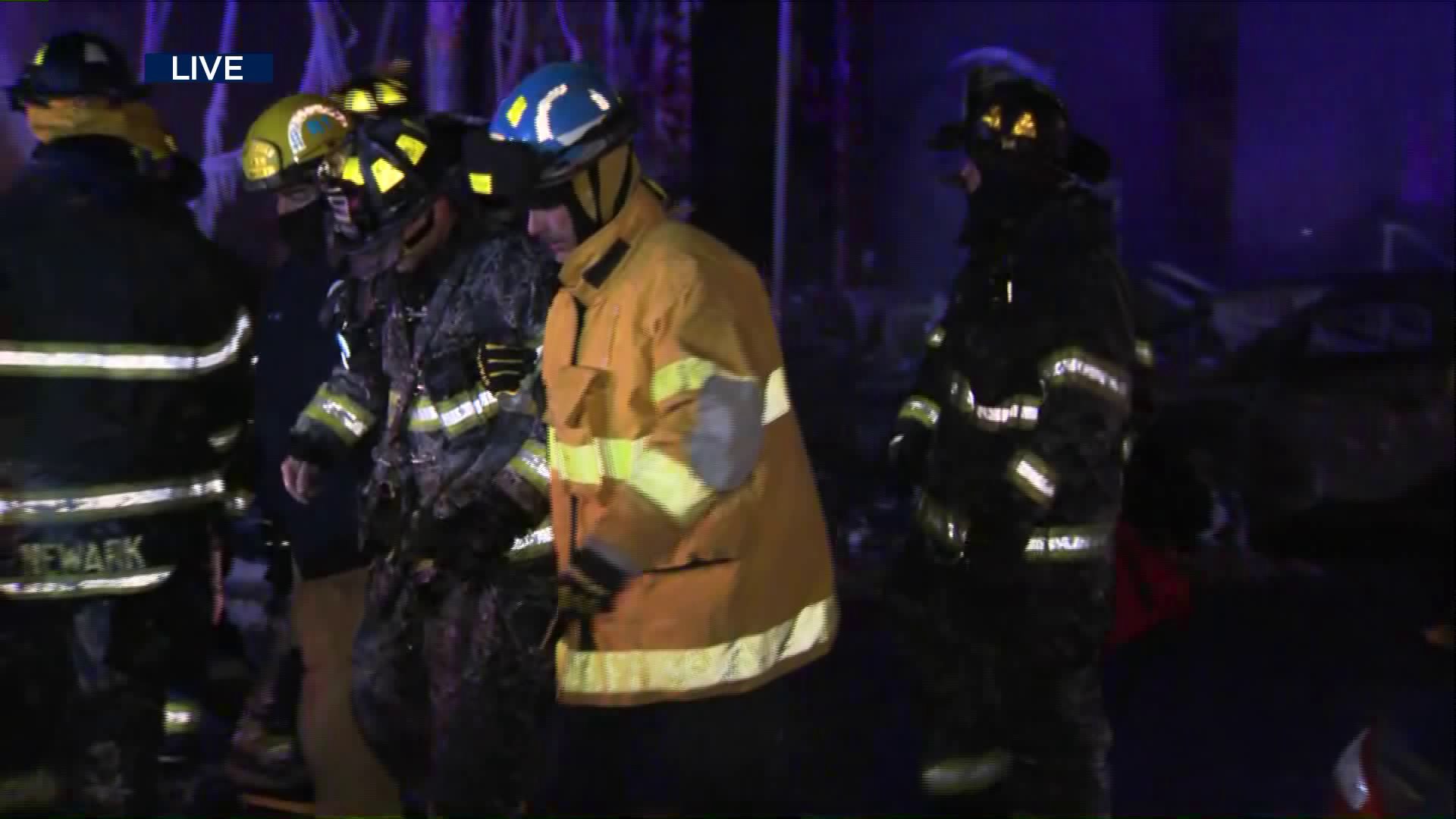 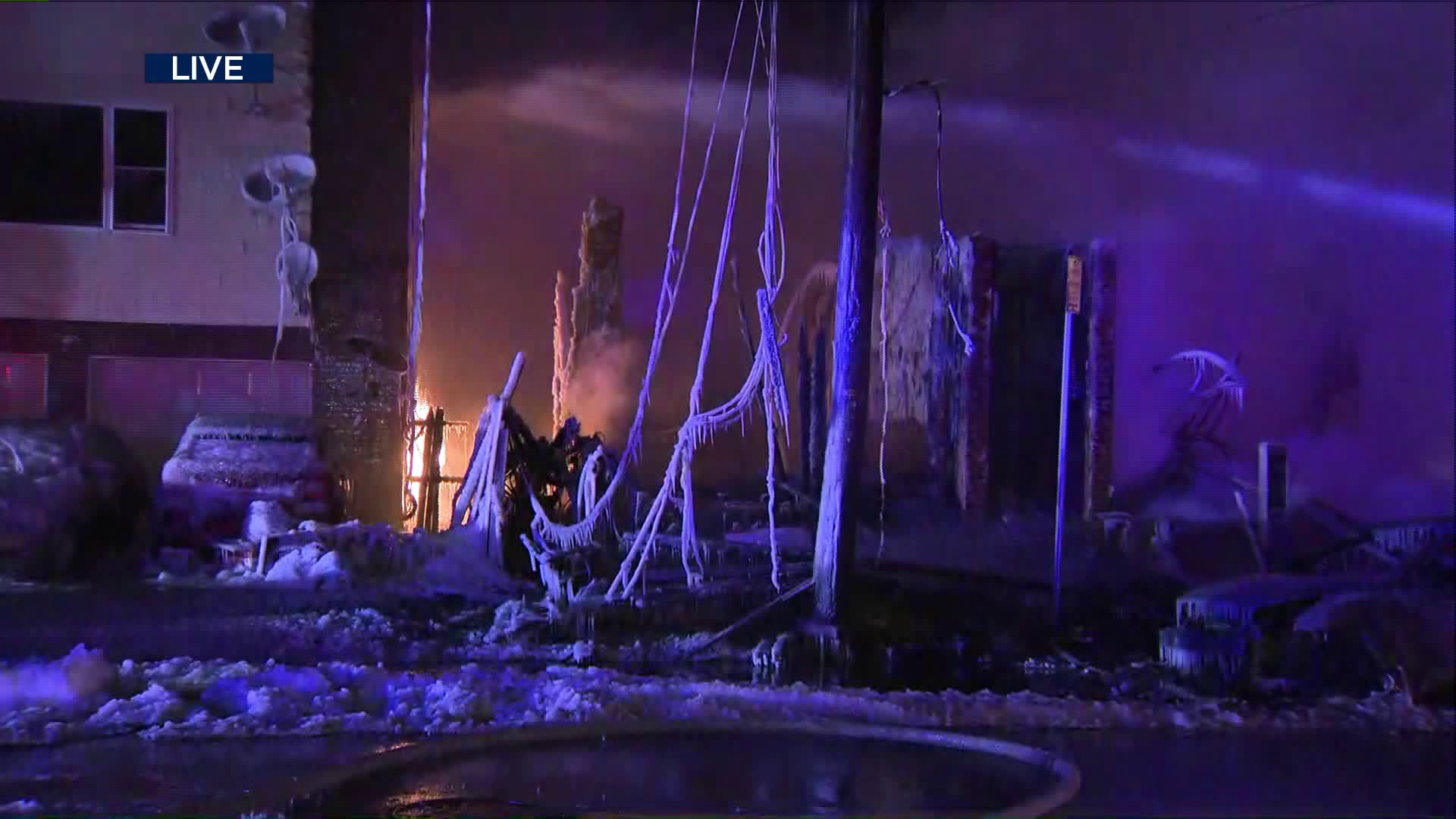 Eight homes appear to be destroyed, two of which collapsed. Five vehicle also caught fire and were completely gutted by flames.

One firefighter was seen hobbling as he was escorted away from the destruction by fellow firefighters.

He was one of two firefighters who suffered minor injuries, likely from slipping on snow or ice, Richard Gail, chief of operations at City of Newark Fire Department, said.

Residents did manage to escape, although some were barefoot, apparently unable to grab shoes as they fled.

"We’re blessed to be alive. We thank God that we got out in time. I’m telling you it’s just that bad," one resident said. "The TV had exploded in front of my eyes.”

Two locals told PIX11 smoke overtook the building and the electricity went out. That's when the TV burst.

They managed to escape as emergency lights turned on, helping them find their way out.

The pair said they did not hear any smoke detectors. Officials have not said if the buildings were outfitted with alarms.

Eighty firefighters, including those from neighboring communities, responded to the blaze.

They were met with a "well-advanced fire" in a vacant building, Gail said. Embers quickly jumped the street, and set homes on fire.

Video of the scene showed blank spaces where homes used to stand.

“With the exposure to elements and the ice, it’s making it very difficult to battle the fire. Plus the wind isn’t helping either,” Gail said.

Temperatures in the area were 5 degrees, with a feels-like temperature of negative 13 degrees Friday morning.

It is not yet known how many people were displaced by the blaze.

Some residents fled to neighbor's homes, making it difficult to track who will need help relocating, Gail said.

Those homes likely are not warm, however. Power and gas in the area was shut off during the firefight because the damage caused live wires to fall to the ground.

Newark firefighters battled two other fires Thursday morning, including one on Milford Avenue and another on Vanderpool Street, NJ.com reports .