Soldier dies after trying to rescue residents from Bronx fire 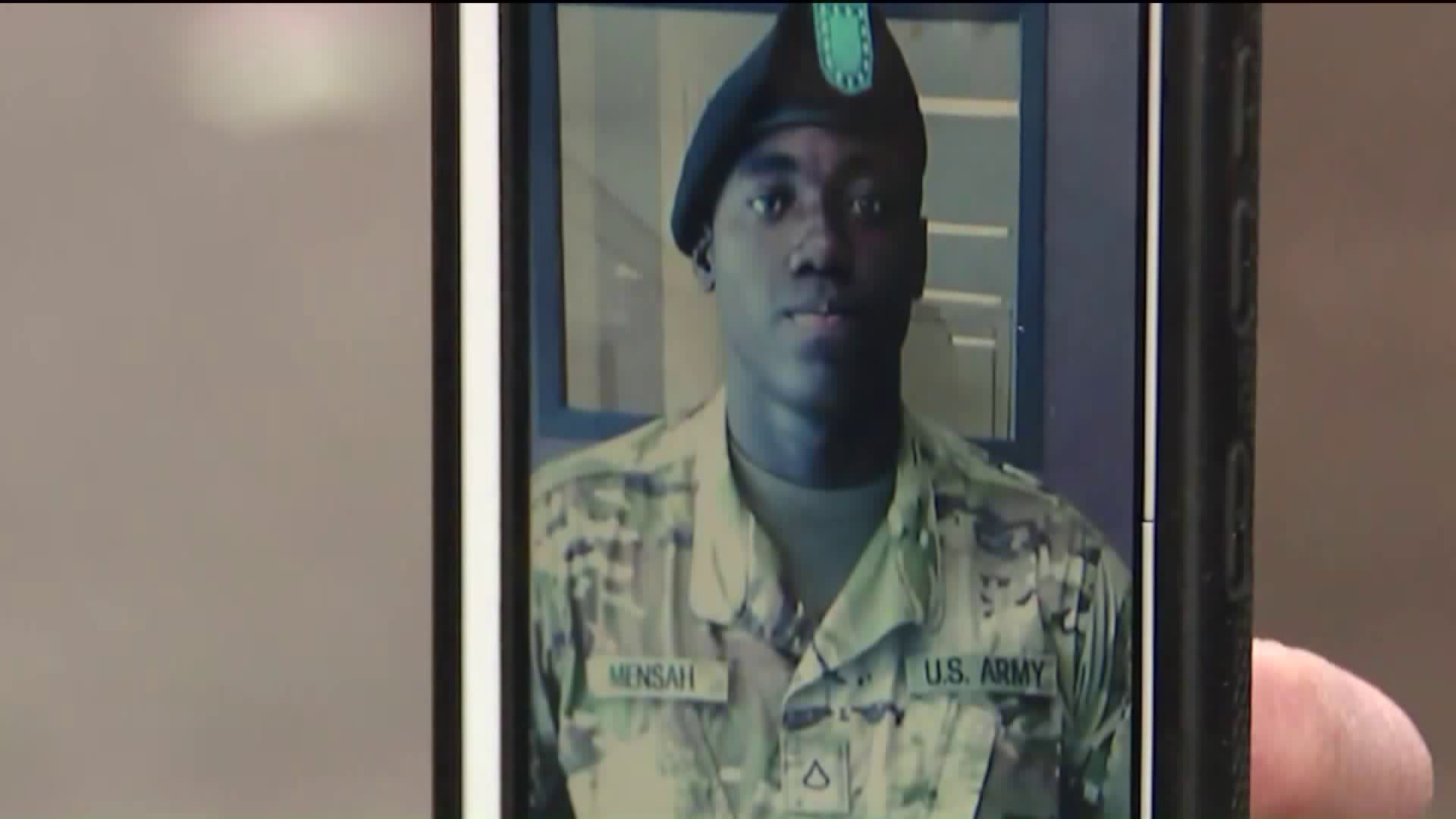 He was staying with a family that escaped the fire safely, but no one could find Mensah

BELMONT, the Bronx — A serviceman who was home from the holidays is being hailed a hero by his father who said he was attempting to rescue residents when he died in the inferno that quickly spread through a Bronx apartment building Thursday night.

Kwabena Mensah confirmed to PIX11 News that his 28-year-old son, Emmanuel Mensah, was found in an apartment other than his own as he was trying to help others escape the blaze.

A 3-year-old boy's screams alerted his mother that a fire had erupted in their first-floor apartment in the Bronx on Thursday night. The boy had been playing with the burners on the kitchen stove, New York fire officials said Friday.

When the mother fled the burning apartment with the boy and his 2-year-old sibling, she made a fatal mistake -- she left the apartment door open.

The tragic result was the deaths of at least 12 people, including at least four children, the New York Police Department said.

It was the deadliest fire in New York City in more than 25 years.

The apartment's stairway acted "like a chimney" as the fire burst from the apartment, feeding the flames and allowing them to spread throughout the building, FDNY Commissioner Daniel Nigro said Friday.

The boy in the first-floor apartment had a history of playing with the stove burners, Nigro said. The fire commissioner reminded all New Yorkers of his department's frequent messages emphasizing the crucial step residents must take in the event of a fire.

The fire commissioner said he's unsure whether all the smoke detectors were working in the building.

Records from a city housing agency show one of the apartments on the building's first floor reported defective carbon monoxide and smoke detectors months ago. It's unclear whether those issues were resolved.

Still, Nigro said there was nothing structural about the building that contributed to the fire. The building had a "relatively low history of repair violations," a spokesperson for New York City Housing Preservation and Development said.

Seven civilians and seven firefighters were injured in the fire, according to the fire department. Four civilians were still being treated at hospitals Friday afternoon, with injuries ranging from serious to critical.