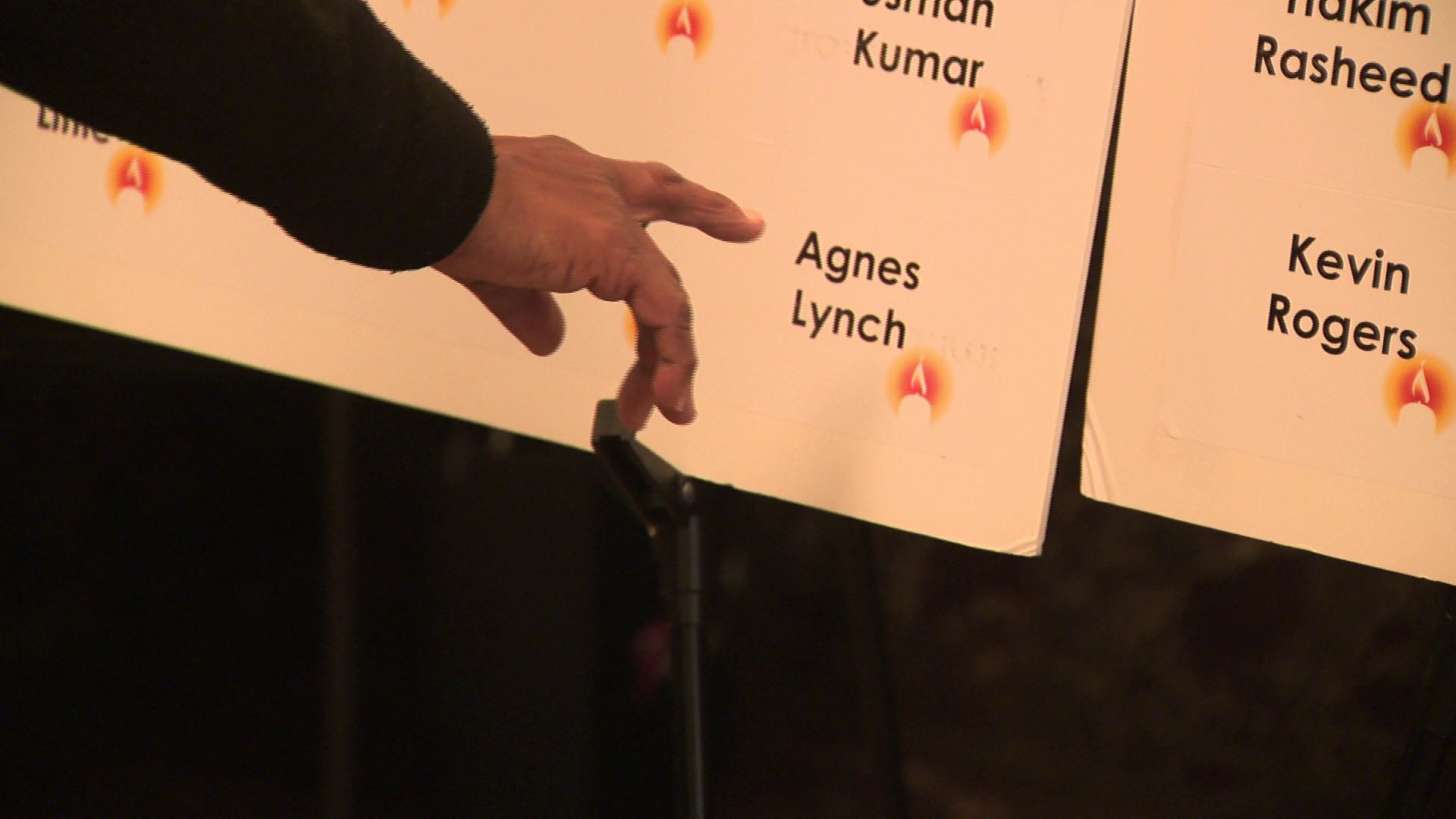 Nearly 200 homeless men and women who died in New York City this year were remembered at a Thursday memorial service.

Janci – who did not want her face to be shown on camera, shared a room with Agnes Lynch, one of the 190 people who had died.

“I met her at the Susan’s Place Women’s Shelter. I still think about her,” Janci said.

Thursday night’s dinner and service — held on Long Island University’s Brooklyn campus and co-sponsored by two homeless services provider— is part of a nationwide effort to honor those names we know about.

Formerly homeless, Calvin Alston is now a client leader for the non-profit organization Care for the Homeless.

“He lived up in the neighborhood where I came from. We memorialize them by saying their name, ringing that bell, and honoring them for what they did, just as a part of society,” Alston said.

"It’s extremely important to bear witness to the lives of people who have been homeless,” Care for the Homeless Executive Director George Nashak said.

Janci, who’s been homeless now for the last year-and-a-half, said the memorial served as a sobering cautionary tale and a nagging reminder of the question that haunts her: If she dies homeless – will she be forgotten?

“You wonder sometimes and you wonder sometimes, where’s the end coming, ya now. But even today, I went to a program to see if I can get into it. And hopefully, if things work out, I have a good chance of moving into a place,” Janci said.