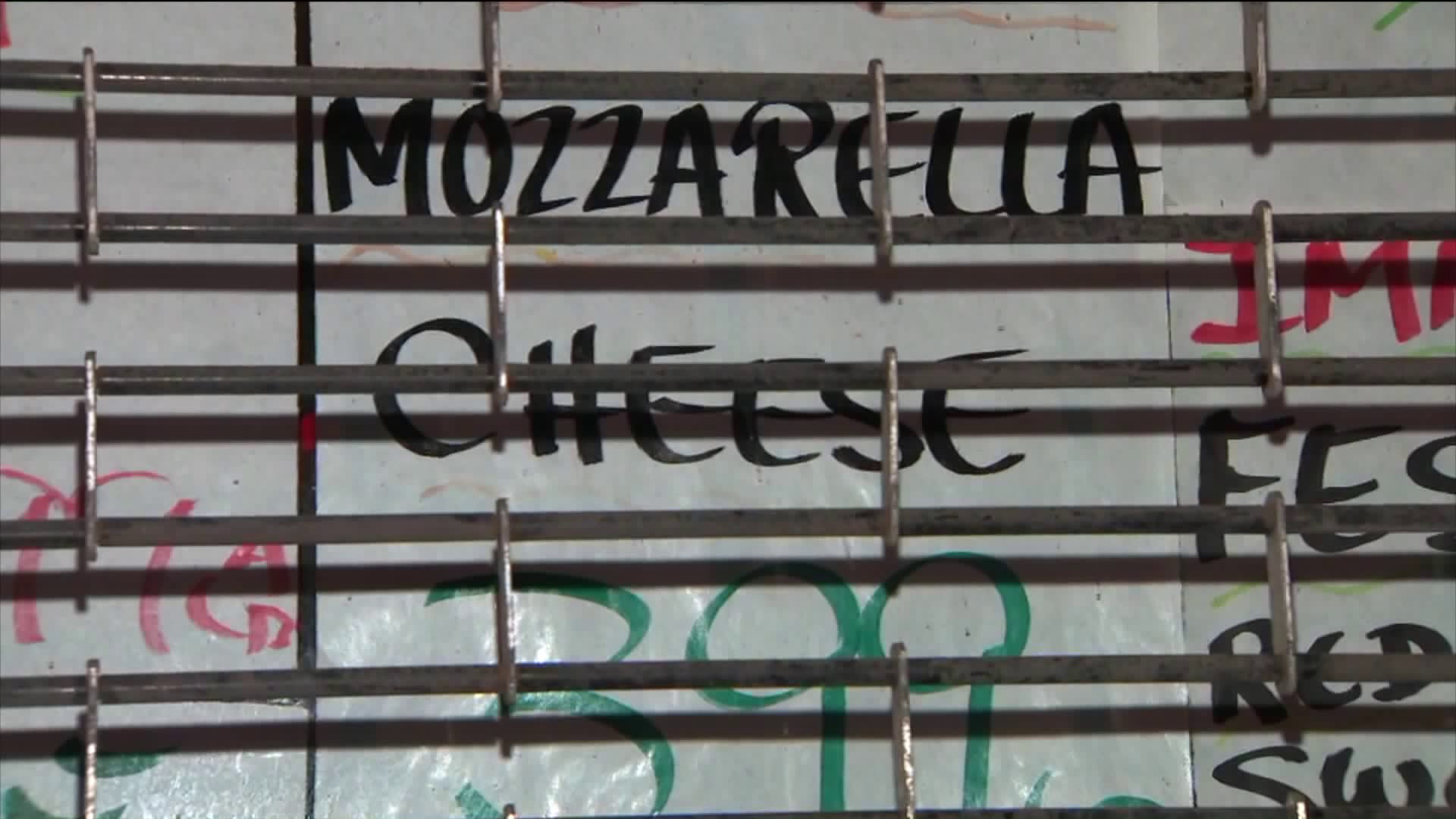 The owners of East Village Cheese shuttered their doors two weeks ago without providing any notice or explanation. Cheeses, breads and meat were left inside.

EAST VILLAGE, Manhattan — Cheese-craving customers congregated on the sidewalk in front of East Village Cheese on Thursday and peered through the gaps in signs advertising feta, mozzarella and stilton, but they were out of luck.

Kathy Gatti has been a long time customer of East Village Cheese. She was shocked to learn it had closed. (PIX11/Aliza Chasan)

The owners of East Village Cheese shuttered their doors two weeks ago without providing any notice or explanation. Their phone line is disconnected.

Neighboring businesses say the owners were behind on rent and hadn't paid their power bill. Cheeses, breads and meat were left inside. The block is beginning to smell without refrigeration.

"I think they've done a runner," Julia Knox, owner of the store next door, said. "There's something you could have done with that food rather than leaving it to stink up the hat shop next door."

Knox has contacted her council person and registered a complaint with 311.

"The smell of cheese has started to infiltrate my shop," she said to the man who picked up at the 311 call center. "This is a disgusting, moldy cheese smell."

Knox was familiar with the business back when it was on Third Avenue. They never picked up steam after closing for a month to move to the East 7th Street location.

East Village Cheese kept many loyal customers, but they also noted a decline in service after the move.

"First it was like there was less stuff and then it was all cash and no credit anymore," customer Kathy Gatti said.

Gatti had shopped there for years. She sent friends and family to buy cheese at the store.

"This is probably the best bargain in town," she said.

Matt Baldassaro, looking for those bargains, came to the shop to buy some treats for a cheese and wine party.

"This spoiled my party plans," he said. "Now I've got to go to Whole Foods."

A postal worker out delivering mail on the street noted she'd had mail for the business, but they hadn't filed a change of address.

Even Conrad Bradford, the broker who set the owners up in the location, was surprised by the close. He found out when he showed up intending to buy some platters.

"There's no reason why they shouldn't survive here, but they don't have the right approach," he said. "They started taking cash only and that was the kiss of death."