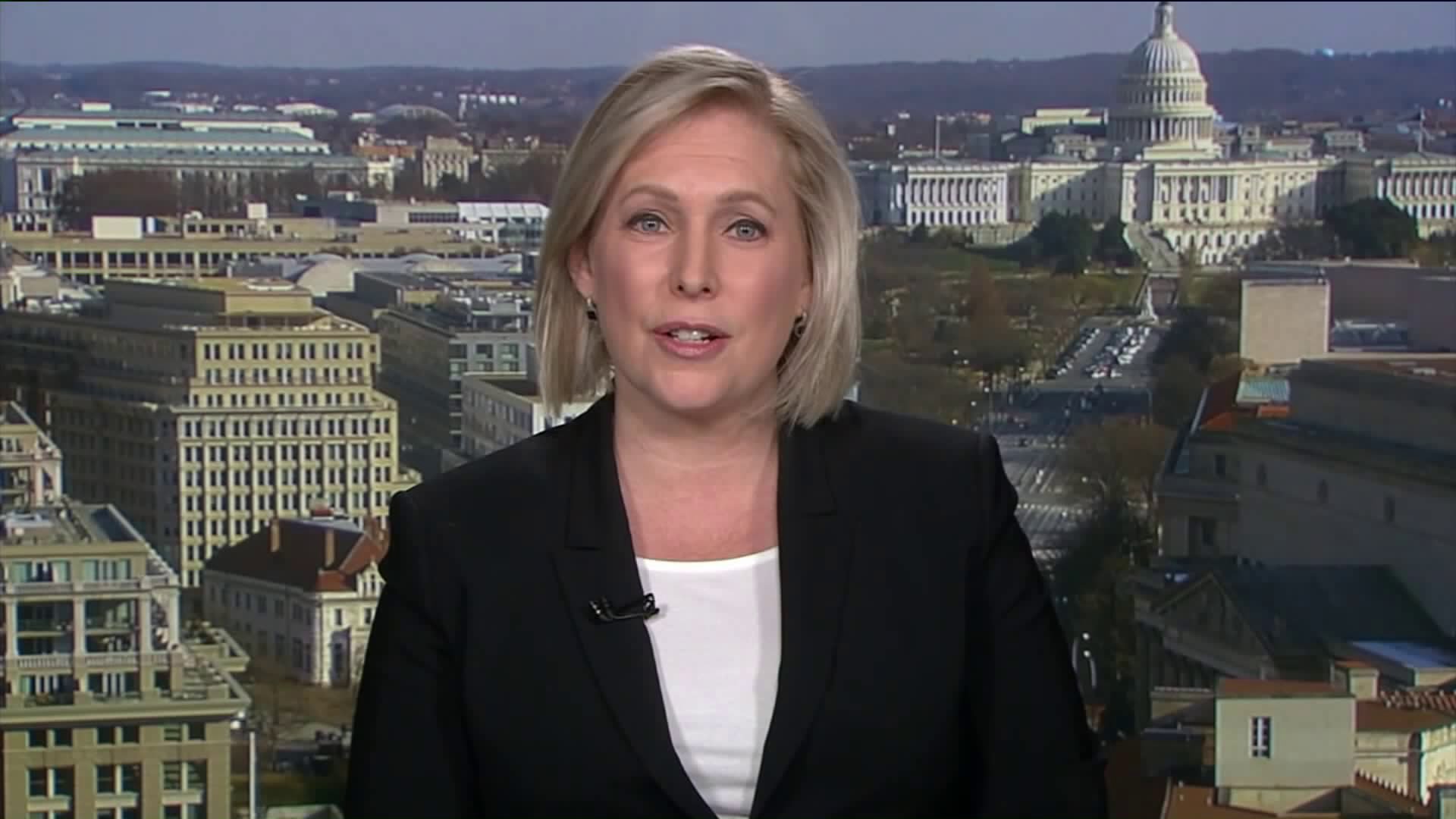 President Donald Trump lashed out at Sen. Kirsten Gillibrand on Tuesday, declaring the New York Democrat and frequent presidential critic had come to his office "begging" for campaign contributions and "would do anything" to get them.

A group of Democratic congresswomen is calling Monday on the House Oversight Committee to investigate allegations of sexual misconduct against Donald Trump, adding to a growing drumbeat of voices drawing fresh attention to accusations leveled against the President by numerous women.

In a letter to the panel's chairman, GOP Rep. Trey Gowdy, and the committee's top Democrat, Rep. Elijah Cummings, 56 female House lawmakers write that "the American people deserve a full inquiry in to the truth of these allegations."

"In the time of 'Me Too,' women across the country are coming forward with their own harrowing stories of sexual harassment and assault," says the letter, which was shared with CNN on Monday. "Members of Congress have also come under scrutiny and investigation, with some resigning, for improper sexual conduct. We cannot ignore the multitude of women who have come forward with accusations against Mr. Trump."

Trump responded to the call for an investigation Tuesday morning, calling it "fake news."

"Despite thousands of hours wasted and many millions of dollars spent, the Democrats have been unable to show any collusion with Russia - so now they are moving on to the false accusations and fabricated stories of women who I don't know and/or have never met," Trump tweeted.

"The President has denied any of these allegations," Sanders said. "The American people knew this and voted for the President and we feel like we're ready to move forward in this process."

The letter was spearheaded by the head of the Democratic Women's Working Group, Rep. Lois Frankel of Florida.

In an interview, Frankel told CNN that the growing "Me Too" movement -- in which people are the country have shared their stories of sexual harassment and assault -- was what motivated her to call for congressional oversight into accusations made against Trump.

"We're getting questions from lots of people: (Sen.) Al Franken's resigning and (film producer) Harvey Weinstein's getting fired and (former NBC anchor) Matt Lauer's getting fired, but how come nobody is taking seriously these accusations against the President?" she said.

The letter comes on the same day that a number of women who accused Trump of sexual misconduct held a news conference in New York City, detailing their accounts of being groped, fondled and forcibly kissed by Trump when he was a businessman.

At least 15 women have come forward with a wide range of accusations against Donald Trump, ranging from sexual harassment and sexual assault to lewd behavior around women. Of the women, 13 say Trump attacked them directly and two others say the witnessed behavior that made them uncomfortable.

Meanwhile, a growing number of Democratic lawmakers are calling on Trump to resign, including Sens. Kirsten Gillibrand of New York, Cory Booker of New Jersey and Jeff Merkley of Oregon.