Here’s what commuters can expect Tuesday after the subway attack 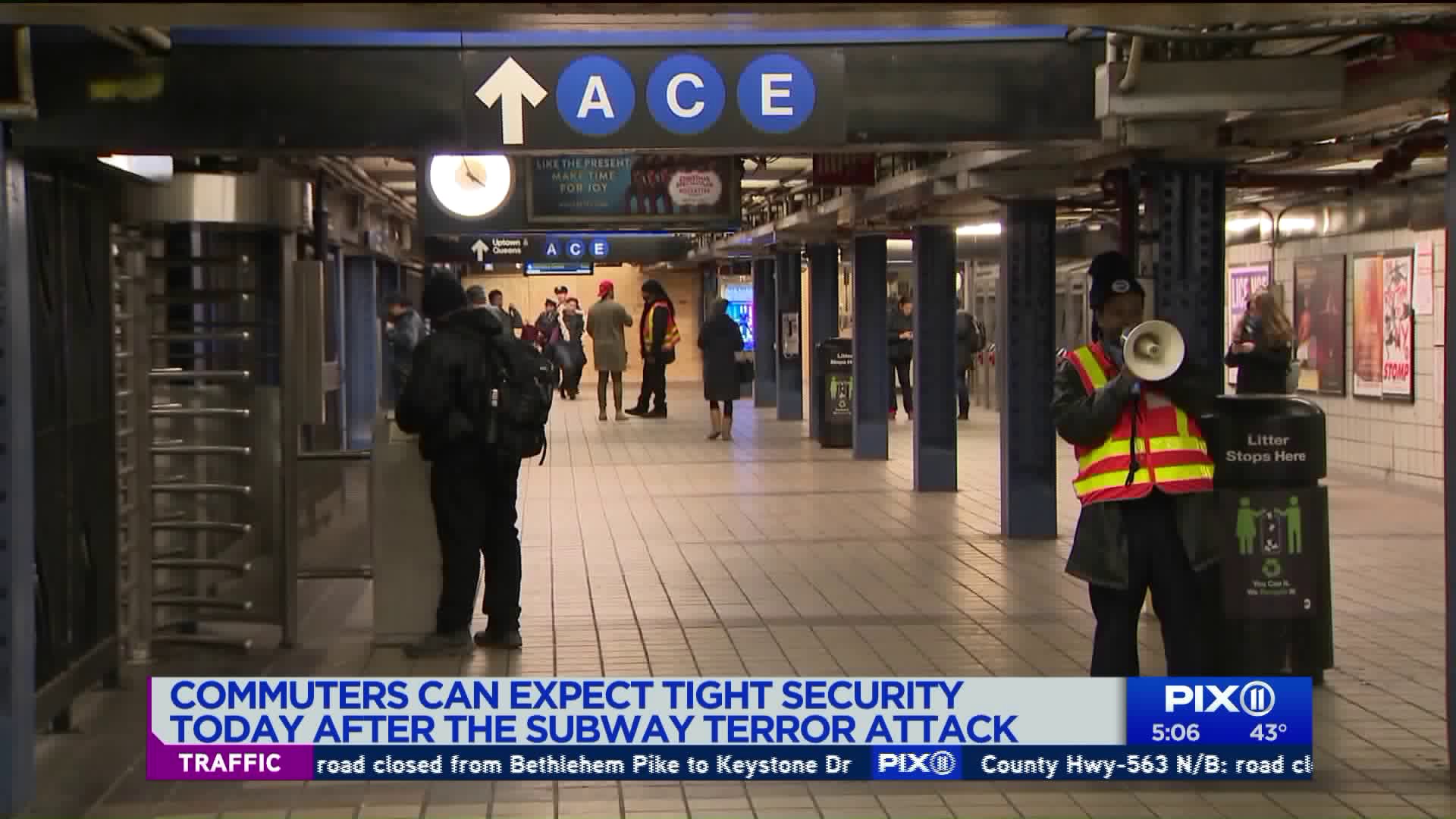 There is an increased police prescence throughout the city`s public transportation after the explosion at Port Authority.

NEW YORK — Commuters should face a typical morning commute Tuesday, other than the presence of increased security, a day after a bomb went off in a tunnel linking two of NYC's busiest transit hubs in an attempted terrorist attack.

Six million people ride the subway every day and a quarter million ride buses daily into the Port Authority Bus Terminal. Much of that came to a halt after an explosion Monday morning in an underground walkway connecting the Times Square shuttle and the Nos. 1, 2 and 3 subway line.

Trains bypassed Port Authority Bus Terminal and Times Square for a time, but lines were "totally up to speed" about two hours after the explosion, MTA Chairman Joe Lhota said.

The Eighth Avenue entrance to the Port Authority Bus Terminal’s north wing, between West 41st and West 42nd streets, remains closed, but two other entrances to the wing are open.

Trains, buses and terminals appear to be back to normal otherwise, but commuters are being reminded by city officials to be alert.

"There’s six million people that ride the train every day. It’s going to take everybody to have their eyes open, pay attention to what’s going on," said NYPD Commissioner James O’Neill. "If you see something that makes you uncomfortable, make that phone call or talk to a cop. Give us a chance to investigate."

How can #NYC can keep such a vast subway system safe? It takes all 6M people who ride the trains every day — everybody’s eyes and ears. If something doesn’t look right, doesn’t feel right — flag down a cop, give us a chance to investigate. Public safety’s a shared responsibility. pic.twitter.com/zd1Pk7u5Fl

Commuters can expect heightened security during their Tuesday commutes, as officials say they want to reassure riders that subways are safe.

The latest transit information will be posted on Twitter on NYCT Subway, NJTransit, PANYNJ, PABusTerminal, and PATHTrain/PATHAlerts as they become available.