Akayed Ullah: What we know about suspected subway bomber 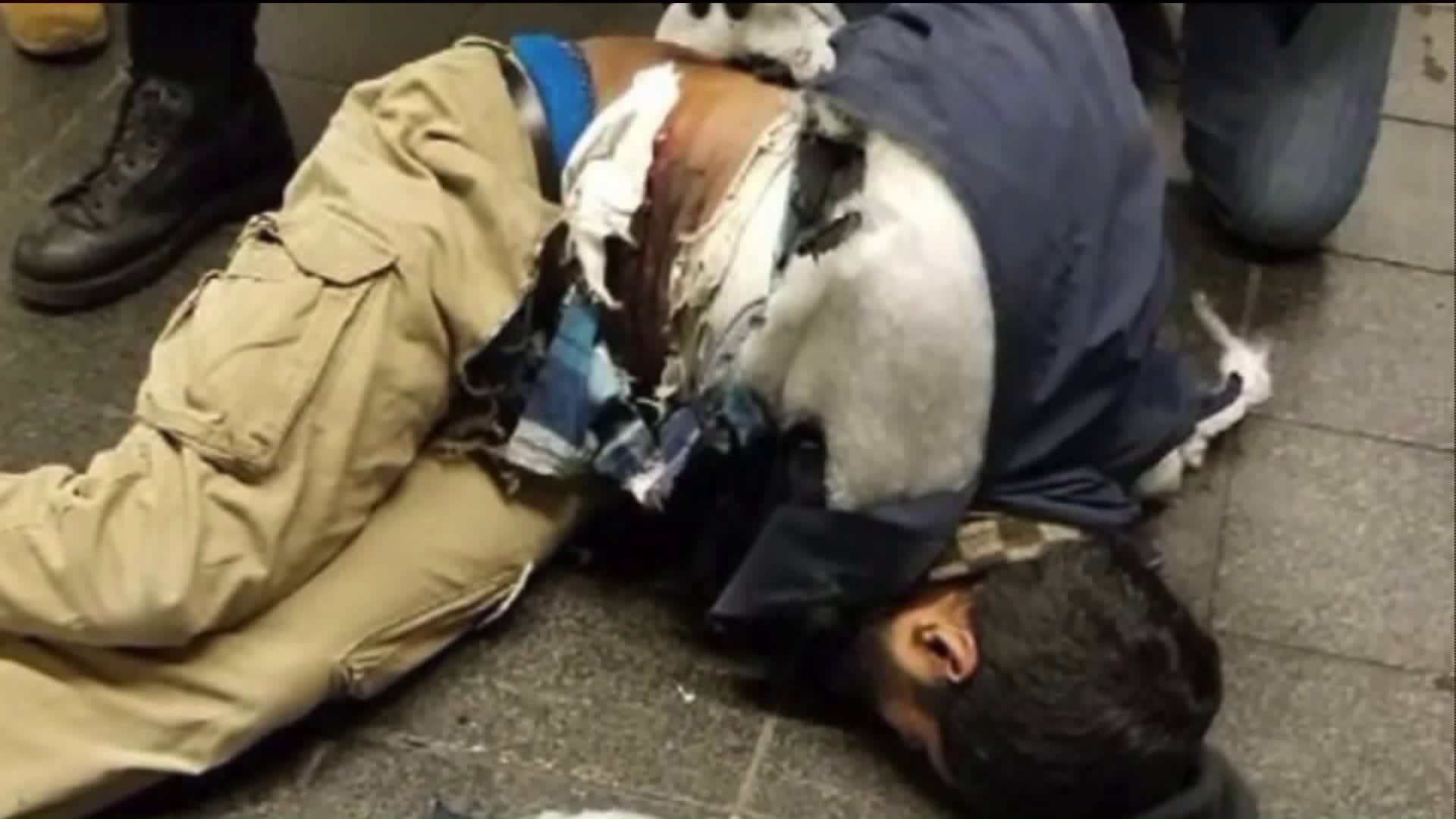 Neighbors say the 27-year-old who came to the U.S. from Bangladesh in 2011 never arose any suspicions.

MANHATTAN — Police said a 27-year-old man allegedly strapped a pipe bomb to himself in an attempted terror attack in a subway tunnel beneath the Port Authority Bus Terminal during the height of the Monday morning commute.

Akayed Ullah, of Brooklyn, is in custody at the hospital, according to NYPD Commissioner James O'Neill. He suffered burns and cuts to his hands and abdomen.

Citing a law enforcement source, CNN reports that Ullah told investigators he carried out the attack of recent Israeli actions in Gaza.

A photo of suspected subway bomber Akayed Ullah, 27, on Dec. 11, 2017. He allegedly detonated an "improvised low-tech explosion device" that was strapped to his body in a subway tunnel beneath the Port Authority Bus Terminal.

He allegedly used Velcro and zip ties to strap an "improvised low-tech explosion device to his body," according to O'Neill and John Miller, NYPD deputy commissioner of intelligence and counter-terrorism.

The device went off about 7:20 a.m. in a below-ground walkway that connects the Times Square shuttle and the Nos. 1, 2 and 3 lines.

Three people who were near the blast suffered minor injuries and took themselves to the hospital, FDNY Commissioner Dan Nigro said. They had ringing in their ears and headaches, injuries consistent with being in the area of an explosion. Police later said a fourth victim had been hurt.

When asked if the suspect claimed to be connected with ISIS, the commissioner said he "made statements" but would not confirm whether the bombing is linked to the terror group.

Ullah lives in Brooklyn and came to the U.S. from Bangladesh in 2011 on an F-43 family immigrant visa, according to the Department of Homeland Security. He is a lawful permanent resident of the U.S. and "benfited from extended family chain migrations," the agency said.

Akayed Ullah was arrested after allegedly setting off a pipe bomb in a tunnel leading to Times Square on Dec. 11, 2017. He is seen in a 2015 photo, when he was a licensed TLC driver. (TLC)

Ullah carried a TLC for-hire vehicle driver's license from March 2012 to March 2015, at which time it was not renewed, according to the New York City Taxi and Limousine Commission.

The agency did not know which companies Ullah worked for, or if he used his license to drive professionally, because he was an independent contractor.

Investigators believe Ullah acted alone. At this time, there's no indication of other, similar incidents and there are no credible or specific threats against New York City, Mayor Bill de Blasio said.

The mayor said the attack was meant to "undermine" what New York City stands for.

"The choice of New York is always for a reason because we are a beacon to the world and we actually show that a society of many faiths and many backgrounds can work and we show that democracy can work," he said.

Anyone with information about the suspected bomber or the attack is urged to call the terror hotline at 888-NYC-SAFE.