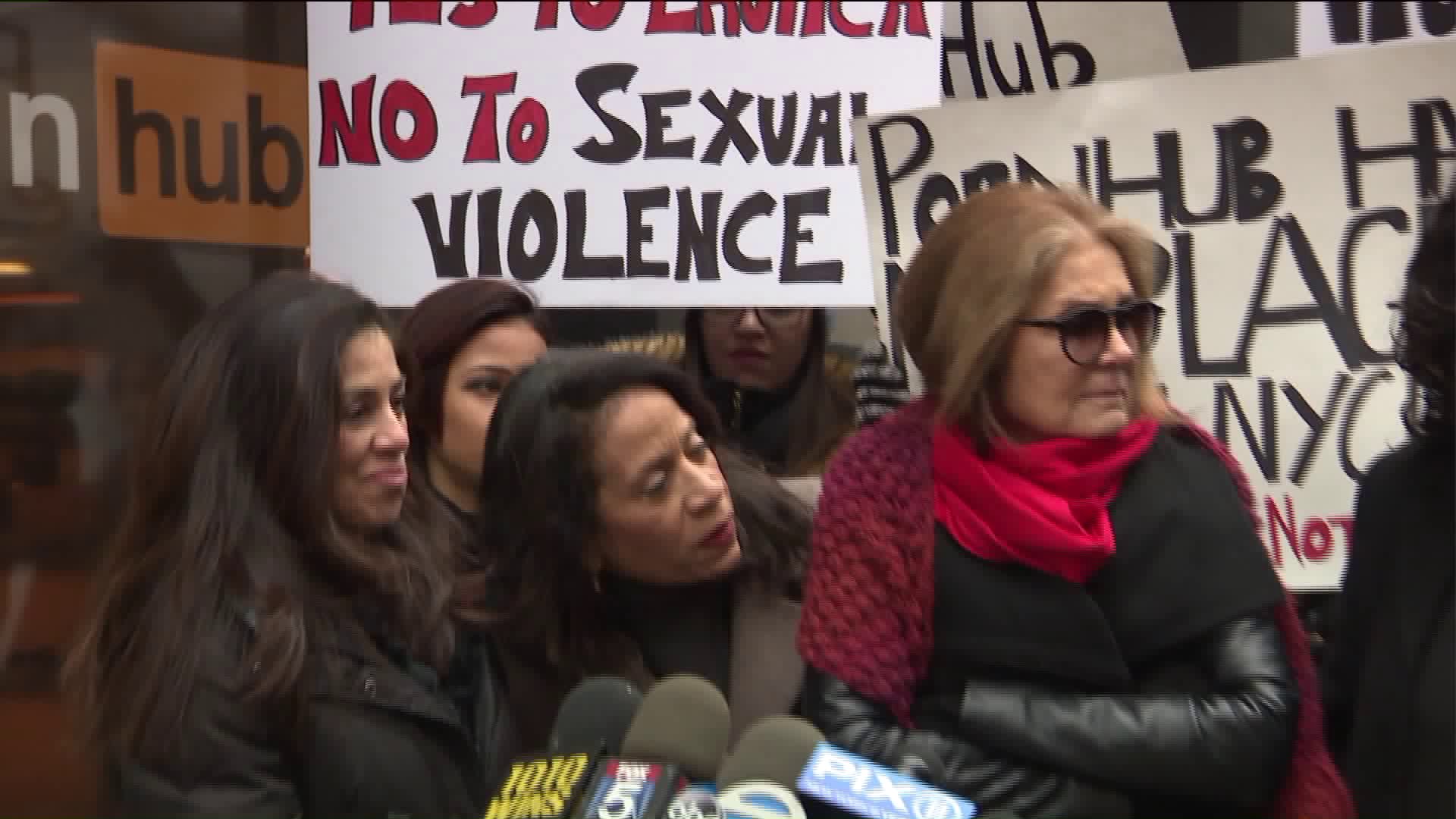 Among the demostrators was feminist, writer and activist Gloria Steinem.

The women’s rights advocates conducted an impromptu tour of pornhub’s inventory... highlighting the items they found extremely offensive for sale.

For some demonstrators, this store is personally offensive

Melanie Thoompson is a survivor of sex trafficking when she was just 12 years old.