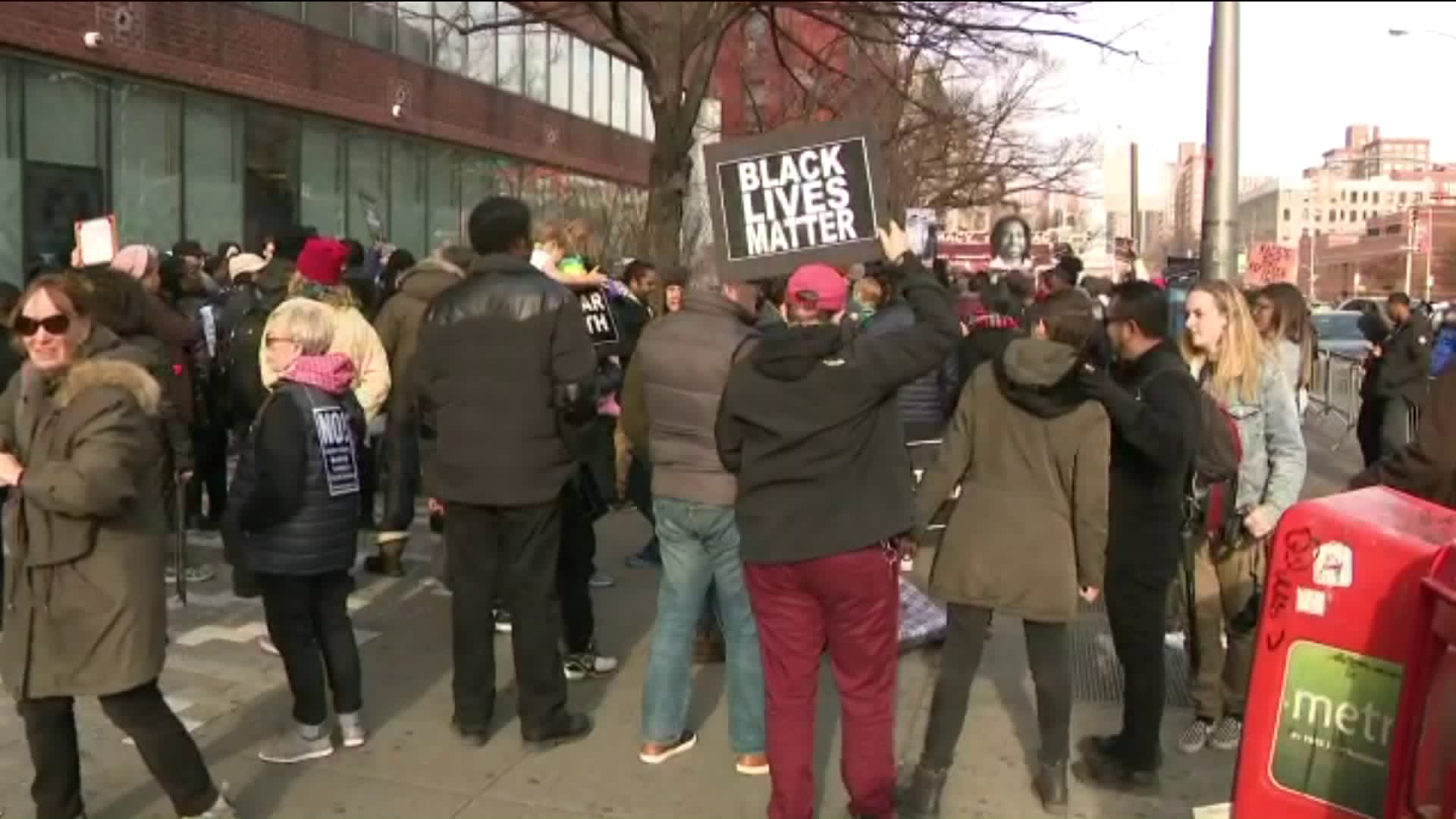 Students and activists organized a rally and march in protest of police brutality.

The march began at noon in front of the the Schomburg Center for Research in Black Culture on Malcolm X Blvd. Participants marched from there to Central Park West down to the Museum of Natural History.

The students organized the march with help from teachers and local activists from Black Lives Matter New York. They were joined by students from other New York City schools, including Nelson Mandela School For Social Change, Urban Assembly for Applied Math & Science and Schomburg Research Center in Black Culture Junior Scholars Program.

"Students have seen and experienced firsthand the ways people of color are affected by police brutality and systemic racism. Last year at this time, students were moved by the death of Deborah Danner, a 66-year-old mentally ill black woman from their community who was shot by police in her home. Her death inspired students to act last year, to work with teachers and community activists to plan the first Future of the City March," the march's press release stated.

The march was also inspired by the decision not to indict the police officer involved in Eric Garner's death on Staten Island in 2014, according to the press release.

At this year's march, people carried signs commemorating Philando Castile, who was killed by a Minnesota police officer last year.