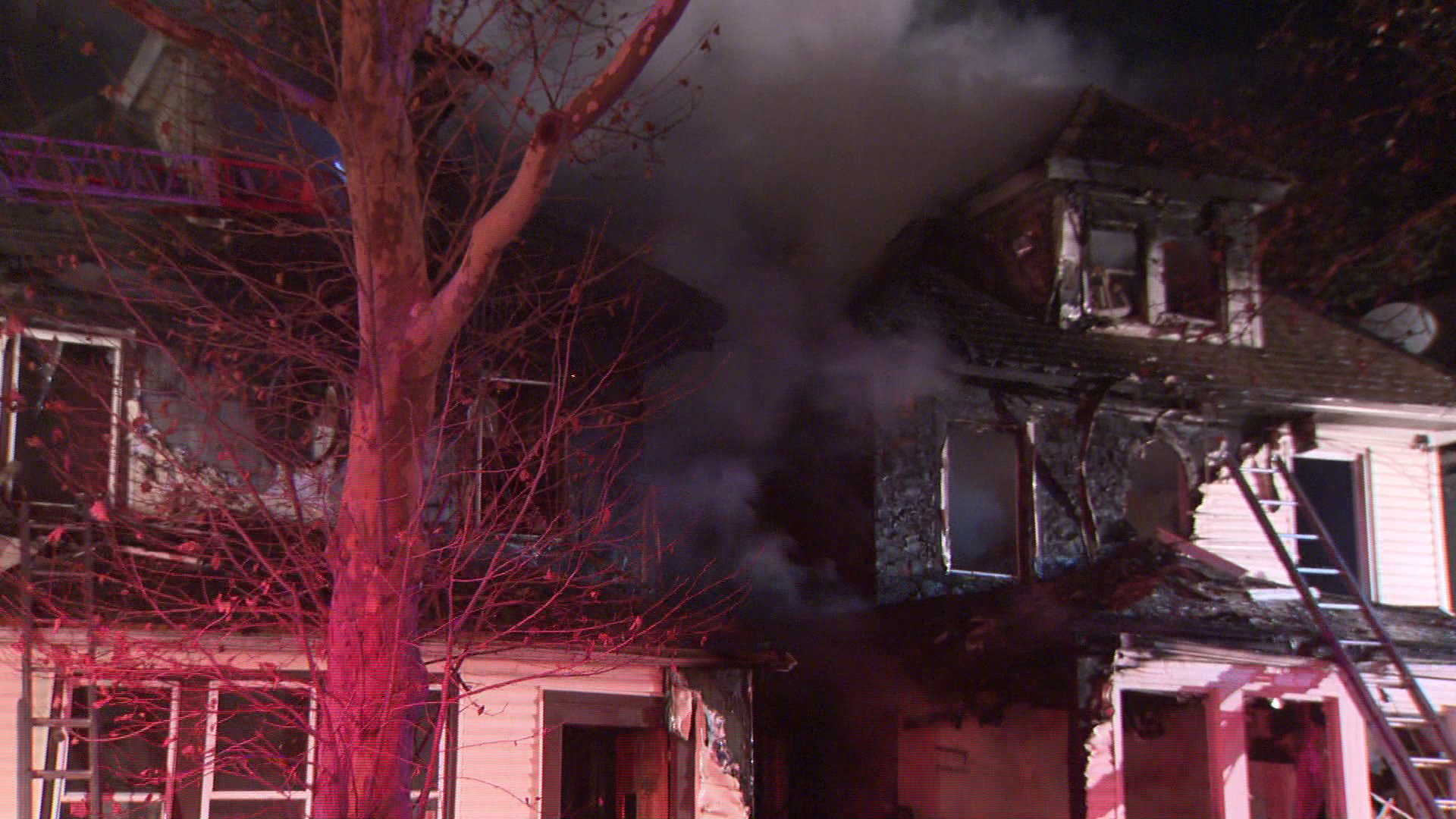 A man has lived in one of the homes for more than half a century. But he says he`s thankful he`s still alive and no one was hurt.

JAMAICA, Queens — A fire tore through two homes in Queens on Thanksgiving.

It broke out on 108th Avenue near Union Hall Street Thursday night and quickly spread from one home to another.

Firefighters knocked down the three-alarm fire around 8 p.m.

One firefighter was injured when ceiling fell on him during extinguishing operations, officials said. None of the homes' occupants were injured; they were out at Thanksgiving dinners. A person was inside one of the homes, but got out in time.

It was not immediately clear what caused the fire, but officials say it's suspicious because of the amount of fire.

The New York City Office of Emergency Management has advised residents to expect smoke and traffic delays in the area. People nearby should avoid smoke and close windows.