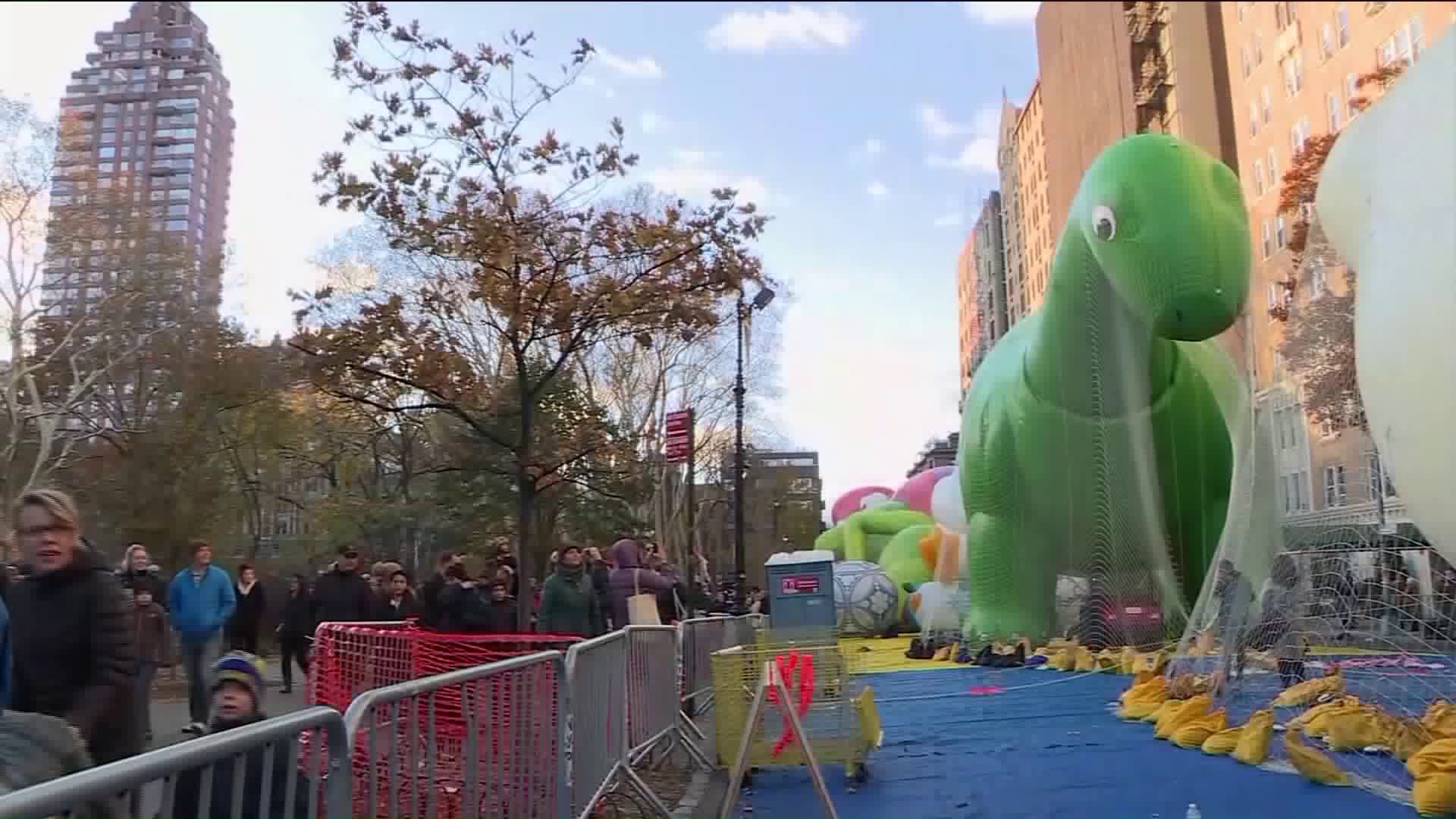 New faces and old favorites will fly, float and march in the Macy`s Thanksgiving Day Parade as police go all-out to secure it in a year marked by attacks on outdoor gathering spots.

NEW YORK — New faces and old favorites will fly, float and march in the Macy's Thanksgiving Day Parade as police go all-out to secure it in a year marked by attacks on outdoor gathering spots.

One of the nation's biggest outdoor holiday events, the parade makes its way through 2 ½ miles of Manhattan with marching bands, performers from Broadway hits, elaborate floats and signature giant balloons. Olaf from the Disney movie "Frozen" and Chase from the TV cartoon "Paw Patrol" will be among the new balloons Thursday, along with a new version of the Grinch of Dr. Seuss fame.

The parade also will feature heavy security, including officers with assault weapons and portable radiation detectors among the crowds, sharpshooters on rooftops and sand-filled city sanitation trucks poised as imposing barriers to traffic at every cross street.

"Every year the NYPD has done more to keep this event tonight and the parade itself safer," Democratic Mayor Bill de Blasio told crowds gathered to watch the balloons being inflated Wednesday. "Because we understand we are dealing with a very challenging world. And so the amount of resources and personnel we put in has increased each year to make us safer."

Authorities say there is no confirmation of a credible threat to the parade, but it comes after a truck attack on a bike path near the World Trade Center killed eight people in October. Weeks earlier, a gunman in a 32nd-floor Las Vegas hotel room rained bullets on a crowd at a country music festival, killing 58 and injuring hundreds.

New York City's mayor and police brass have repeatedly stressed that layers of security, along with hundreds of officers, will be in place for the Thanksgiving parade and that visitors shouldn't be deterred. But they're asking spectators to be alert for anything suspicious.

Police officers will escort each of the giant balloons to help monitor wind speeds and ensure the wafting characters don't go off course, but winds weren't expected to climb above 17 mph.

In 2005, a balloon caught an unexpected gust of wind and struck a lamppost in Times Square, injuring two people. Since then, the parade has been accident-free.

The 91st annual parade begins at 9 a.m. and will be broadcast live on NBC. Smokey Robinson, Jimmy Fallon, The Roots, Flo Rida and Wyclef Jean will be among the stars celebrating, along with performances from the casts of Broadway's "Anastasia," ''Dear Evan Hansen" and "SpongeBob SquarePants," plus a dozen marching bands.