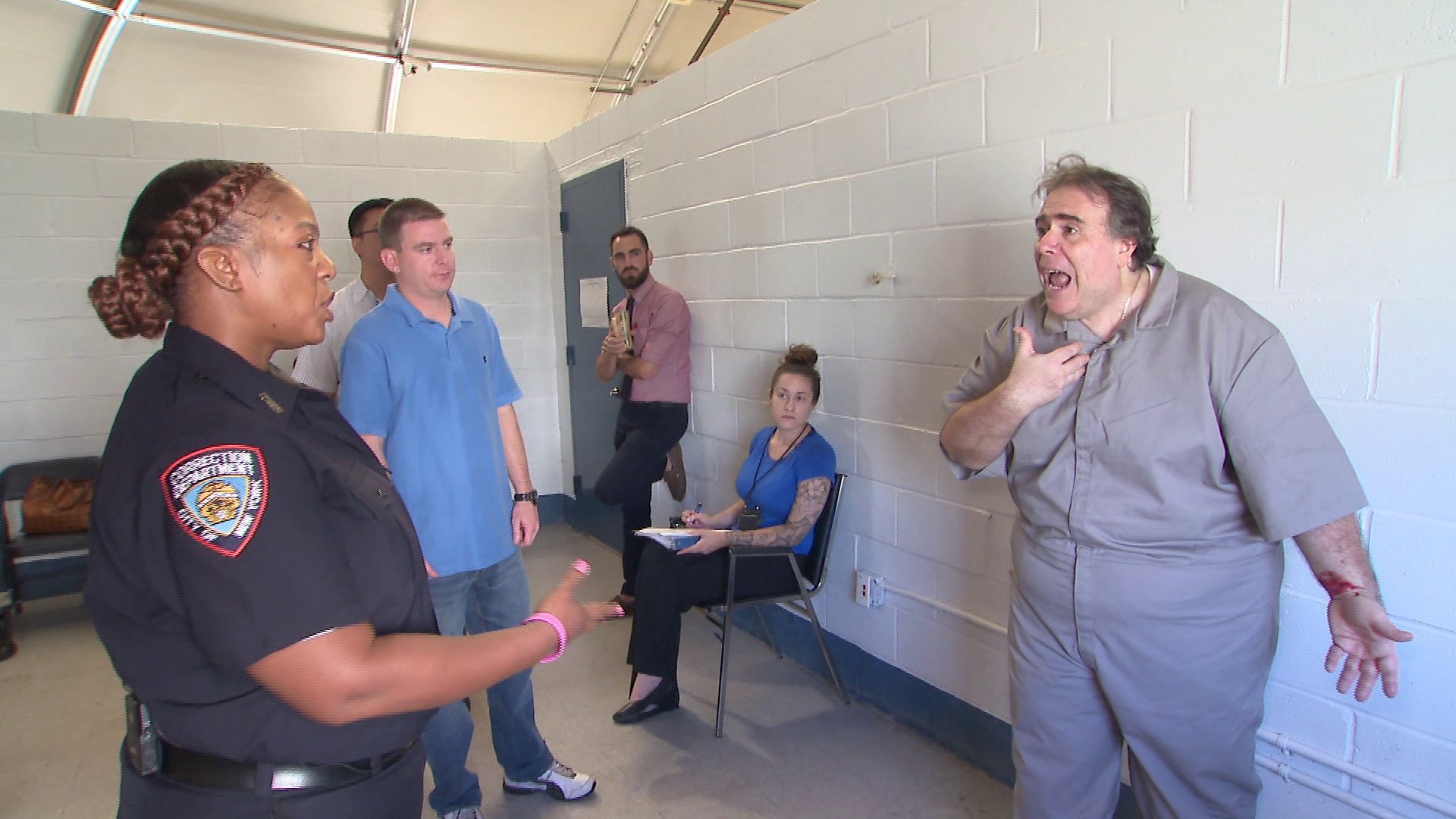 Rikers has a history of violence between inmates and corrections officers - many of those inmates suffer from mental illness. The jail is trying to change that.

Rikers Island has a troubled history, packed with notorious violent incidents: inmates and corrections officers have both attacked.

Some of that violence has involved inmates who suffer from mental illness. The Department of Correction is trying to change that with a crisis intervention team made up of DOC staff and mental health professionals.

“It’s not that the officers are brutal and the inmates are all bad," said Deputy Warden John Gallagher. "This environment creates this horrific behavior and when you deal with the mentally ill, it's worse.”

One former inmate spent three years in Rikers on a gun charge. He suffered from PTSD and deep depression while in Rikers, which he described as "hell on earth." His identity is being concealed for his safety.

"They take more advantage of those with mental health issues than with someone who’s not," he said.

Officers at Rikers are being newly trained for crisis intervention. They play out scenarios inspired by real-life events at Rikers so they can learn how to appropriately respond. The goal is to de-escalate a situation.

Deputy Warden Gallagher helped create the training program along with Dr. Anthony Waters from the Health and Hospitals Department.

“I think there wasn't an understanding of where some of the behaviors were coming from," Dr Waters said.

"They teach you not only how to de-escalate, but they teach how to think about what the inmate is saying," Dyce said.

About 40 percent of the 9,400 inmates at Rikers have some sort of mental health issues, DOC data shows. Some of those are serious psychiatric diagnoses.

“We want to make sure that people are able to get the treatment they need, make sure the provider is safe," said Deputy Commissioner for Health Affairs for NYC Dr. Nichole Adams.

So far, around 2,000 officers have been trained on how to defuse conflicts with inmates and increase safety in city jails.  That includes nearly 400 correction officers on Rikers.