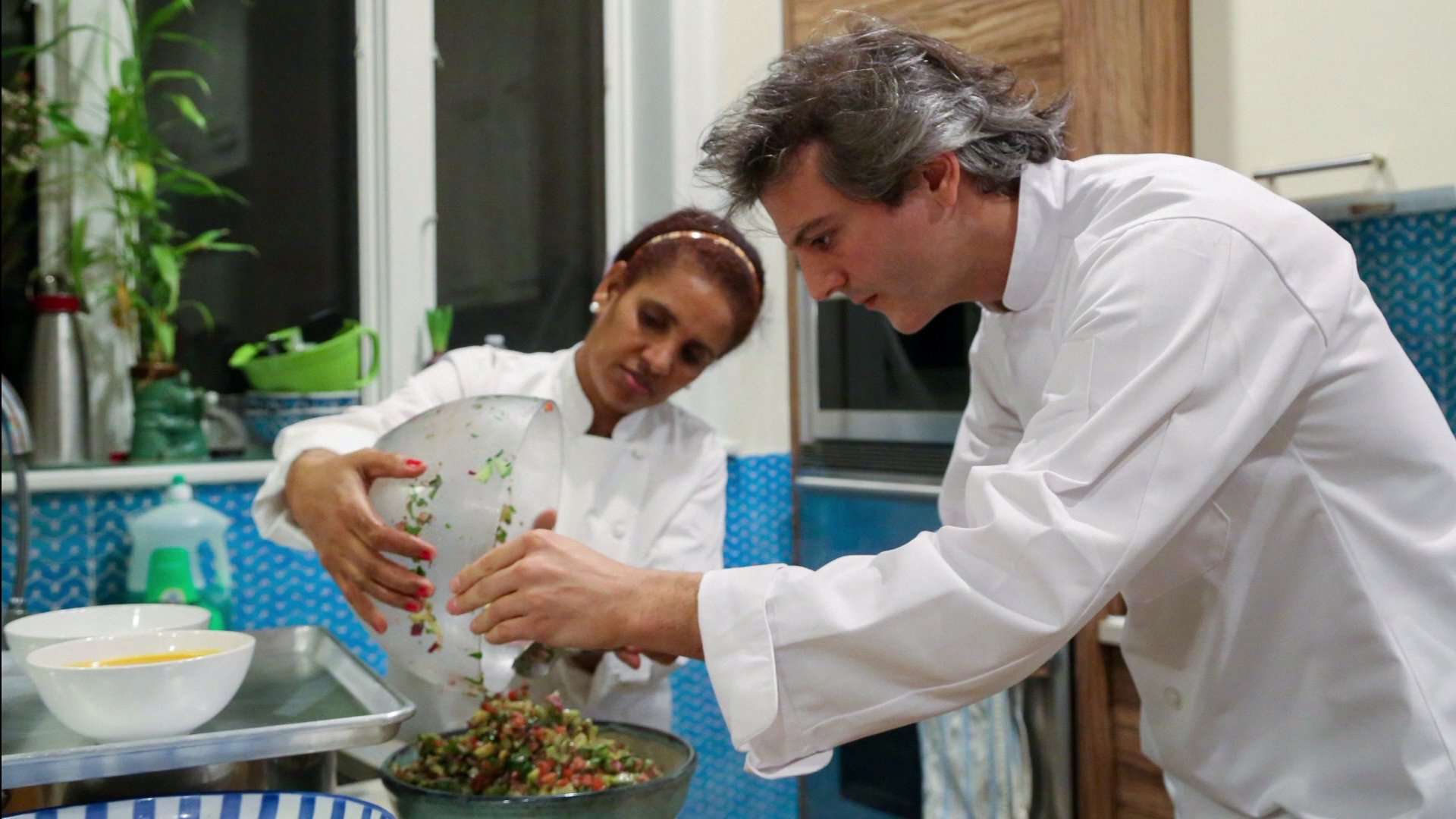 Entrepreneur siblings started a one-of-kind catering business that finds and recruits refugees who know their way around the kitchen and trains them to be professional chefs.

NEW YORK — While families across the area converge on the dinner table this Thanksgiving, there’s something extra special brewing inside the kitchen of Manal and Wissam Kahi.

The entrepreneur siblings are the brains behind Eat Offbeat – a one-of-kind catering business that finds and recruits refugees who know their way around the kitchen and trains them to be professional chefs.

The idea all came together after Manal, who had just moved to New York, could not find hummus that matched that of her grandmother’s back in Behruit.

“I started making my own based on my grandmother’s recipe and when that started becoming super successful, I mentioned that to Wissam and [he] said why don’t you sell it?” she told PIX11.

What started as a craving for traditional hummus soon expanded to a business with a purpose, even landing the brother and sister top honors at WeWork’s Creator Awards.

According to them, their goal is to bring quality jobs to refugees from countries like Nepal, Syria, Senegal and many more – where authentic cuisines are aplenty.

“It’s showcasing what this country has been built on which is immigrants that come here and make it and they fulfill their American dream,” Wissam Kahi explained.

In most cases, the recipes have been passed on from generation to generation. Some of them are not even written down.

Chef Nasrin, a refugee from Iran and a current chef with Eat Offbeat, tells PIX11 it was her grandmother who taught her everything she knows and she plans to make her proud here in the Big Apple.

“[My dream is] to open a small restaurant in New York,” she said.

And thanks to Eat Offbeat, New York City will now get to taste what so many generations in Chef Nasrin’s family have, and in the process, hopefully change the refugee narrative that’s so often demonized by politics.

To learn more about Eat Offbeat and how you can delve into authentic cuisine, visit their website.