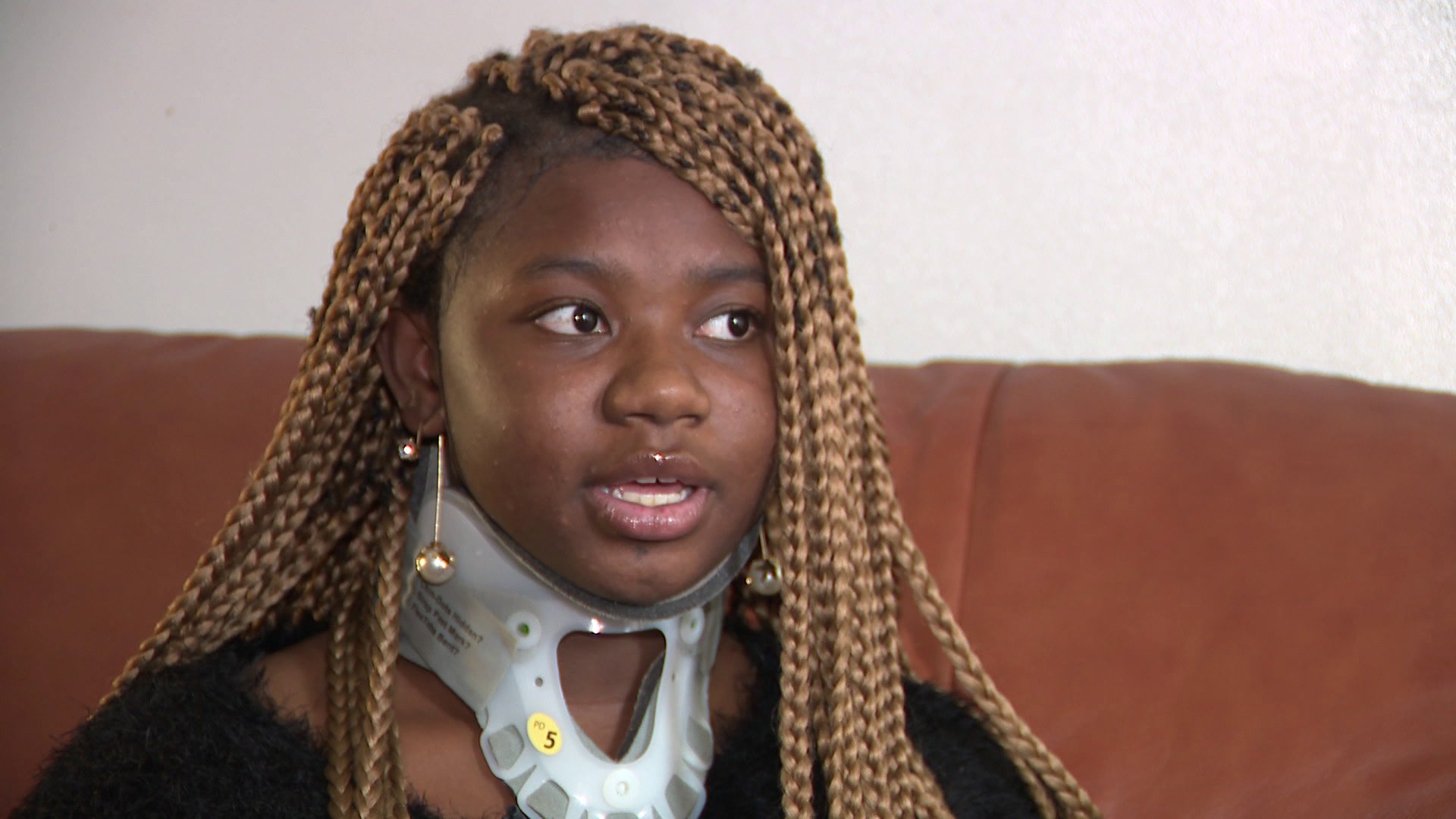 She says her cries for help fell on deaf ears. She was beaten at a school dance.

SPRINGFIELD GARDENS, Queens — A Queens girl has been the victim of persistent bullying since she was in the third grade, but it turned violent at a school dance this November.

The 13-year-old girl was at the I.S. 59 fall dance in the school's gym on Nov. 10 when she was attacked. She's still in a brace because of her injuries.

"I feel them pull my hair and I fall off the bleachers,"Mureen Doherty said. "I land face first on the wood floor and then I just feel, getting stomped."

She was taken to the emergency room and treated for a concussion and injuries to her neck. The teen says five to 10 people attacked her.

"In a way I feel lucky to be alive because this is a serious injury and I could have actually died from the injury," she said.

Her mom has begged school officials to respond to the harassment for months. She said it started with rumors around the school and morphed into cyber bullying. Her daughter was threatened with rape and death.

"The kids today, they don't really play in the park," Camille Doherty said. "Social media is their playground."

The teen transferred schools for a fresh start, but it hasn't helped.

"It makes me feel sad," the teen said. "But at the same time, I'm pretty much used to it, which is a bad thing because I've been dealing with bullies since third grade."