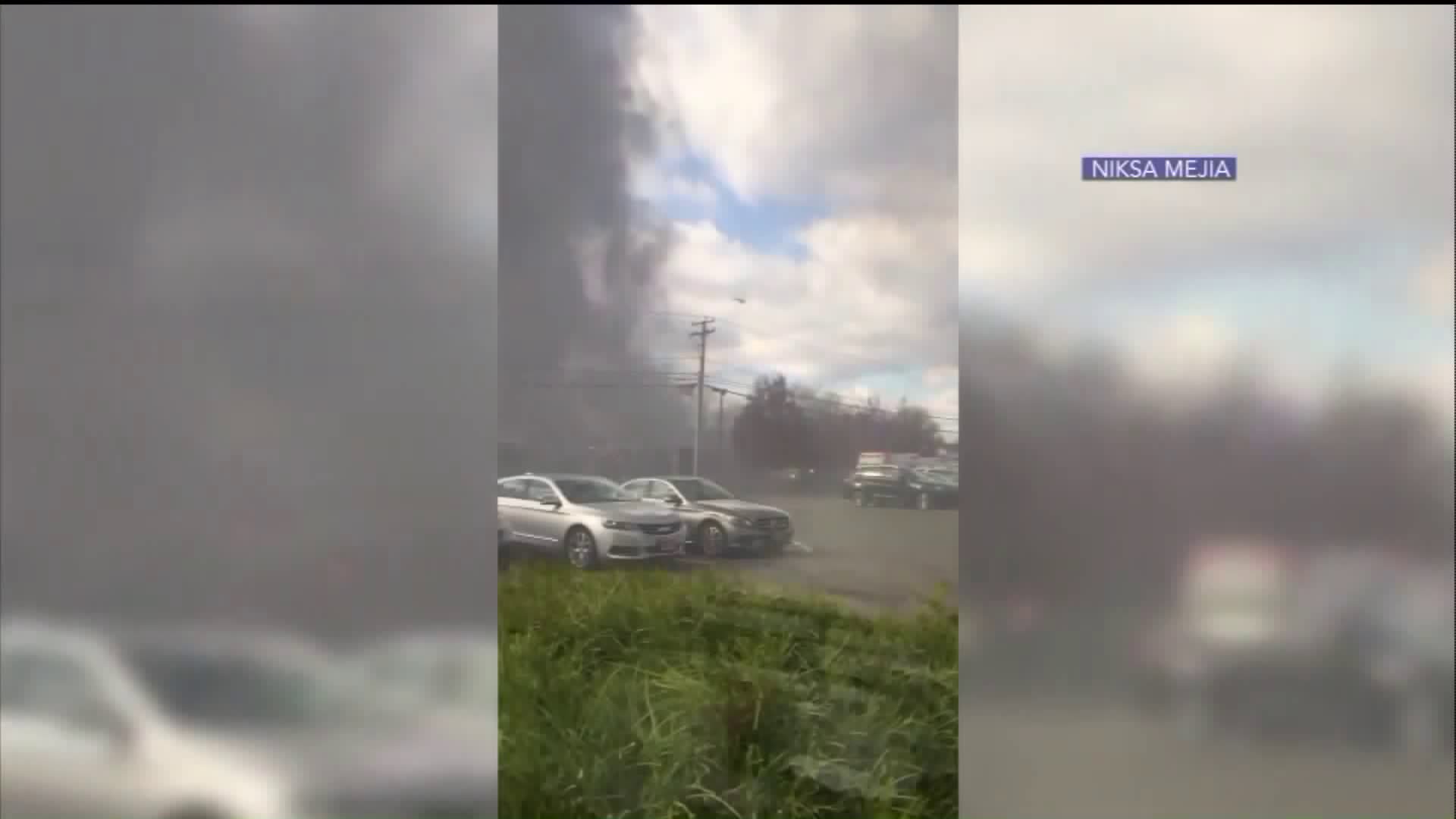 The death was confirmed by the Orange County Executive. A worker was reported unaccounted for following the fire, but it is not know if the body pulled from the fire was that worker.

NEW WINDSOR, N.Y. — A male was found dead hours after a chemical fire broke out in a cosmetics factory in New Windsor, setting off multiple explosions, injuring more than 30 people and several firefighters, and spurring a shelter-in-place order for residents near the blaze.

The death was confirmed by the Orange County Executive. A worker was reported unaccounted for following the fire, but it is not know if the body pulled from the fire was that worker.

At least 30 workers are injured, according to an official with Orange County Department of Emergency Services. Seven firefighters were also hurt. All of the victims suffered non-life threatening injuries, the official said.

Officers heard an explosion about 10:15 a.m. coming from the plant. When they arrived, they saw smoke billowing from the facility then they heard a second explosion in the north section of the plant.

About 120 firefighters from 30 agencies across the county and state responded to the blaze, an official said. The fire was under control as of 5:30 p.m.

Verla International makes nail polish, lotions, perfumes and other cosmetic products, according to its website.

An official said 250 employees worked at the facility.

Verla International has been hit with 12 violations this year at the New Windsor plant, according to the Occupational Safety and Health Administration (OSHA). The violations are related to maintenance and flammable liquids for fines totaling $62,198.

It's too soon to know what suite of chemicals are in the building, said Basil Seggos, commissioner of the New York State Department of Enviromental Conservation. The primary chemical used to create nail polish at the facility is alcohol-based, he said.

"The air appears safe to breathe" and there's no concern currently of water contamination in the area, Seggos said. Air quality is being monitored.

Shortly after the fire began, residents within a half-mile radius were ordered to shelter in place with their windows closed, according to Orange County Emergency Services. That order was lifted at 1:30 p.m.

The 37-year-old New Windsor-based company is located about a half mile from the town hall and police station.