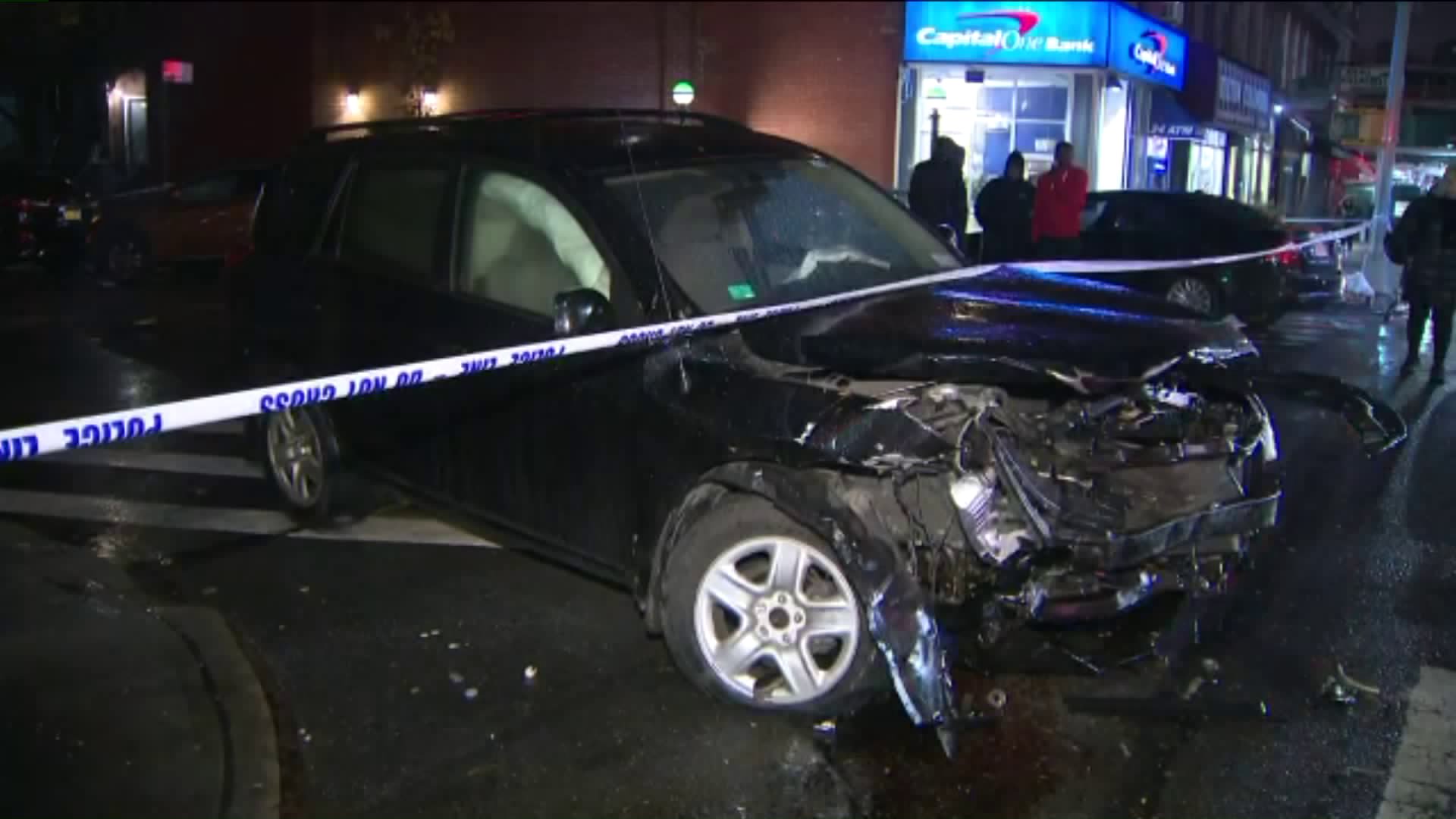 CLINTON HILL, Brooklyn — A car being pursued by cops crashed into an MTA bus and two other cars, sources say.

Just before 4 p.m. on Saturday, plainclothes police officers initiated a car stop in the Clinton Hill neighborhood of Brooklyn. The car reportedly did not stop for the cops and took off. The driver drove through a red light, according to police.

The car hit an MTA bus and two other cars before striking plastic cones on the median.

Officials say that eight people were injured, including the driver of the car and the bus. The injured are being treated at a Brooklyn hospital.

Police have one person in custody with the charges pending. Officers are still searching for one suspect.