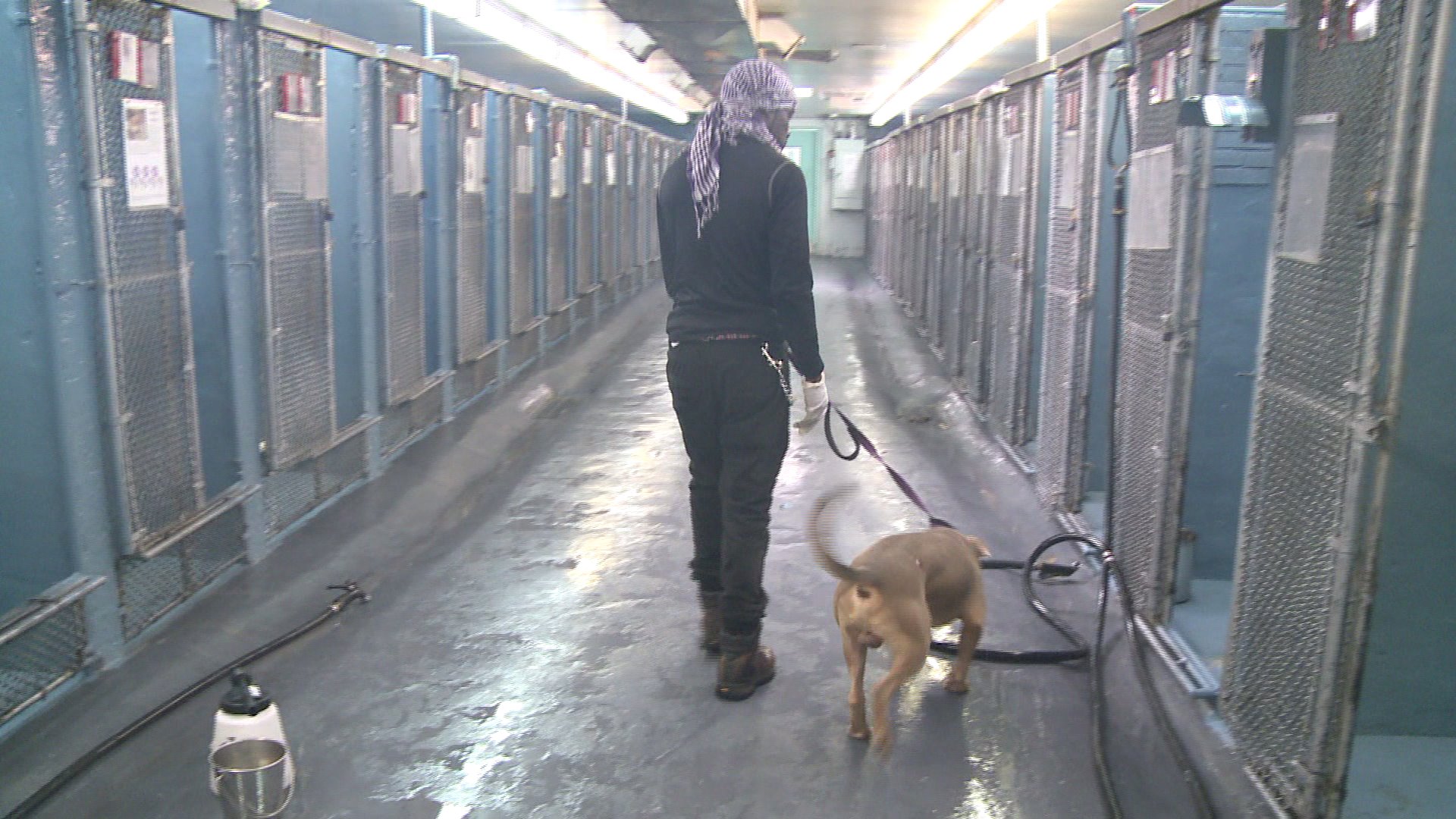 For over two months, PIX11 has been investigating numerous animal cruelty allegations from former workers and volunteers at the Newark facility. Now the executive director has been charged with animal cruelty.

NEWARK, N.J. — The executive director of a Newark shelter that has become infamous within the animal welfare community has been charged with animal cruelty.

The New Jersey Society for the Prevention of Cruelty to Animals (NJSPCA) announced charges against Roseann Trezza, executive director of Associated Humane Societies, for incidents at the Newark location.

Trezza, 70, of Matawan, N.J., is being charged with failing to provide necessary care to multiple animals, with violations ranging from filthy water bowls to commingling sick and healthy animals.

For over two months, PIX11 has been investigating numerous animal cruelty allegations from former workers and volunteers at the AHS Newark facility.

A recent joint inspection by the City of Newark and the state’s Department of Health uncovered a slew of violations, including animals kept in cramped enclosures without any exercise or light. Many of the animals are getting euthanized before being held the required seven days.

The problems at this so-called “house of horrors” date back much longer, to the 1980s, according to state investigators, and are part of a “maddening” culture there.

The images are heart breaking. Dogs and cats forced to lie in their own squalor.

Most are sick, some are on the verge of dying and a majority are neglected.

Those are the claims being made by over a dozen former and current volunteers and workers at Associated Humane Societies in Newark – one of New Jersey’s largest and busiest animal shelters which services over a dozen municipalities in the state.

To their disbelief, inspectors also discovered a live skunk in a carrier, covered in blankets and sitting directly in the sun.

Video exclusively obtained by PIX11 gives just a glimpse of the conditions. The footage shows dogs locked away in a cellar. They rarely get exercise or have human contact, a source tells us, all while loud music and constant alarms sound off in the background.

“It was bad, you had to carry the dogs in and out because they didn’t want to go back in,” a tearful Debra Ann Honan described to PIX11 News.

Honan worked as a volunteer at AHS for 3 years and, according to her, when volunteers or workers speak out against the horrid conditions – it results in immediate termination.

“It starts at the top – there needs to be changes,” she said.

For decades, AHS in Newark has become infamous within the animal welfare community.

Deplorable and horrendous conditions at the facility date back to the 1980s – something state investigators acknowledged in a scathing 2003 report. Inspection reports in 2009, 2011 and now in 2017 turned up the same – if not worse – conditions.

People we spoke to for this report say the person at the center of the dysfunction is the shelter organization’s current Executive Director Roseann Trezza, who has served on the AHS Board of Trustees since the 1970s.

Former workers – some who did not want to be identified in fear of retaliation – described the culture within AHS as “maddening.”

According to inter-office emails provided to PIX11, management appears to be aware of the dysfunction but doesn’t seem to care.

“It’s like a teacher teaching in a classroom and not liking kids,” a former worker who did not want to be identified told PIX11. “How do you have someone running a facility that has no compassion whatsoever for animals.”

What’s even more disturbing – according to our sources - under the direction of Trezza, the shelter would regularly hold animals with compelling stories hostage until the not-for-profit would raise a certain amount of funds through donations.

One of those cases involved a pit bull nicknamed “Vinnie Van Gogh,” a bait dog that suffered a number of injuries. His story of survival went viral in 2014.

“They held that dog for months from being adopted,” an anonymous source said. “Just to keep the donations to keep coming in – there have been so many cases like that.”

When PIX11 cameras made a recent unannounced visit to the Newark shelter, it appeared the horrific conditions detailed in the state’s inspection had – at least for this visit – improved.

The facility is currently running with a temporary license while it makes improvements to get back into compliance.

Assistant Director Jill Van Tuyl, who is fairly new at the shelter, acknowledged there are problems at the facility and insists the staff is currently working around the clock to remedy the situation.

“There are things that we changed now that I would’ve liked to have changed sooner and I think it’s a good thing,” she said.

Despite a track record of violations and years of failed inspections, the New Jersey Society for the Prevention of Cruelty to Animals  – the state’s law enforcement agency for animal cruelty – took no action against AHS.

The agency itself was the subject of a blistering report by the State Commission of Investigation, where it was dubbed "wolves in sheep's clothing" full of so-called "wannabe cops" who fail to investigate animal cruelty cases in a timely manner.

With a questionable reputation of its own in the spotlight – and on the heels of a months-long PIX11 investigation – the NJSPCA finally closed in on the organization’s executive director Wednesday.

Trezza was charged with 8 criminal counts and 8 civil counts of animal cruelty including failing to provide necessary care to multiple animals, with violations ranging from filthy water bowls to commingling sick and healthy animals.

It’s the first step to fixing what one volunteer described as “Newark’s House of Horrors” where animals are said to struggle to stay afloat – and alive - amid dysfunction.

“The animals that come to these places are at the mercy of these people,” former SPCA chief officer Stuart Goldman told PIX11. Goldman currently works as a private investigator who specializes in animal cruelty. “If they want to leave an animal in the hot blazing sun, they want animals sneezing and coughing bloody diarrhea, there’s nobody there to stop them.”

Numerous interview requests were made to Roseann Trezza for this story. None were answered.