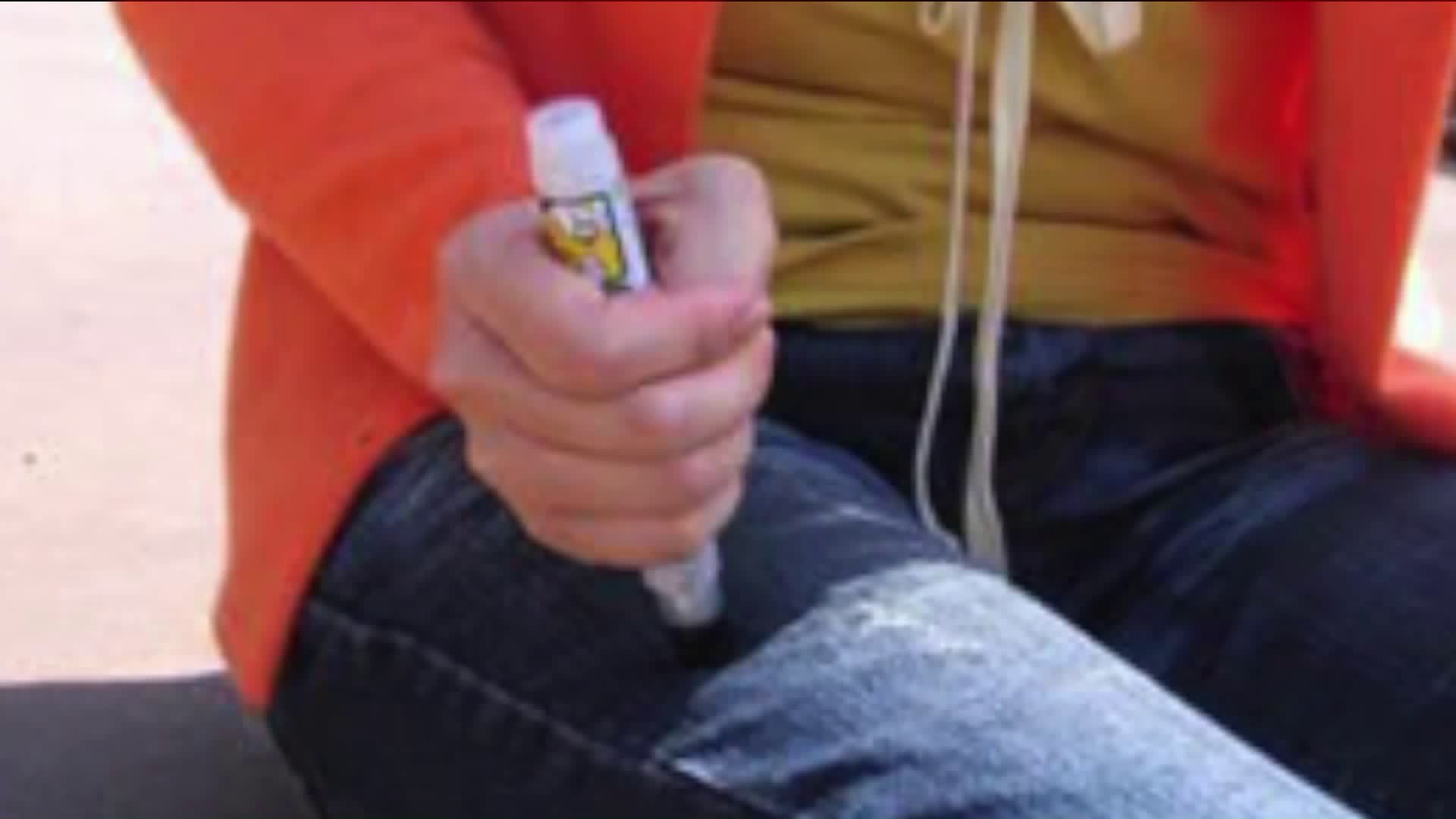 A 3-year-old boy with a severe dairy allergy died after someone at school allegedly gave him a grilled cheese. Now parents are pushing for changes at schools.

NEW YORK — Thousands of NYC parents have signed a petition for city schools to require EpiPens on their campuses following the death of a toddler who had a deadly allergic reaction.

EpiPens, life-saving devices that stop an allergic reaction, are now top of mind for so many parents of Head Start-Early Education age children, especially after 3-year-old Elijah Silvera suffered a fatal dairy allergy reaction, after someone at his Harlem school gave him a grilled-cheese sandwich.

Now, there’s an online petition asking newly re-elected Mayor Bill de Blasio to listen to the almost 4,300-plus people who have signed it, to send EpiPens to all  New York City Schools, not just buildings with nurses, and then train staff on how to use them.

Tanya Oyewale picked up her 4-year-old son, Jarius, Tuesday night from his teachers at a Manhattan, Upper West Side pre-K program, fully recognizing the parental trust required to leave him in their care.

The school where Oyewale works is on board, but only voluntarily.

PIX11 News spent Tuesday afternoon calling school districts all across our region, from Ramsey and Bogota in Bergen County, New Jersey, Yonkers across the Hudson River in Westchester County, to Valley Stream and Farmingdale in Nassau County, Long Island, in addition to Port Jefferson and Babylon in Suffolk County.

All of these school districts either have someone on staff ready to administer an emergency EpiPen dose, have free EpiPens on hand, or have lunch aides walking around with them.