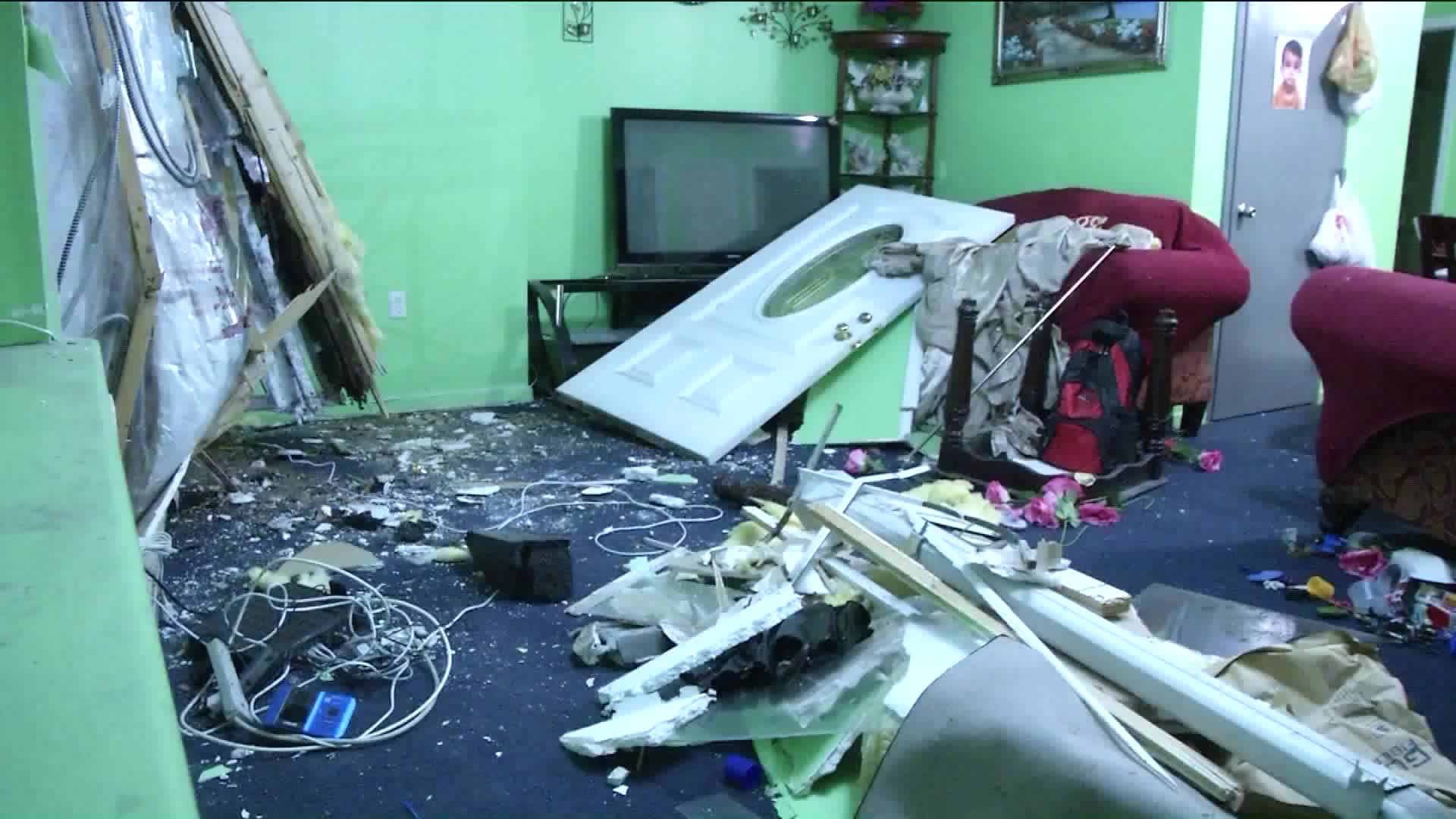 A driver crashes into a Queens residence. An open xanax bottle and crack pipe was found in the car.

JAMAICA, Queens— A driver struck two children and crashed into a Queens residence with a crash pipe and Xanax in her vehicle, sources said Saturday.

The woman behind the wheel allegedly kept driving until she crashed into a nearby home. She then attempted to flee, but residents held her down until the police arrived, officials said.

"She was just bugging out when the cops tried to arrest her," Hawthorne said. "She claimed she had heart problems but obviously you could tell something was wrong with her."

An open Xanax bottle and a crack pipe were found inside the car, according to sources.

The suspect, 35-year-old Tiffany Potoka, has been charged with reckless endangerment and criminal possession of controlled substance.