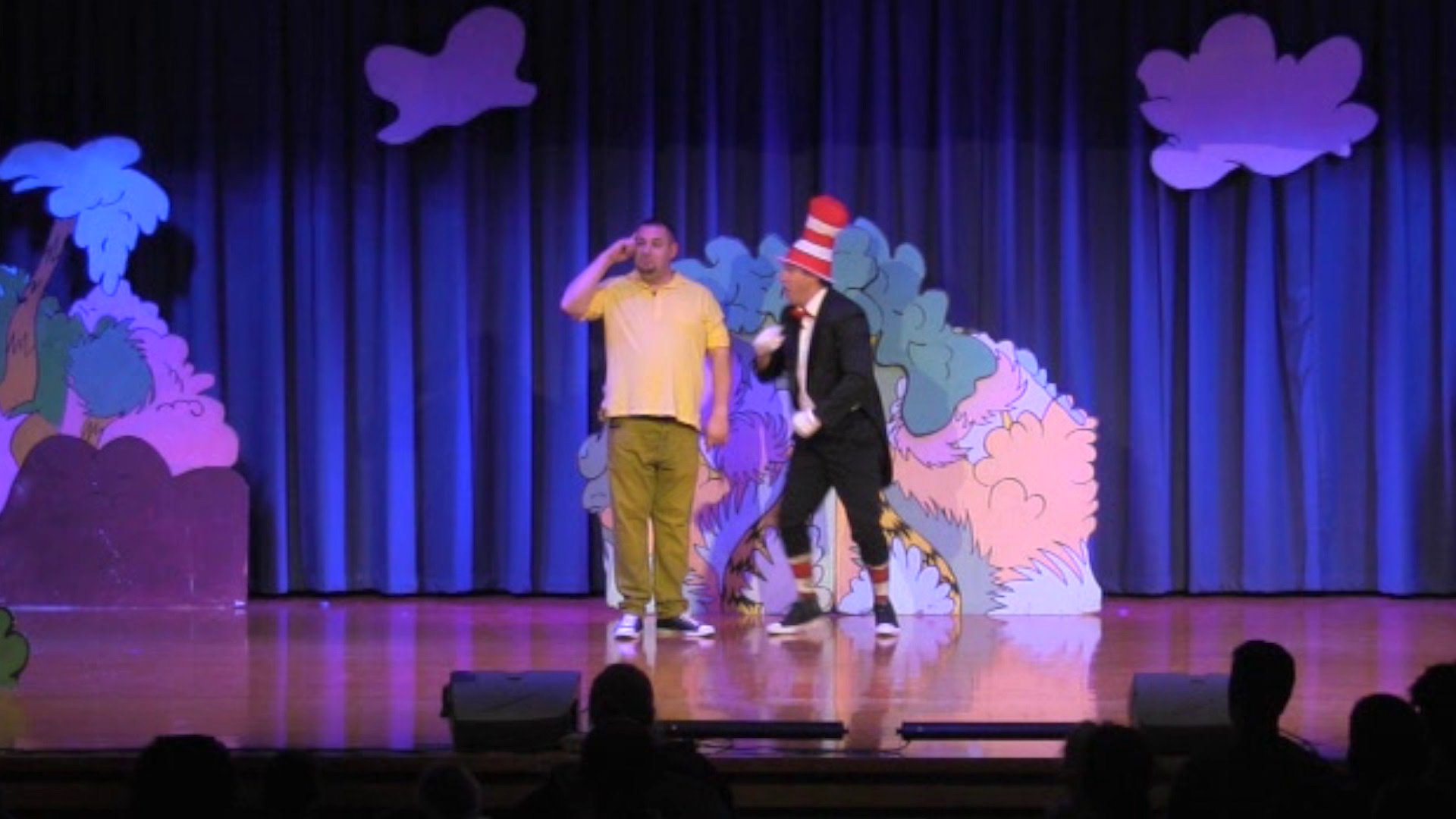 A group of L.I. theater friends give back to the arts

LONG ISLAND — Oh the things you can think, if you’re willing to try…..

"This was last year, 2016. All of us had been friends for many many years. We all kind of found each other doing community theater. We all had gone into different careers, but we always loved performing," said Jason Klein.

Fast forward, 20 years. Many of them married with kids -- and still friends.

"It started via text as a goofy kind of silly idea," said Klein.

"A joke oh lets do a show it’ll be fun, and then it became serious," said Stacy Zwang.
​
"I feel like its been a group effort and we’ve all collaborated together," said Adam Slawitsky.

And that’s how ‘Corner Theater Productions’ was born. Professionals during the day…

And performers by night….

These lifelong friends have worked together the past few months, putting together their production of “Seussical.”

Their mission: to raise money for the schools they work in, specifically, to keep music and theater arts programs alive.

"What don’t I love about the arts? We stop our kids so young from being creative they go to school and they sit in a seat and they don’t really get to move and do and create," said Zwang.

"It's our way of giving back what we’ve had the pleasure of having in our lives and keep it going for kids in the future," said Slawitsky.

Including their own little brood of budding performers!