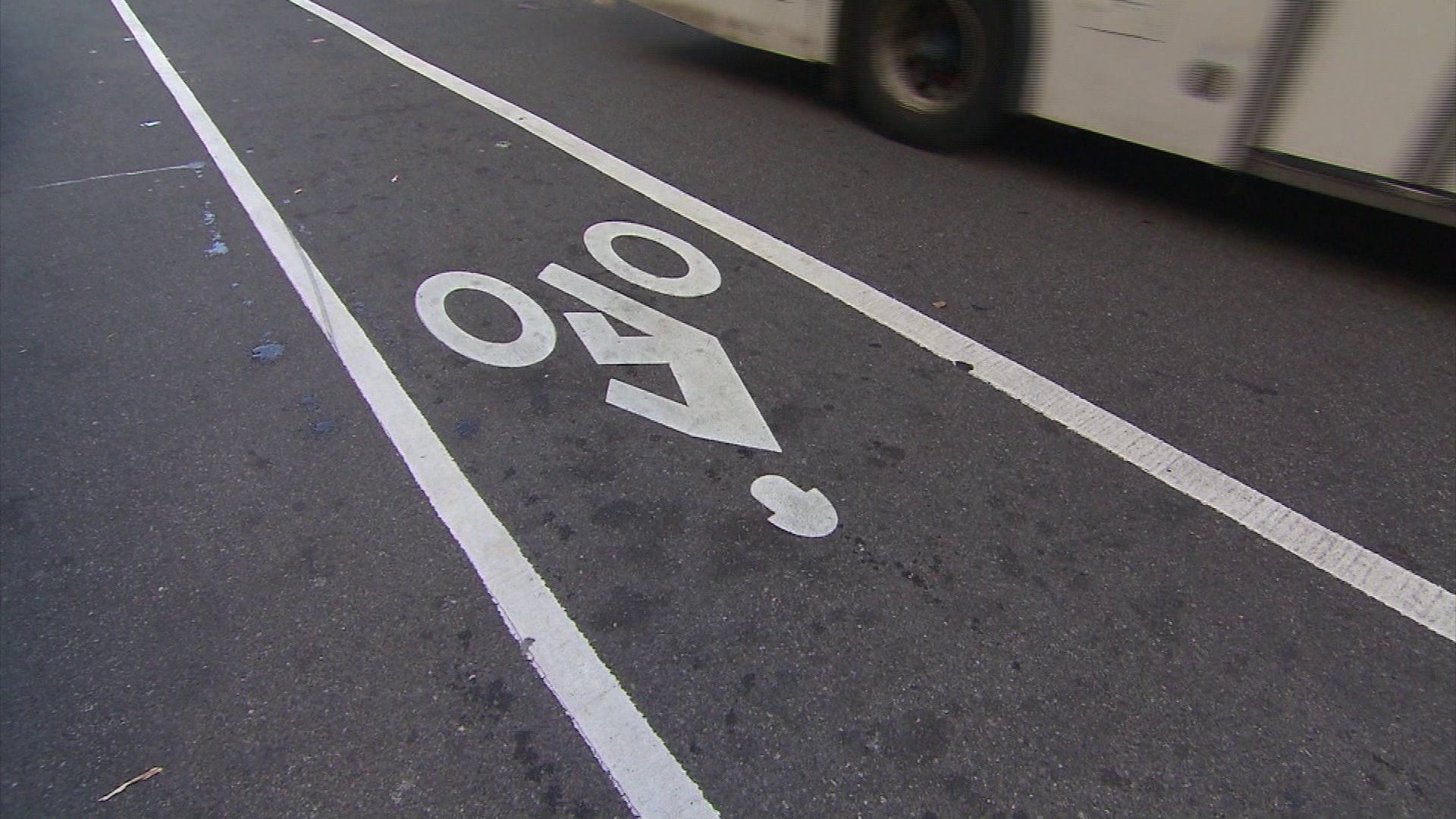 Parents in Bayside are concerned a bike line directly in front of their children`s` school may be dangerous for their kids.

BAYSIDE, Queens — Parents in Bayside are concerned a bike line directly in front of their children's' school may be dangerous for their kids.

"What about the safety of the 500 kids who are dropped off and picked up everyday?  Buses will have to park in the middle of the street.  Someone will get hurt," said Edna Harris, a concerned grandmother of a PS 213 student.

Harris' grandson is one of 60 students living with autism who attend class at the school building.

"It's the only school that would have a bike lane in front of it in the City.  It doesn't make sense to anyone," said Assemblywoman Nily Tozic.

The bike lane creates a 12-foot barrier between the bus and curb, said Councilmember Barry Grodenchik.

"That's a big distance for a kid," said Grodenchik.

A Department of Transportation spokesperson says, "DOT began work on the Northern Boulevard / East Hampton Boulevard bike lane project last month after receiving positive feedback and a significant amount of community support, including unanimous support from the local community board. This project is an upgrade to the existing lanes and creating safer conditions for all street users, especially bicyclists who can use protected bike lanes along the park from Joe Michael’s Mile to the Vanderbilt Motor Parkway.  As part of our work on this project, we recently met with representatives from PS 213 to get feedback and we will be in touch with them and other local stakeholders, including the Community Board, with any next steps."

PIX11 news will stay on this story.

If you have a story reach out to Monica Morales on Facebook.