Meet the country’s oldest election winner, 93, and one of the youngest, 23, both locals 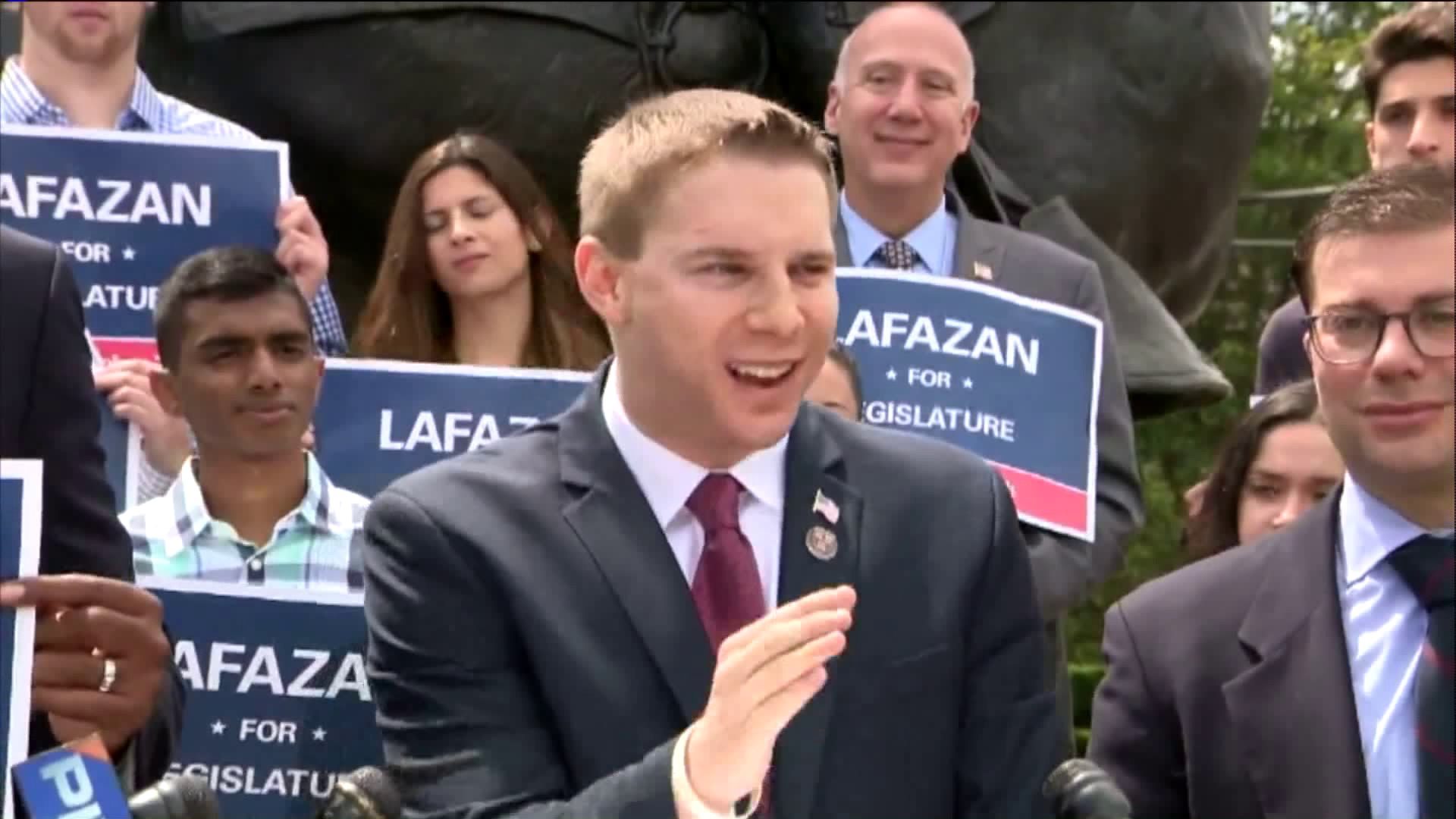 Both ran on anti-corruption platforms, proving that even though they`re four generations apart, they believe that seeking public office and clean government is a noble calling.

The tri-state region was home to the oldest election winner in the country on Election Night, as well as one of the youngest.

Both ran on anti-corruption platforms, proving that even though they’re four generations apart, they believe that seeking public office and clean government is a noble calling.

“I’m a family man first,” said Vito Perillo, 93, the newly elected mayor of Tinton Falls, New Jersey, adding that he doesn’t consider himself to be a politician.

Perillo can say that — or anything, for that matter — with experience and insight. The World War II Navy veteran, who served with distinction, won 53 percent of the vote in the borough of 17,800, on a simple platform.

“Whatever program requires” large expenditures, the 57-year resident of Tinton Falls told PIX11 News, he’ll consult voters, he said, and “ask them what they think about it.” Transparency was his campaign theme.

Tinton Falls recently reached a settlement of $1.1 million dollars in a set of legal cases involving harassment in the borough’s police department. Taxpayers had to pay the cost of the settlement, which was enough to bring Perillo, a longstanding accountant and finance supervisor, out of retirement and into the mayor’s office.

“It’s a job for me,” said the nanogenarian. “Hope I don’t disappoint anybody.”

Seventy years younger than Perillo, and 70 miles away, in Nassau County, Long Island, is the youngest person to win major elected office in the New York metro area.

“It’s unbelievably humbling to know the voters took a chance on me and let me show them what I can do,” said Joshua Lafazan, 23.

He graduated from Harvard College six months ago, and shortly thereafter launched his campaign for the legislature of Nassau County. With its current county executive under criminal indictment, Lafazan ran with a message of hope against corruption, aimed particularly at young people.

In addition to running on messages of anti-corruption, both candidates — one who had already retired when the other was born — say that for them, blood is thicker than water.

“I am the only county legislator who lives in the basement of their mom and dad’s house,” said Lafazan, “And I have been told unequivocally that if you live in their house you follow their rules.”

Perillo, on the other hand, has owned his home since John F. Kennedy was in the White House. He raised his children there, and has remained close to his children’s children in his home. “I’m really a family man,” said Perillo. “I love my family.” A month ago, he’d served as best man at his grandson’s wedding.

As for Lafazan, the recent college graduate legislator is already being talked about as a prospect for higher office. Perillo, meanwhile, pointed out that he’ll be 97 when his mayoral term ends. He did not rule out re-election, if that’s the will of the voters.