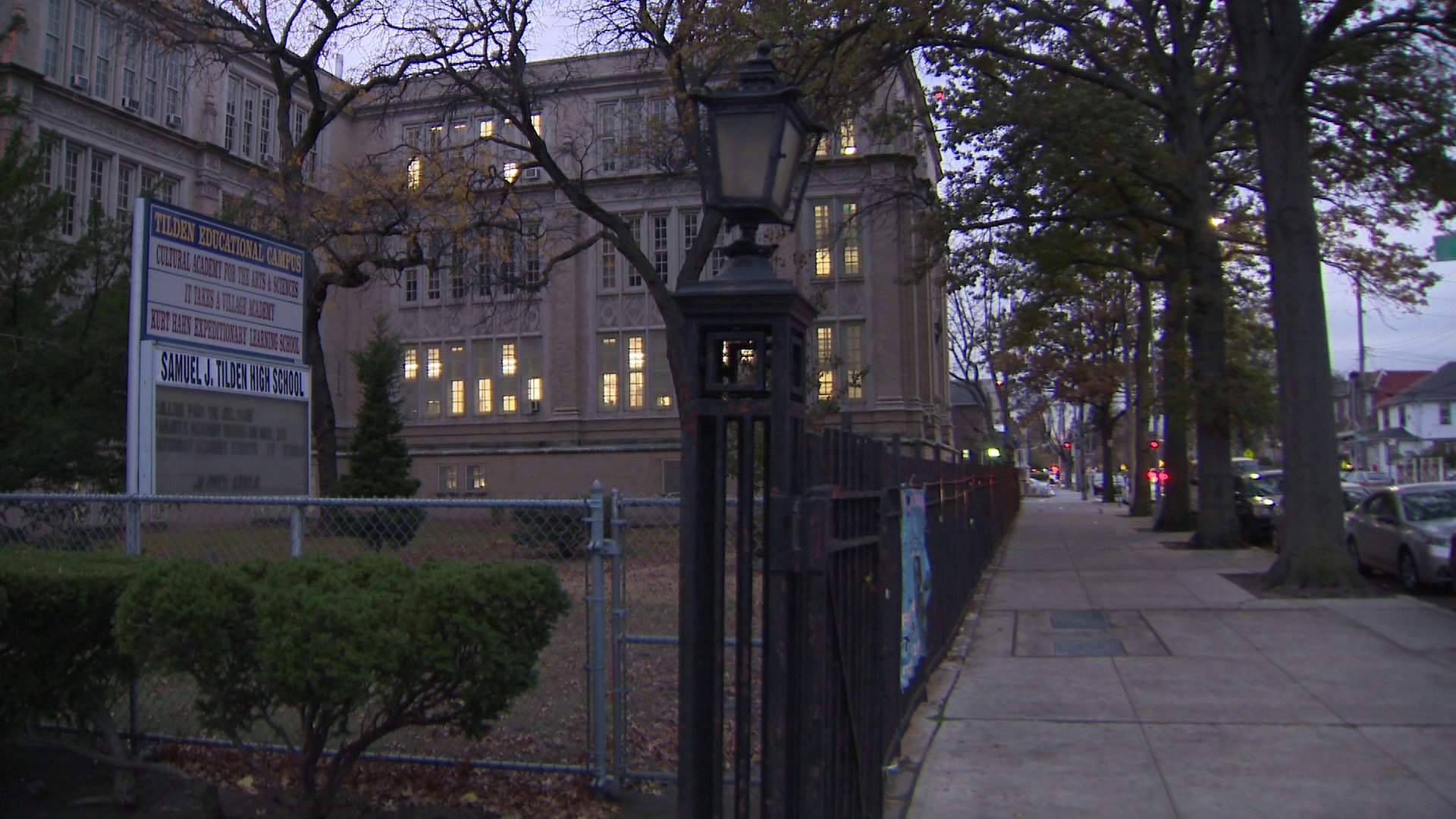 The assault apparently began at the beginning of the school year. Three upperclassmen at the Brooklyn high school were suspended.

EAST FLATBUSH, Brooklyn — Three upperclassmen at a Brooklyn high school were suspended after allegations of sexual assaults in the school's locker room.

The assault at It Takes a Village Academy apparently began at the beginning of the school year. One student, a freshman, told police he was chased into the locker room. His pants were pulled down and he was groped.

Another student told school officials the same teens tried to sexually assault him with a bottle.

The Education Department only notified parents about the shocking incident after PIX11 started asking questions this week. The superintendent sent a letter out to parents letting them know Principal Marina Vinitskaya had been reassigned.

"We are treating this with the utmost seriousness an will ensure appropriate follow-up action is taken," Superintendent Prayor wrote.

The principal allegedly never notified police about what happened in the school.

An Education Department spokesperson said, "Safety always comes first and these deeply troubling allegations are being investigated.  We are working in close partnership with the NYPD to ensure appropriate action is taken and are providing the school with ongoing support.”

NYPD Special Victims Detectives are apparently pursuing criminal charges against the three students who were suspended.