Fliers attack Sikh mayoral candidate, portraying him as a terrorist 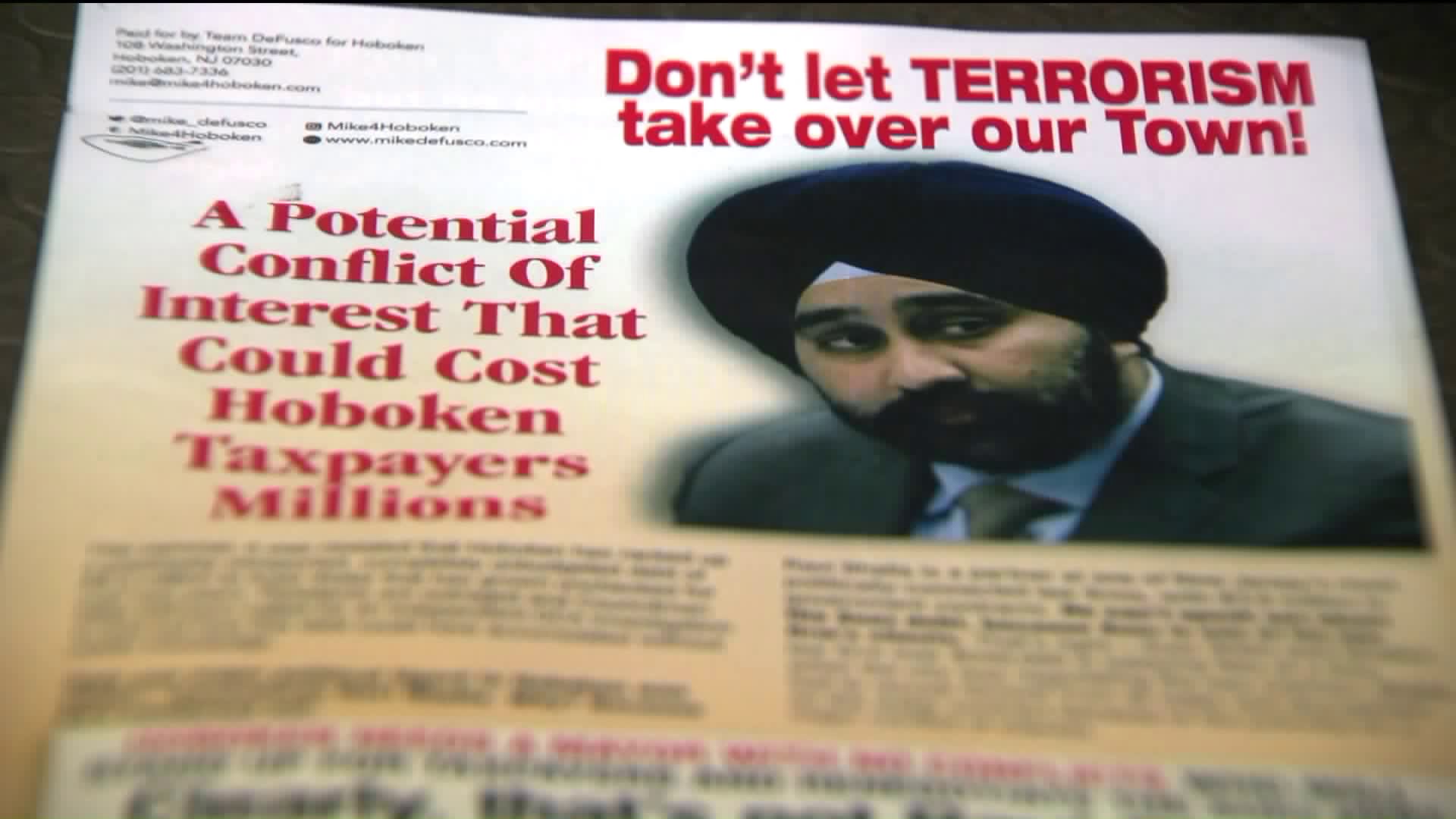 The first Sikh mayoral candidate in Hoboken is facing racism after finding a flier calling him a terrorist.

HOBOKEN – A racist flyer has been circulating across Hoboken, attacking a mayoral candidate.

A campaign volunteer for spotted the flyer on car windshields with the message “Don’t let TERRORISM take over our town!” with the picture of Sikh mayoral candidate, Ravi Bhalla - the first Sikh elected in New Jersey history.

The flier said it’s paid for by Michael D Fuscone who’s running to be the first openly gay mayor of the city.

Fuscone denies that his campaign is not responsible for the flyer

Councilman Ravi Bhalla addressed the situation, hoping the city should come together as a community and stand up for our values:

“Last night, a flyer with the word “terrorist” above a picture of me appeared on car windshields in Hoboken. Of course, this is troubling, but I want to be clear: We won't let hate win in Hoboken. I want people to know that Hoboken is a welcoming community where my wife and I are proud to raise our two young children. No matter your religion, race, ethnicity, or sexual orientation, you are welcome here in our City. As Mayor, I will work hard to make sure we keep it that way.
I want to use this incident as an opportunity to affirm to each other and our children the value of living in a diverse community where we are judged by the content of our character - not by the color of our skin or how we worship. At this time in our nation’s history when we have a President who seeks to divide us, it is critical that we come together as a community and stand up for American values.”

The ad comes two days after anti-Indian and anti-Chinese campaign mailers were mailed to residents in Edison, New Jersey's fifth-largest municipality where nearly half the population is Asian-American.

New Jersey police said they are considering this incident as a hate crime.