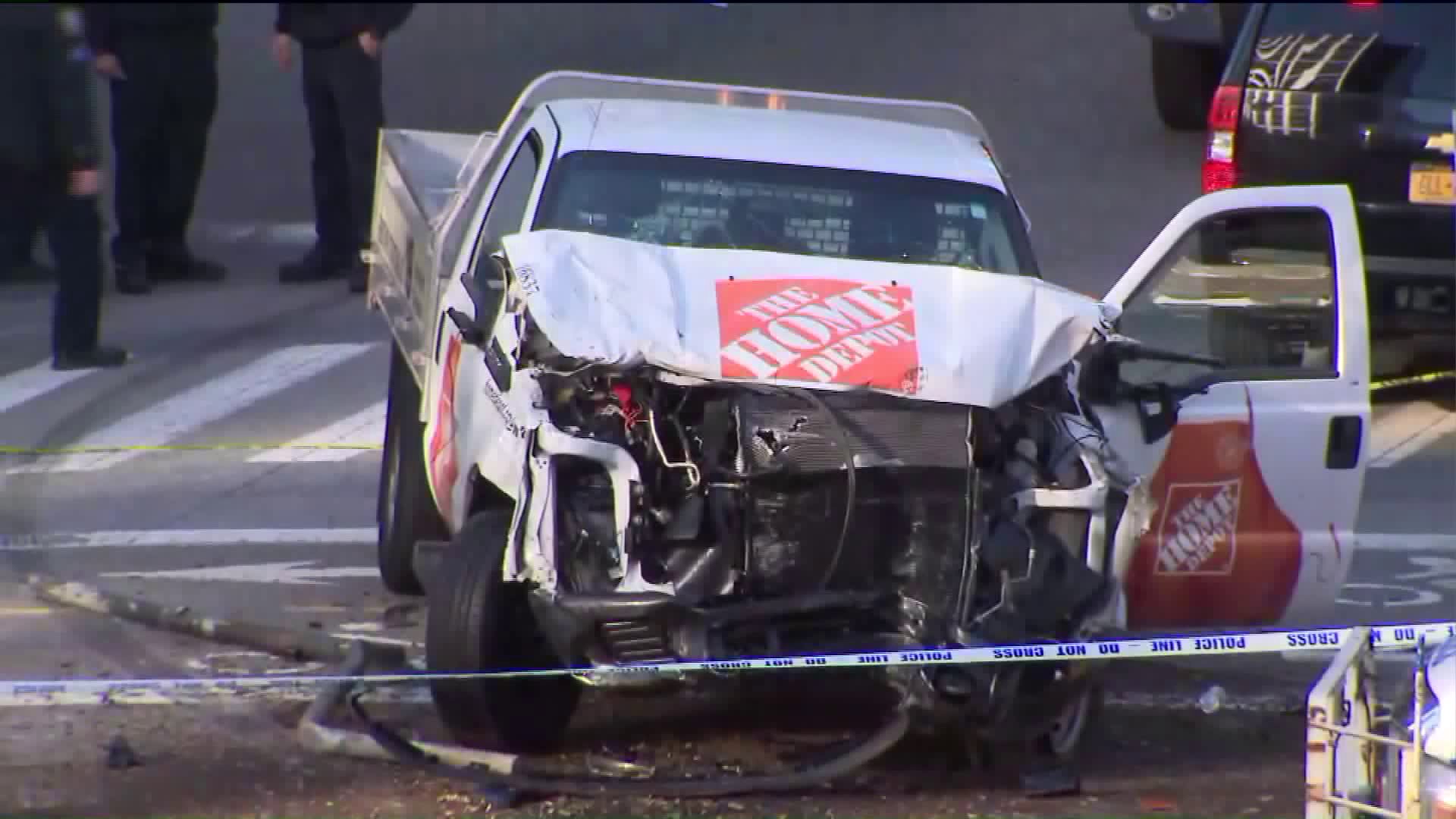 Timeline of the West Side Terror Attack

NEW YORK — President Trump announced that he has ordered Homeland Security to step up "extreme vetting" in the wake of the New York City attack that left eight people dead and 11 injured.

"I have just ordered Homeland Security to step up our already Extreme Vetting Program. Being politically correct is fine, but not for this!" he wrote.

I have just ordered Homeland Security to step up our already Extreme Vetting Program. Being politically correct is fine, but not for this!

Trump's statement comes after a man described as a "lone wolf" deliberately drove a rented truck into a West Side bike path in lower Manhattan, in the first terror attack in New York City since 9/11, and just blocks from the World Trade Center.

Trump's extreme-vetting policy on immigrants entails more stringent investigative measures intended to identify those who may sympathize with extremists or pose a national security risk to the United States.

On Wednesday, Trump called for "Merit Based immigration," saying on Twitter that the driver in Tuesday's attack "came into our country through what is called the 'Diversity Visa Lottery Program,' a Chuck Schumer beauty."

Officials said the attacker is an immigrant from Uzbekistan who came to the U.S. legally in 2010. They haven't said whether he came in through the Diversity Immigrant Visa Program, which covers immigrants from countries with low rates of immigration to the U.S.

Trump tweeted, "We are fighting hard for Merit Based immigration, no more Democrat Lottery Systems. We must get MUCH tougher (and smarter)."

On Tuesday, the driver brandished two fake guns when he exited the truck after the multi-block rampage which left a trail of mangled bodies and twisted bikes. He yelled "Allahu Akbar," which is the Arabic phrase for "God is great."

A high-ranking police source told PIX11 News the suspect has been identified as 29-year-old Sayfullo Saipov. He's a resident of Tampa, Fla., who arrived in the United States in 2010 from Uzbekistan, sources told PIX11 News.

Under an executive order Trump signed earlier this year, the United States had temporarily halted admissions for refugees from all countries, with some exceptions. The end-date written into the order came and went last week with no new order from Trump to extend it, according to a State Department official, who wasn’t authorized to comment by name and requested anonymity.

Refugees seeking entry to the U.S. will face what officials described as more stringent and thorough examination of their backgrounds, in line with Trump’s “extreme vetting” policy for immigrants. The Homeland Security Department, the State Department and other U.S. agencies have been reviewing the screening process during the temporary ban.