NYPD detectives plead not guilty to rape, but test positive for DNA in rape kit 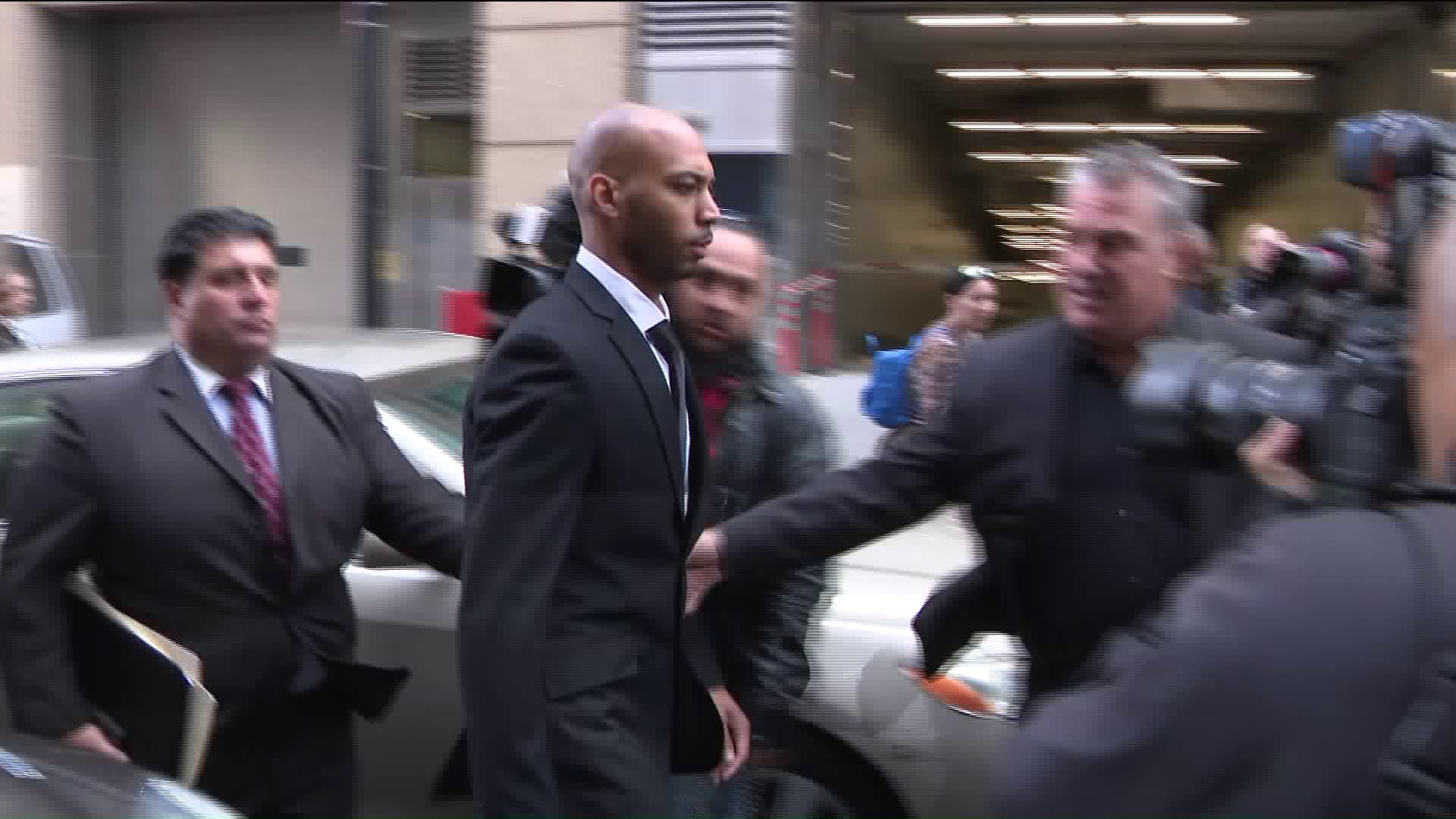 Two New York City Police detectives have been indicted for allegedly raping a teenager in a police van in Coney Island last month after handcuffing her and placing her under arrest.

According to the investigation, on Sept. 15, around 7:30 p.m., Detective Eddie Martins, 37, and Detective Richard Hall, 32, were on duty and riding in a Dodge Caravan, as part of a team of plainclothes narcotics detectives.  They left their post and drove to Calvert Vaux Park in Gravesend, Brooklyn.

Once they got there, Gonzalez said at a news conference on Monday afternoon, they carried out a variety of crimes.  "Kidnapping this young lady," the acting D.A. said, "and sexual acts took place inside a police vehicle against her will."

Specifically, just after 8 p.m., the officers conducted a car stop of the Infinity coupe the 18-year-old woman was driving with two male passengers. There was a quantity of marijuana in the front seat cup holder. The officers instructed the three people in the car to step out, and asked if they had any drugs on them, according to the investigation. The young woman responded that she had marijuana and two Klonopin pills.

The detectives handcuffed the woman, told her she was under arrest and that she would be getting a desk appearance ticket. They let her companions go and instructed them to retrieve their friend from the precinct in three hours, but to not follow the minivan the two detectives were driving.

Detective Martins allegedly told the young woman he and his partner are “freaks” and asked her what she wanted to do to get out of the arrest. What followed, according to the district attorney's office, were enough crimes to lead to a 50-count indictment against the two detectives.

"They have this a teenager in the back of their police car," Gonzalez said. "In five minutes," he continued, "they commit a litany, a catalogue of crimes."

Detective Martins allegedly forced the handcuffed teen to perform a sex act on him while seated in the back seat of the van, while Detective Hall drove and watched through the rear view mirror.

Detective Martins then allegedly raped the victim, according to the district attorney's complaint.

The detectives then stopped the van in Bay Ridge, about four miles from the park, in the opposite direction of where their team was located, and switched places, the complaint against them alleges.

Detective Martins got behind the wheel and Detective Hall got into the back seat of the van, where he allegedly forced the victim to perform a sex act on him. They then drove back to the vicinity of the 60th Precinct in Coney Island and had the victim call her friends again to tell them she was being let go. They allegedly gave her back the Klonopin pills, told her to keep her mouth shut and released her.

The victim told her friends what happened and, later that evening, was taken to Maimonides Hospital, where a sexual assault evidence collection kit was prepared. DNA recovered from the victim was a match to both detectives.

A lawyer for Detective Hall did not respond to PIX11's questions after the two detectives' joint first appearance hearing.  In court, however, defense attorneys implied that the teen's extensive social media postings could be used to show that the sex was not coerced.

Her attorneys had a strong response to that potential line of defense.

The two detectives are currently suspended from the NYPD without pay.