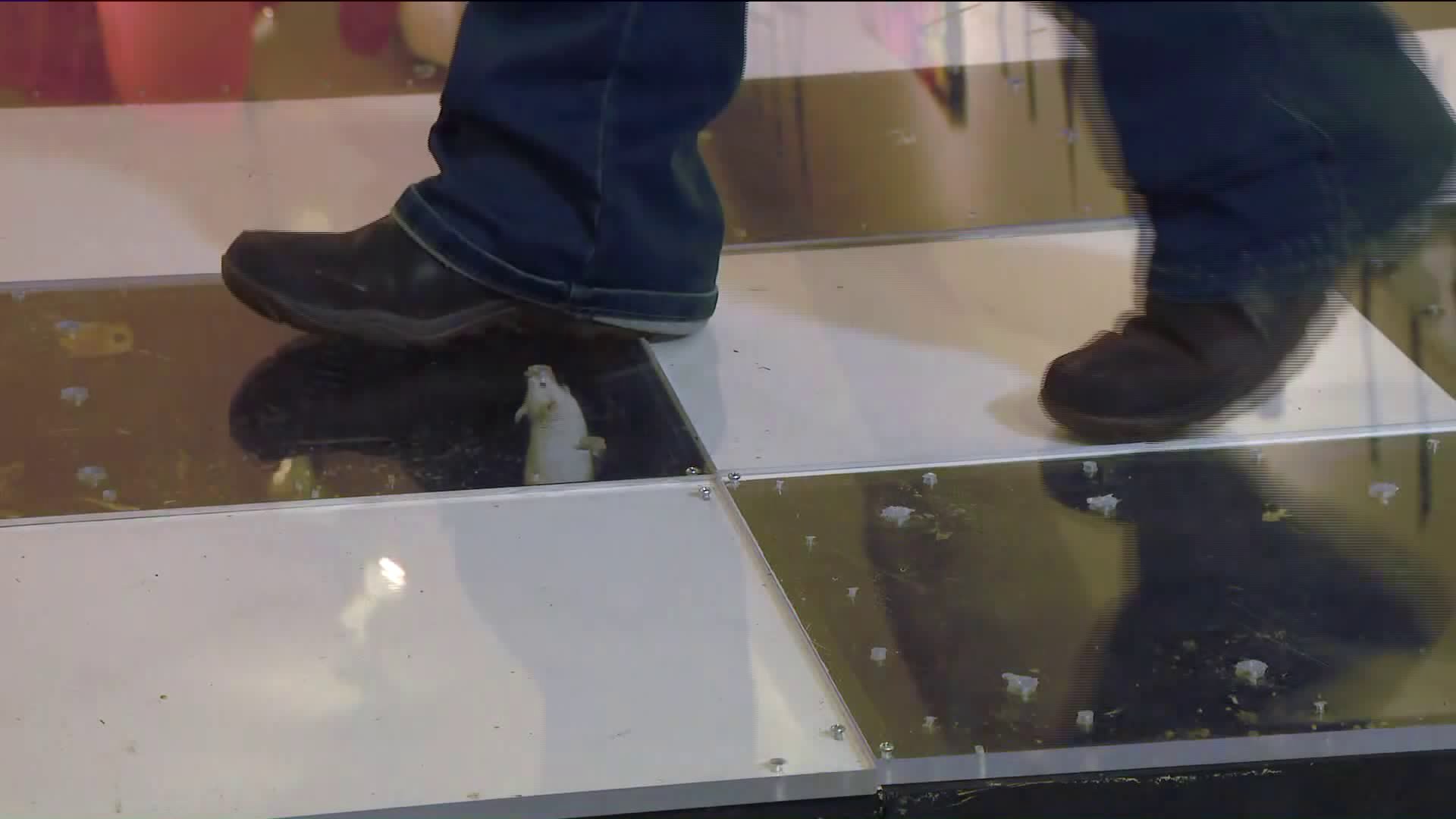 The exhibit is meant to help people confront their fears. Its creator says he takes good care of the mice, but some say it isn`t a safe environment for the mice.

LOWER EAST SIDE, Manhattan — It may not be for everyone, but Joseph Grazi says it is art.

Grazi is the man behind an exhibit at the Castle Fitzjohns Gallery in the Lower East Side, titled "Prehysteria," a look at what he calls irrational phobias. Walking in, a visitor would be greeted by a living floor, if you will.  It is a black and white checkered floor covered with a 1/2 inch of plexiglass and inside each black square, a mouse.

The mice, according to the artist, were purchased from pet stores and would have been sold as feed for larger animals.

"The way I've set up these mouse modular habitats is pretty much exactly like you would keep a pet mouse," said Grazi.

Grazi said he feeds them, provides them with fresh water and is in no way cruel to them, but this exhibit has brought out some anger from animal rights groups.

Natasha Millikan, a self proclaimed mouse expert, who started a Facebook group called  "Rats and Mice are Awesome" said animal rights advocates reached out to her so she came out to see the installation for herself over the weekend.

"The mice were miserable," she said.

Millikan doesn't like any of this as an art exhibition but admitted she and Grazi had several civil conversations discussing how to create a safer environment for the mice and she hopes he takes on some of her recommendations.

"He's definitely not mean to animals.  He didn't know or understand what an unhappy mouse looked like," said Millikan.

The exhibit runs until Nov. 20.