What is Legionnaires’ disease? Your questions answered after 12 are hospitalized in Queens 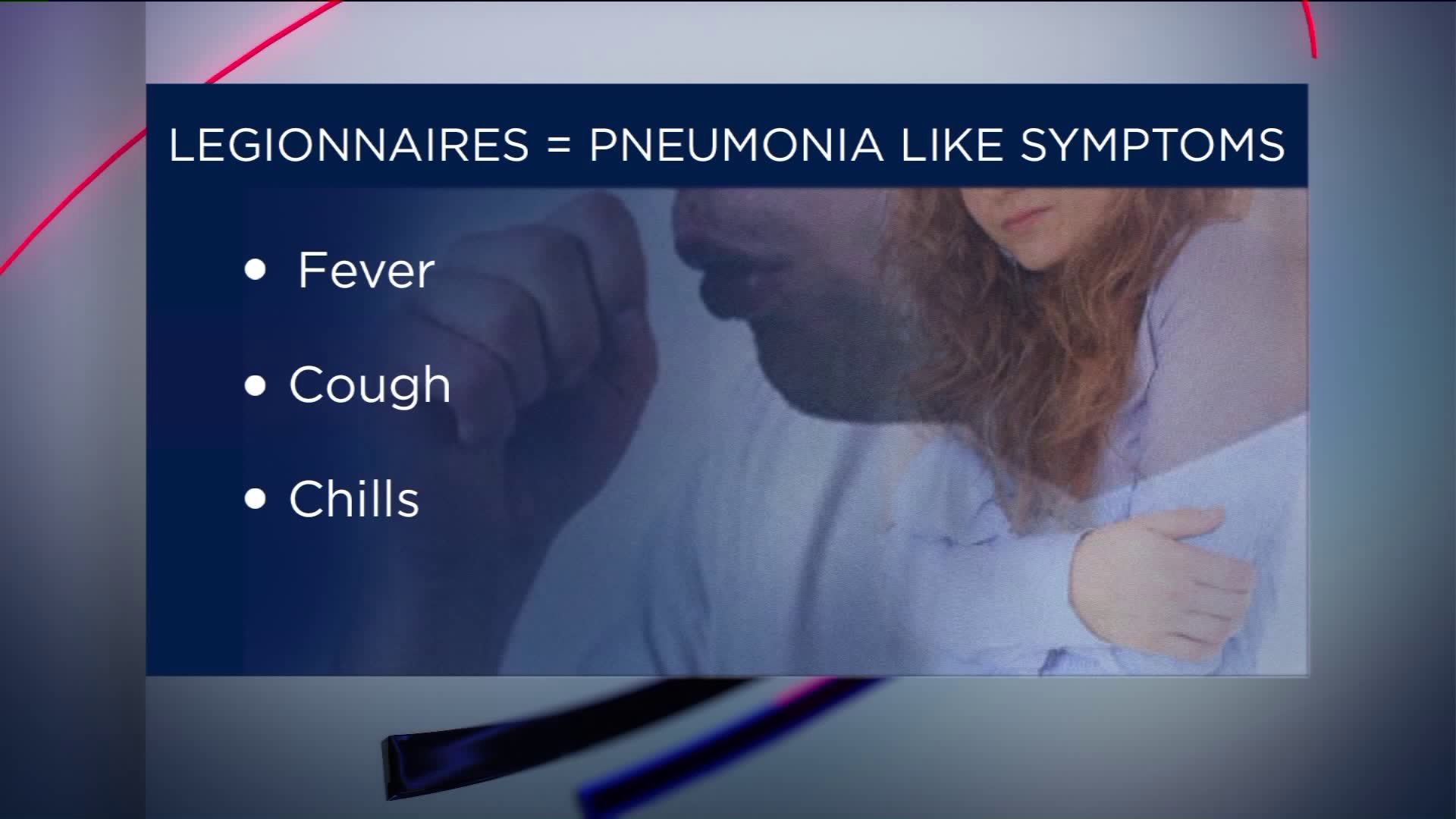 A community cluster of Legionnaires` disease cases in downtown Flushing, Queens, including 12 patients as of Tuesday afternoon, is being investigated by the Health Department.

FLUSHING, Queens — A community cluster of Legionnaires’ disease cases in downtown Flushing, Queens, including 12 patients as of Tuesday afternoon, is being investigated by the Health Department.

Most patients had serious underlying health conditions. Five people have been hospitalized and recovering, and seven have been discharged from the hospital. No patients have died.

Two additional cases are currently being investigated to determine whether they are part of this cluster.

News of the cluster has many people asking, what is Legionnaires’ disease, what are the symptoms and signs, and how is it treated?

WHAT IS LEGIONNAIRES' DISEASE?

Legionnaires’ disease is caused by the bacteria Legionella.

Most cases of Legionnaires’ disease can be traced to plumbing systems where conditions are favorable for Legionella growth, such as cooling towers, whirlpool spas, hot tubs, humidifiers, hot water tanks, and evaporative condensers of large air-conditioning systems.

Legionnaires’ disease can be deadly, but is treatable with antibiotics. Most people get better with early treatment, although they may need to be hospitalized. Others have died from complications of the disease.

WHAT IS THE HEALTH DEPARTMENT DOING?

To raise awareness in the community, the Health Department and the Mayor’s Office are working with elected officials and sending outreach teams to transit hubs and senior centers in the area to distribute information about Legionnaires’ disease. The Health Department is also organizing a community meeting to inform residents, answer questions and address any concerns.

The owners of those buildings will be ordered to immediately increase the level of biocides that kill the Legionella bacteria or to change to a new biocide and report to the Department within 24 hours. This biocide remediation will be done as a precautionary step while the second step, growing the bacteria in culture, is being done to determine the presence of the live bacteria that causes Legionnaires’ disease. It takes two weeks to allow bacteria adequate time to grow. A positive culture indicates the presence of bacteria capable of causing disease. The Department will order the owner of any building with a positive culture result to fully clean and disinfect the cooling tower.

“The Health Department is currently investigating a cluster of Legionnaires’ disease cases in the downtown Flushing area of Queens, and I urge individuals in this area with respiratory symptoms to seek medical attention right away. People over the age of 50 and people with compromised immune systems are especially at risk,” said Health Commissioner Dr. Mary T. Bassett. “As with our previous Legionnaires’ disease investigations, we are in the process of investigating the source of the cluster and are working with building owners in the area to rapidly test and clean cooling towers.”