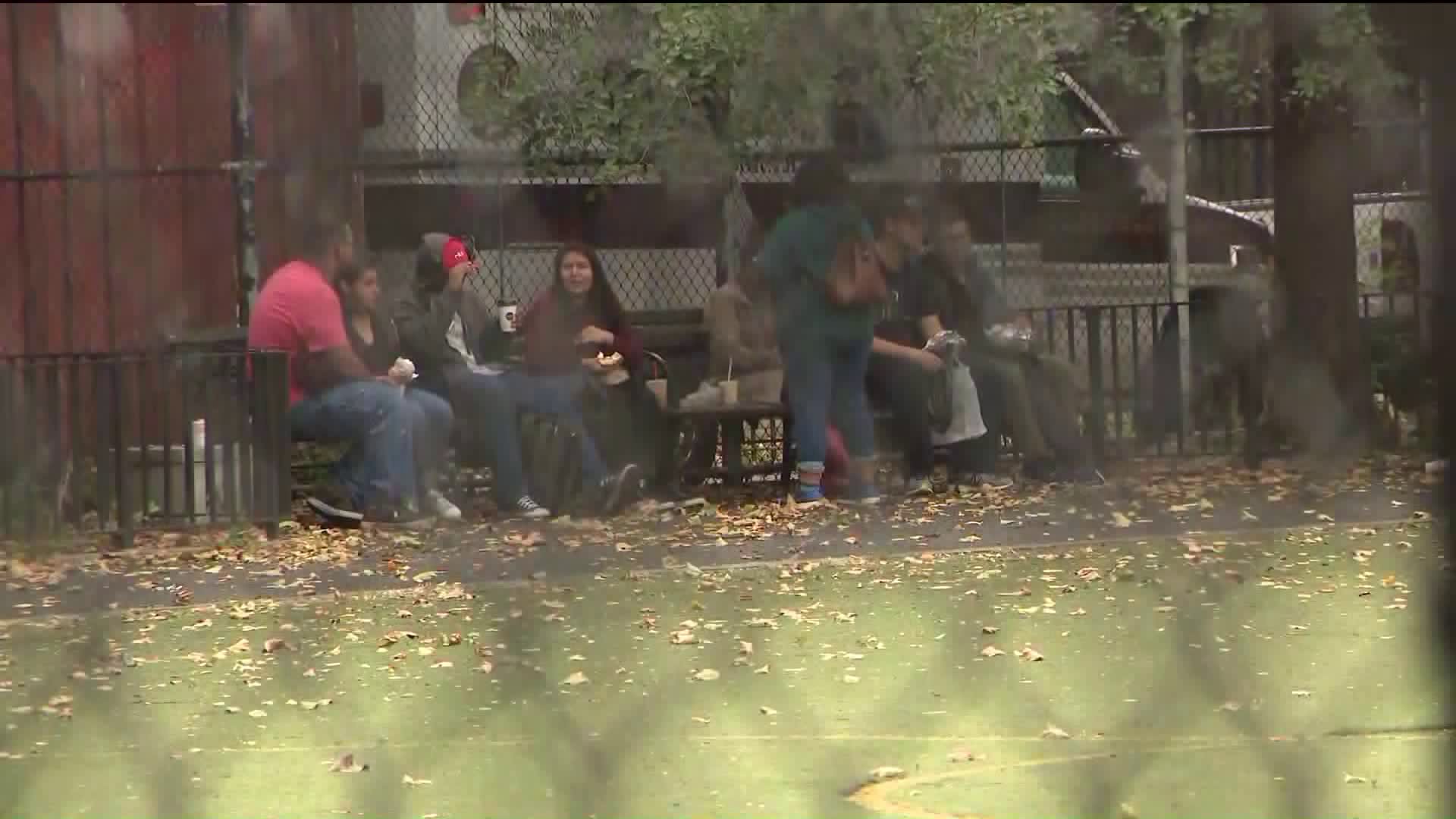 A plan involved converting a city park space into part of a mixed-income, mixed-use, high-rise building complex. For now, though, it appears to be yet another clash between Governor Andrew Cuomo and Mayor Bill de Blasio that some describe as a playground brawl.

EAST HARLEM, Manhattan — It was hailed as an unprecedented partnership between the City of New York and a private developer that involved converting a city park space into part of a mixed-income, mixed-use, high-rise building complex. For now, though, it appears to be yet another clash between Governor Andrew Cuomo and Mayor Bill de Blasio that some describe as a playground brawl.

Adding to the potential comic clash is the name of the public playing field itself.  The Marx Brothers Playground is a 1.5 acre, astroturf-covered lot, complete with a soccer field and a baseball diamond named after the legendary comedy siblings, who grew up a few blocks away from the playground, which runs from 96th to 97th Street, between Second and First Avenues.

"This is public parkland," said Geoffrey Croft, director of NYC Parks Advocates and one of the city's most vocal advocates for public access to city parks. "And what the city did was illegally rezone this land for development."

He was responding to an order signed by Gov. Cuomo late Monday night that directed the state's parks department to review the agreement made between the City of New York and developer Avalon Bay to turn the Marx Brothers field and the rest of the block into a nearly 70-story high-rise development of 1,100 apartments.  About a third of the apartments would rent below market rate, and the complex, if built, would include three schools and retail space.

The governor's order stops the development, called 321 East 96th, in its tracks, at least for now.

"They can say it's on hold, and it technically is," said Croft. "But we hope it's on hold indefinitely."

Mayor de Blasio is not at all convinced.

"I think the review is perfectly fair," the mayor said during a press conference Tuesday morning. "I think it will show that it's being done the right way and it will address the concerns."

An unscientific poll of nearby residents showed general support for the development, as long as it did not eliminate public park space.

"The state should stay out of the city's business," said Eric Barty, who lives a few blocks away from the playing field.

Josh Brookstein, another neighbor, said that, at least in the artist's renderings he'd seen of the project, "If the development can add more green space and more recreation to the neighborhood, that would be great.  And affordable housing is a real concern for all New Yorkers, right?"

Toby Torres, who's lived in the neighborhood for seven years, said that while she preferred that the playground remain in its current form, the key was to keep an open play space in the area.

"The city is all brick and stone and whatever," said Torres. "We need more parks and places for kids to play."

For his part, Mayor de Blasio correctly pointed out that the development proposal also includes a playing field of similar size to Marx Brothers Playground.

To Croft, the parks advocate, that's not the point.  The rezoning of a space "managed by the parks department for over 70 years," he said, could set "a dangerous precedent" of the city seizing other public parks for private development.

The state's review of the development proposal could take months.  There is no deadline for the review process.