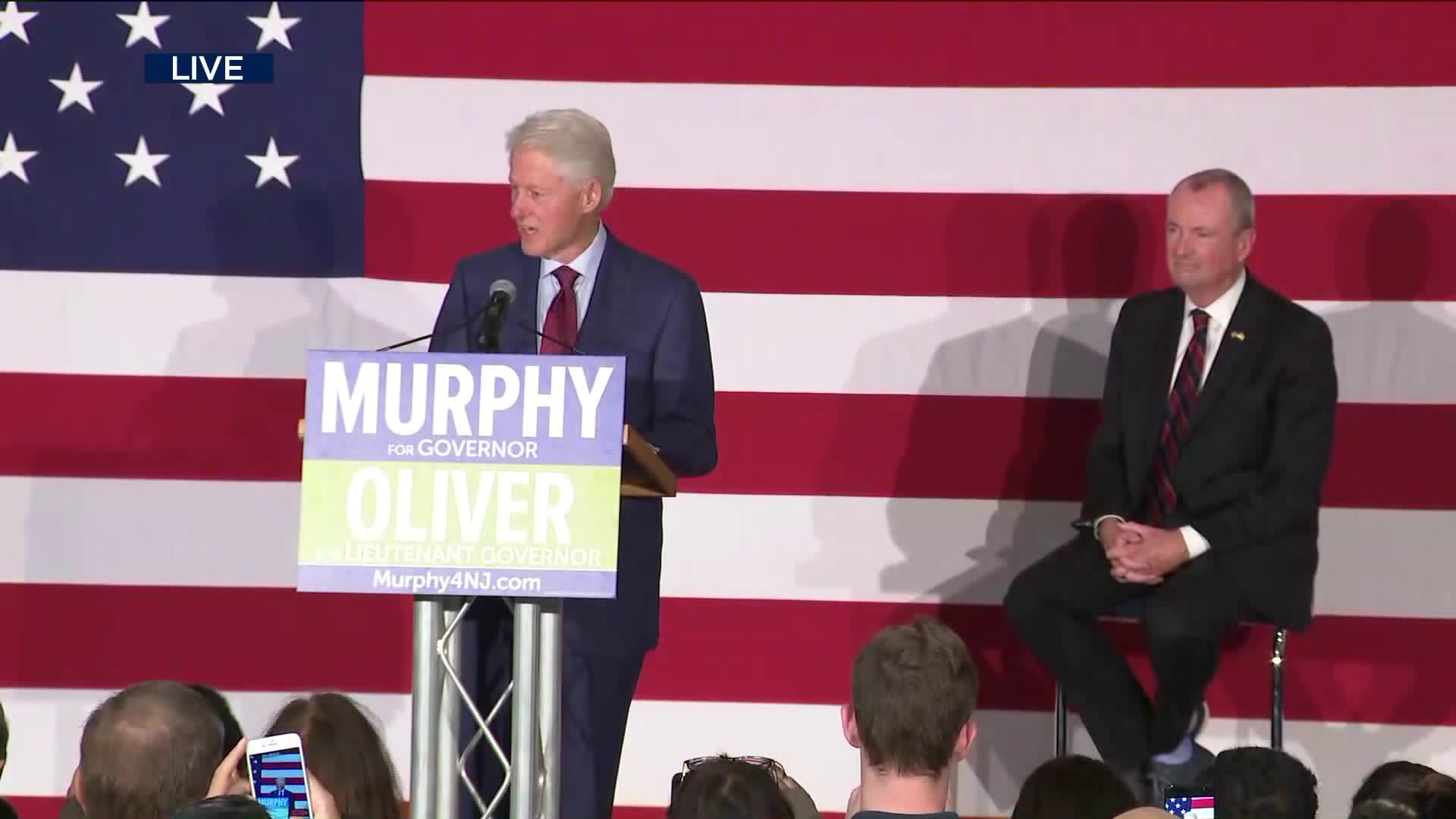 Clinton joined Phil Murphy at a get-out-the-vote rally at an electricians' union hall in Paramus.

Hillary Clinton appeared with Murphy at a campaign fundraiser on Sunday night.