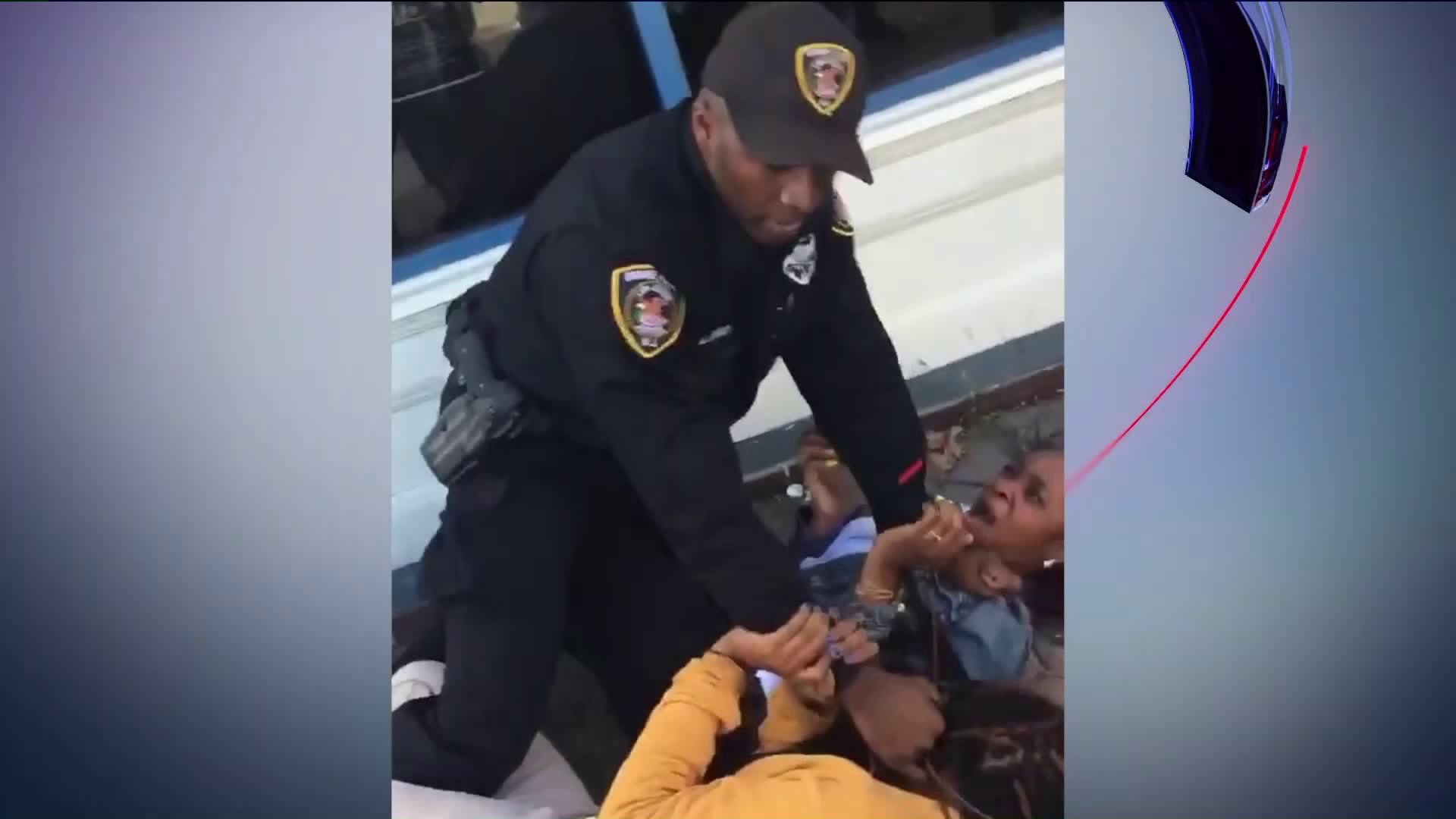 Now, the twins are speaking out.

ORANGE, N.J. — A police officer has been suspended after an altercation involving twin sisters outside a high school in Orange, New Jersey on Thursday.

The video, which was posted to social media, has gone viral. It shows the officer t C, 17-year-old Nyasia and Kyasia Sorrells

The scuffle happened at Orange High School as it was letting out for the day. It is unclear what led to the incident.

"He has both of us on the ground, and his knees was on both of us, and we couldn't do nothin'," Kyasia Sorrells added.

The Orange Police Department has identified the man holding down the twins as Officer Hanifah Davis.

“They knew they was wrong. You don’t do that to nobody’s kids,” Mike Sorrells said.

When asked what they want to happen, the family chimed in, in unison, “He needs to be fired. He needs to go to jail,” said Mike Sorrells.

“In a word, it was sickening. It was not the best of the orange police department. And the police director pretty much said that today,” said Orange city spokesman Keith Royster.

Citing other videos now circulating on social media, the twins, their friends, and firefighters stationed across the street who witnessed Thursday’s incident tell PIX11 News this isn’t the first questionable encounter between Officer Davis and the city’s students.

Mike Sorrells says he’s concerned the videos may negatively impact college plans for his daughters’ – who are both honor roll students at Orange High School.

“Anybody who got kids, feel the same way right now. They’re here to protect and serve. Who they protecting? What they serving’? Brutality?” said Mike Sorrells.

The twins' mother has since met with city officials. And while Ms. Sorrells tells PIX11 she is satisfied with the Officer Davis’ swift suspension, she understands the decision on whether he keeps his job will be determined by the outcome of the ongoing internal affairs investigation, which is being monitored by the Essex County Prosecutors office.