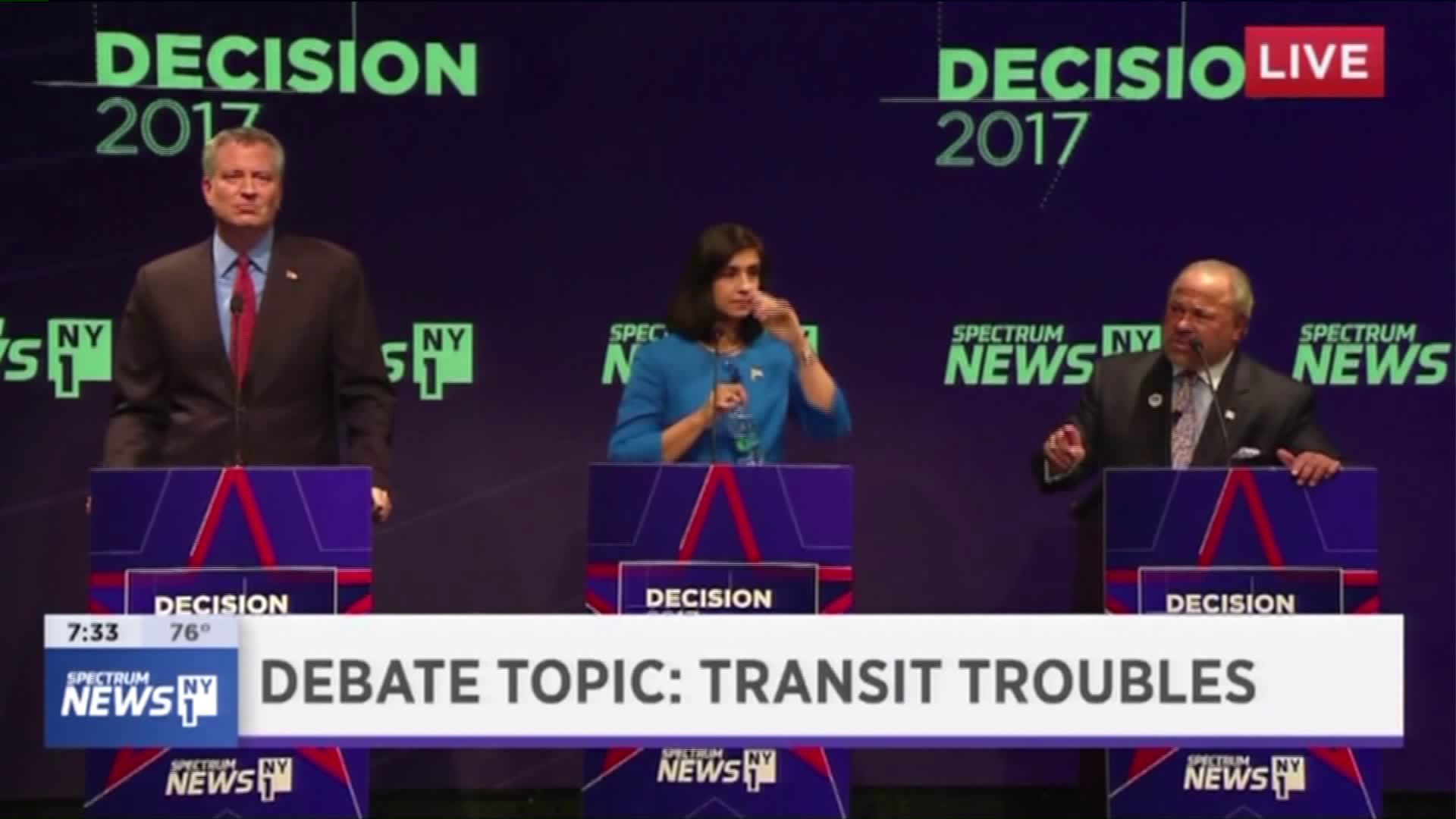 The candidates touched in a wide range of issues in front of a rowdy crowd in Manhattan ahead of the November election day. Here are some highlights from the debate:

President Trump made an early appearance in the debate - he was referenced in de Blasio's opening statement. The Mayor has made a point of staging himself as the man standing between New York City and Trump. His opponents both voted for Trump.

Dietl now refers to Trump as a lying narcissist and was candid with criticisms of the president during the debate. Malliotakis was pressed on her vote for Trump on multiple occasions and seemed unwilling to go into it.

Mayor de Blasio, when given a chance to directly question Malliotakis, asked her if she "honestly believed" Trump would be a better President for New York City than Hillary Clinton when she voted. She responded that the election wasn't about Trump and refused to answer the question, saying she'd explained her vote choice in the past.

She was asked about it again - this time by a moderator - and blasted the moderator for the question.

The Level of Crime:

The Mayor touted New York as the safest big city in America. Crime has largely fallen to record low rates.

"That is not true if you’re a woman in this city,” Malliotakis said, referencing the most recent numbers which show the number of reported rapes is on the rise .

Dietl, a former detective with the NYPD who runs a security firm, also objected to de Blasio's claim about safety levels in New York.

Both of them were using "classic right-wing Republican scare tactics" when talking about crime, de Blasio said. Crime overall is down 6 percent in the year-to-date.

Both Malliotakis and Dietl slammed de Blasio for his handling of the homelessness crisis. There are about 60,000 people currently living in city shelters.

“He has turned homelessness into a business,” Dietl said, referencing the housing of homeless individuals in hotels

The Mayor's plan for handling the crisis revolves, in part, on ending clusters and the housing of homeless in hotels. He'll need about 90 new shelters to do this.

The city's budget has grown about $15 billion since de Blasio's election. Malliotakis called out de Blasio over a $2 million bathroom in a Brooklyn park. She also brought up the nearly 300 special assistants de Blasio has.

The Mayor defended the spending increase, pointing to the areas where the money has gone - education programs and policing.

“Do you think you get to be the safest big city without making fundamental investments?” he asked.

Other people are on the ballot in New York, but did not qualify for the debate. Reform Party Candidate Sal Albanese failed to meet the fundraising requirements to get a spot on the debate stage. Mike Tolkin was not invited to the debate. There are also Libertarian Party and Green Party candidates who were not at the debate.