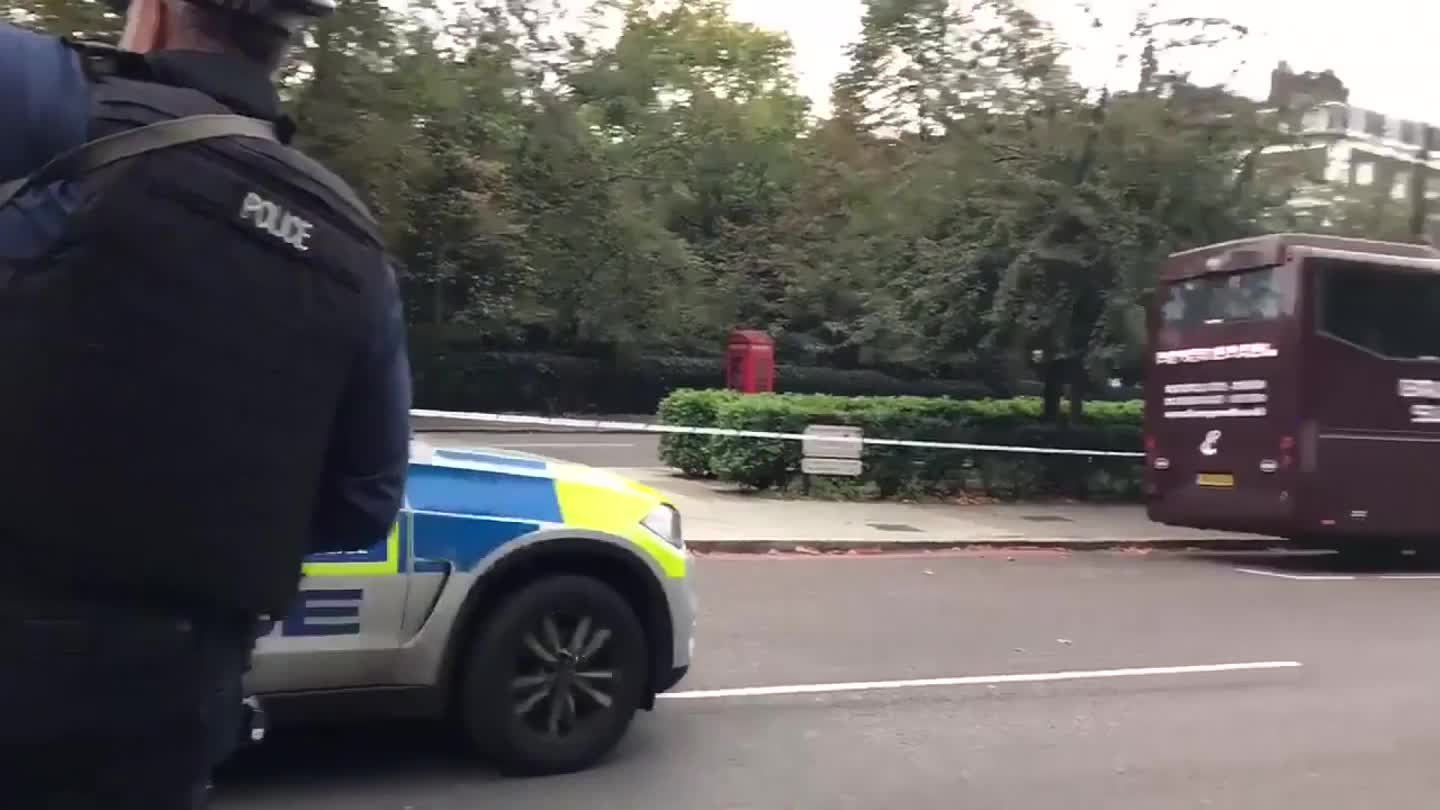 A HEAVY POLICE PRESENCE OUTSIDE OF THE LONDON NATURAL HISTORY MUSEUM. THIS AFTER THEY SAY A CAR STRUCK AT LEAST 11- PEDESTRIANS IN FRONT OF THE BUILDING.

LONDON — British emergency services raced to London's Natural History Museum after a car struck pedestrians Saturday outside the building. Police said a number of people were injured and one person was detained at the scene.

London police have also said that the crash was not a terrorist attack, but rather, a traffic accident.

Police are investigating the incident after a car struck pedestrians outside a London museum. (CNN)

The crash happened at 2:20 p.m. on a day when the central London museum is usually teeming with pedestrians, including international tourists.

Photographs showed a dented silver car and a man being pinned to the ground outside the museum. It was not immediately clear if he was pinned down by police or others at the scene.

Shopkeepers in the immediate area were told to evacuate and police established a large security cordon around the area minutes after the incident.

Police said they are working to establish the circumstances of the crash and more details would be released later.

The Natural History Museum tweeted that there had been a "serious incident" outside the museum, which is located near the world famous Victoria and Albert Museum and other attractions.

Downing Street said British Prime Minister Theresa May was being briefed on the incident.

There have been a series of terror attacks on London and Manchester this year, including vehicle attacks on pedestrians at Westminster Bridge and London Bridge.