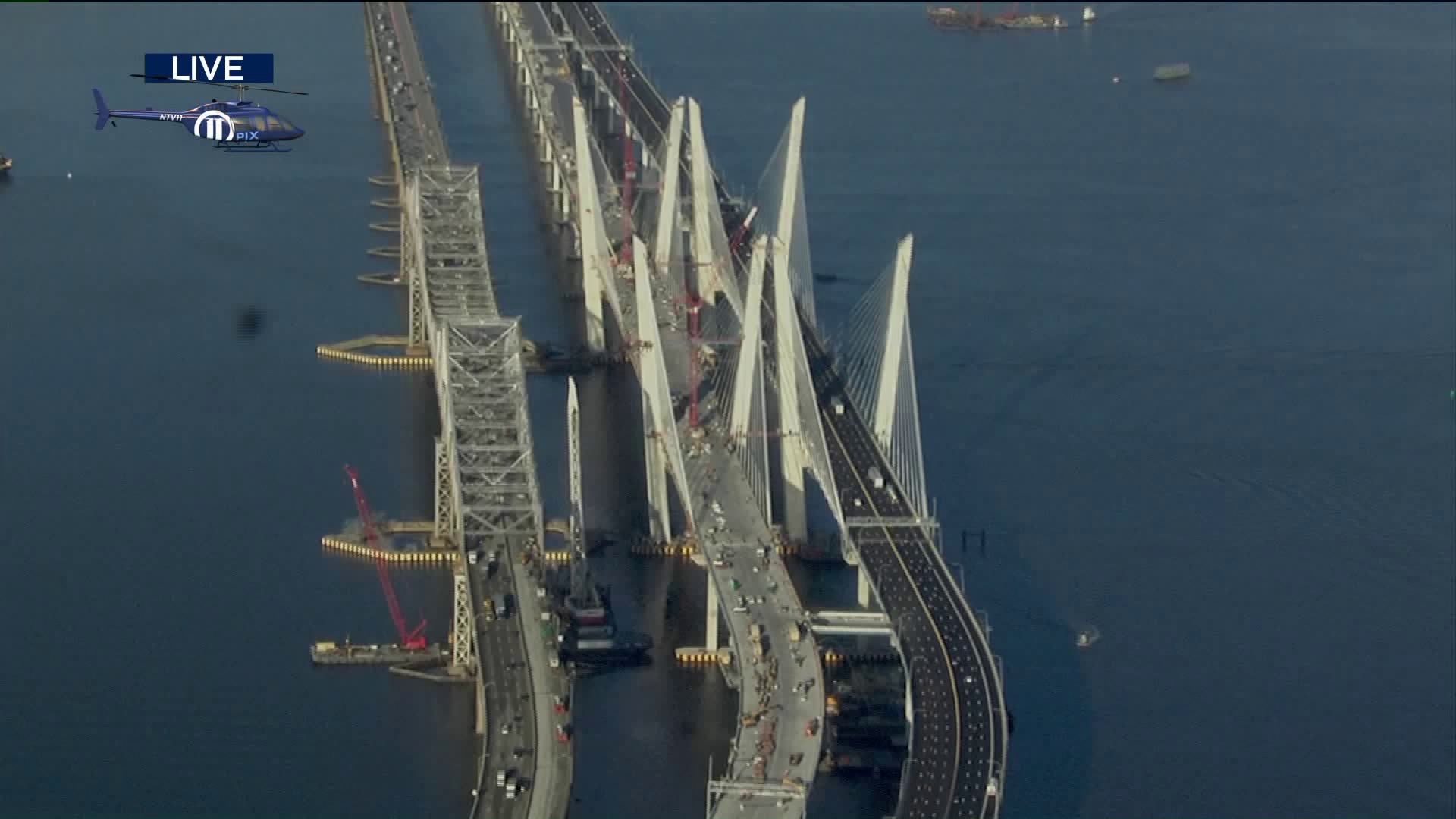 TARRYTOWN, N.Y. – Delays are expected near the Tappan Zee Bridge as operations to shift the Westchester-bound traffic onto the first span of the Governor Mario M. Cuomo Bridge starting Friday.

During the move, all Westchester-bound traffic is expected to shift to the first span from the old bridge.

In Westchester exit 9 will see its off-ramp closed beginning at 10 p.m., detouring to exit 8A. All lanes and ramps are scheduled to be reopened Saturday, Oct. 7.

Traffic will open on the new bridge first with just two lanes headed to Westchester.

All four lanes will be open by 10 a.m. the next morning, the Thruway Authority said.

These temporary closures will allow Tappan Zee construction workers to begin demolishing the old bridge and finish the new bridge.

In late August, the Thruway Authority opened the first span into Rockland, while Westchester-bound traffic continued on the Tappan Zee Bridge.

Democratic Gov. Andrew Cuomo commemorated the bridge named for his father. Mario Cuomo served three terms as governor, from 1983 to 1994. He died in 2015.

Bridge construction commenced in 2013, launched by the state Thruway Authority after decades of political squabbling.