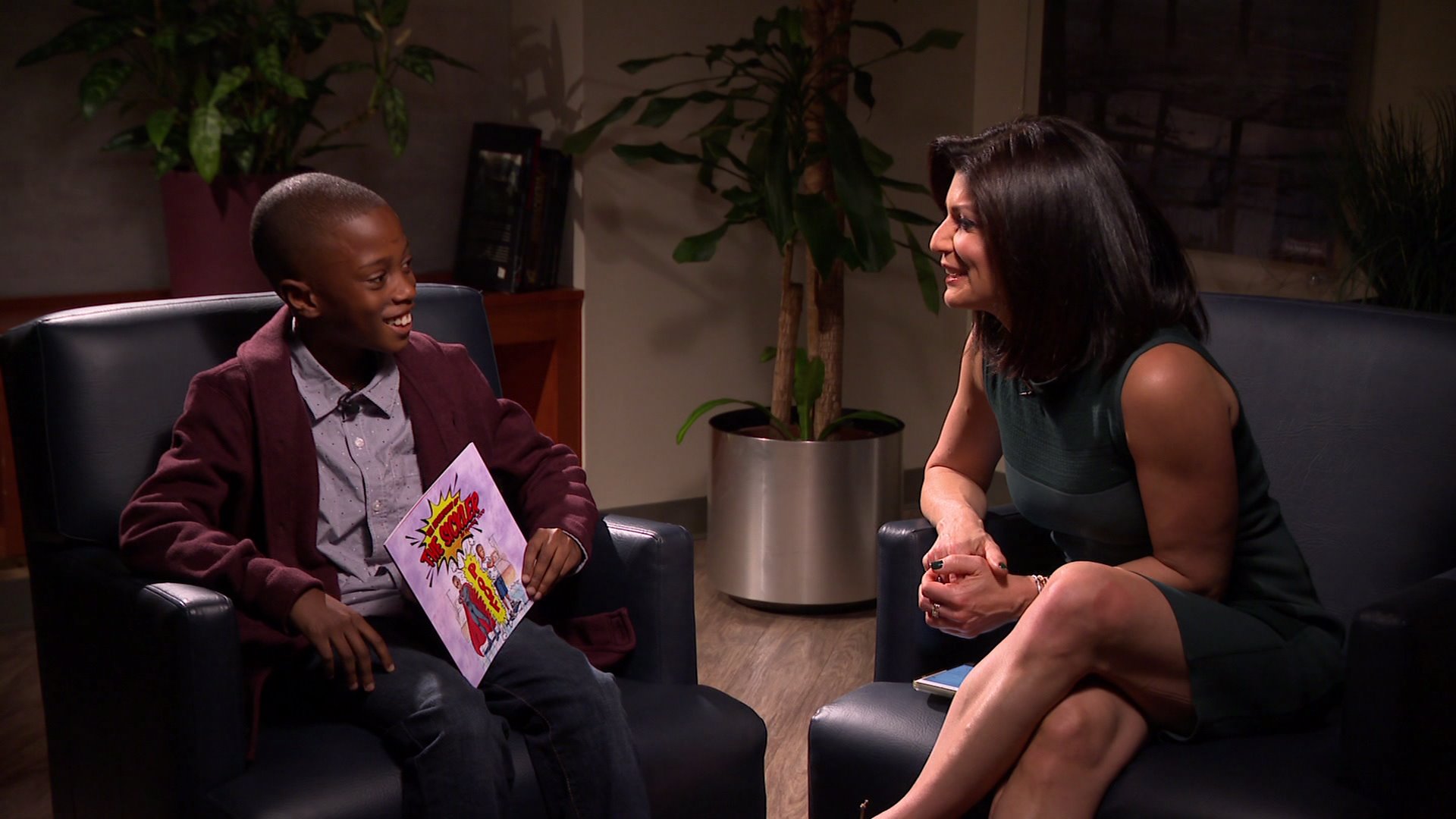 He`s just 12 years old, but Parker Todd is wise beyond his years.

He’s just 12 years old, but Parker Todd is wise beyond his years.

Taking from his own experience of being in and out of hospitals with Sickle Cell Disease, Parker says it was during one hospital stay that he decided to write a children's book.

"I was thinking what do I want to do to help uplift other kids and myself. I sort of thought maybe a superhero type of vibe. Cause I mean who doesn’t like a good superhero?" asked Todd.

And bang, pow, zoom! The Sickler was born.

"It’s me, transformed into a superhero helping other kids fight through their illnesses," said Todd.

Four-year-old King’s been battling leukemia for more than a year now and still has two more years of chemo to go.

"I met King’s dad at an event and he said yeah my son’s going through cancer and he’s doing chemo and all that. To actually see a child to go through that at such a young age, I felt like it had to be put out there," said Majah Hype.

Majah Hype connected the two, who made plans for Parker to read to King during his treatment at Cohen Children’s Medical Center.

“He takes his cape and wipes the tears off the boy's face. Everything will be OK says the Sickler," read Todd.

"When King first comes into the hospital we either have to give him something sedative to help with accessing the port. And him just knowing that Parker was coming to read he put on a special cape today," said Michael Singh.

"So you read to him in the hospital?" Fadal asked.

"It felt good. I saw that he got needles, iv’s ports in his chest and its really sad to think why does someone have to go through that?  He inspires me and he motivates me to keep fighting through my illness myself," said Todd.

"Do you know how old you are?" asked Fadal.

"How old do you think you are in your mind?"

A true super hero, helping one child at a time.