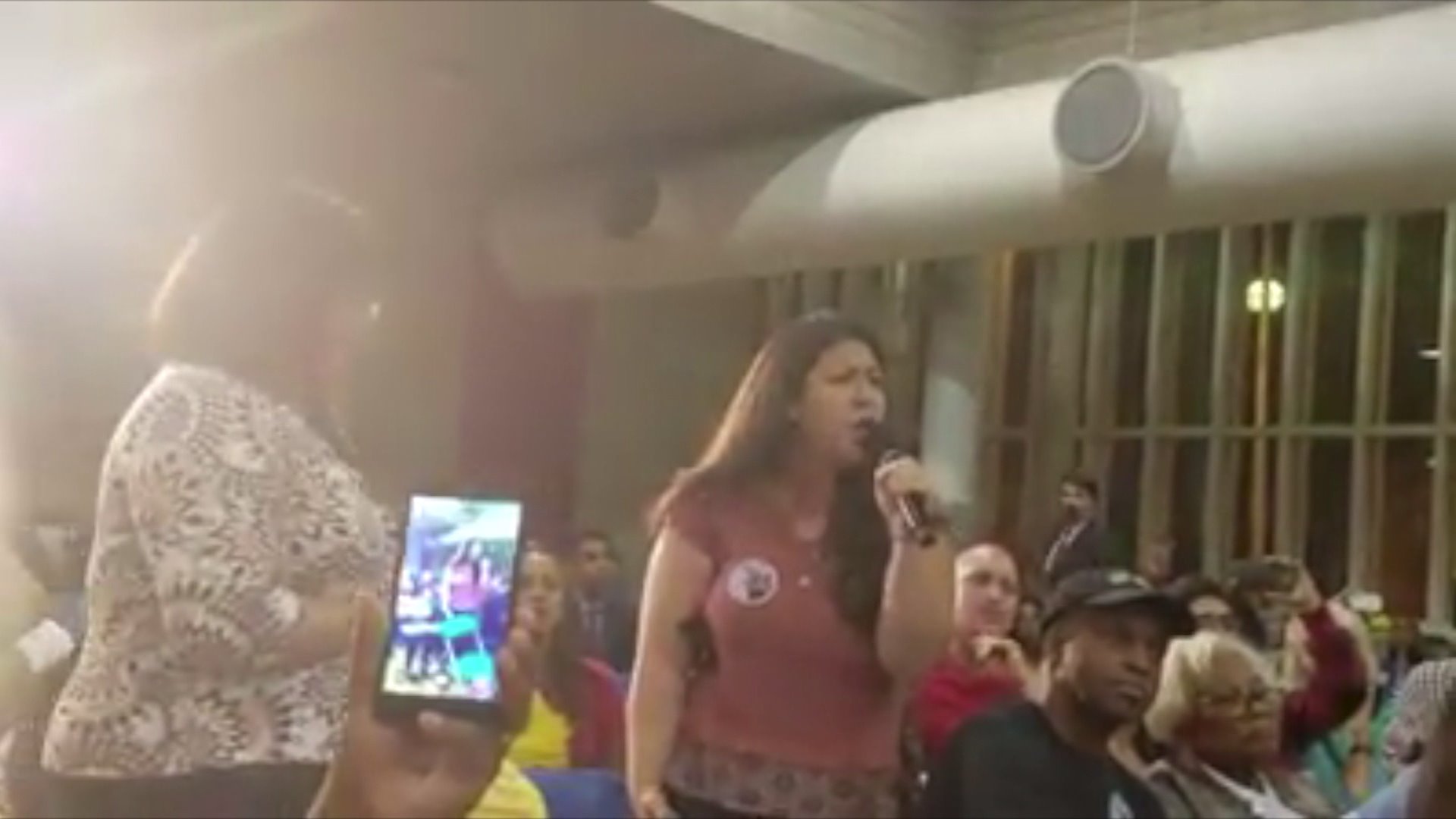 The mayor says the rezoning plan will fulfill his promise of creating and preserving 200,000 units of affordable housing.

“What happens to the cultural legacy that has lived here for decades. It disappears like in Williamsburg.”

The mayor says the rezoning plan will fulfill his promise of creating and preserving 200,000 units of affordable housing.

Silang is with the group the Justice Center en El Barrio she says she’s shocked the mayor didn’t seek to address these concerns.

“There was no, I hear what you’re feeling and I’m going to direct you to the person who’s going to be talking about the vote on Monday,” she said.

Silang doesn’t understand how the mayor can both suport aid to Puerto Rico — yet push a proposal that would price out Nuyoricans.

“If you want to re-zone all of East Harlem, you do not care about Puerto Rican’s in the diaspora?”

The rezoning plan would create 625 permanently affordable units to be paid for by developers.

Current residents get the first crack at them but community groups sat with the median income here at just $30,380, who can afford them?

“The plan that they’re pushing says 20-25% affordable housing. For who is this,” said Juan Peralta, of the Justice Center en El Barrio.