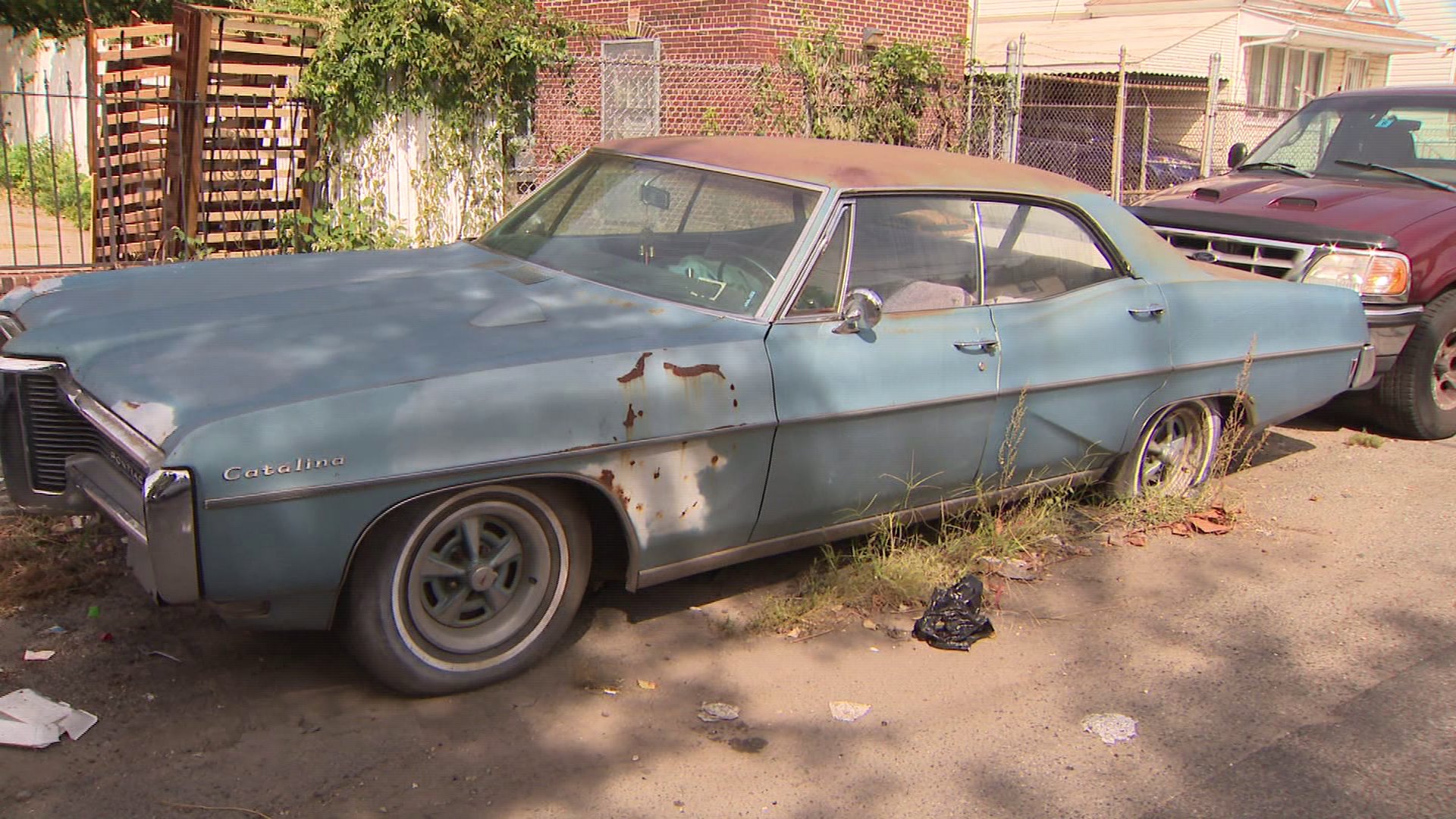 Residents call the bloack a graveyard for cars. Many of the vehicles have been there for a long time.

JAMAICA, Queens — It’s a working class neighborhood in Jamaica, Queens.  There are many families among the  residents on 164th Place and 108th Drive. They  take pride in their homes and the surroundings. That’s one of many reasons they reached out to PIX11 for help.

Their street is littered with abandoned cars, trucks and SUVs.  Many of the vehicles have been here a long time, says resident Mario Fernandez, who owns a landscaping business.

“These cars don’t  move for at least two years," he tells me.

Many of the vehicles have out of state license plates, some have no plates at all, and one truck had a Diplomat plate. We investigated and learned it belongs to the Indonesian Mission to the United Nations. A spokesman said the truck was reported stolen in March, but the police hadn’t contacted the Mission.  It appeared as if the truck’s front bumper and headlights had been stolen and the seats inside were missing.

Residents complain the abandoned cars take up valuable parking spaces and, since they’re never moved, it prevents the Sanitation Department from cleaning the street.  In addition to being an eyesore, some of the vehicles are filled with junk,  posing a possible danger, especially  for the children playing on the block. There is a school on the corner.

One neighbor complained that the police don’t come around the area much, making the block an ideal place to dump the cars. Why can’t the vehicles be towed away?  An NYPD spokesperson says the police are responsible for removing “abandoned vehicles," those with at least one license plate.  The Sanitation Department is responsible for removing  “derelict vehicles," those with no license plates.  The residents said they haven’t seen either department do any towing on their block.

Fortunately, there is good news to report.  After PIX11 contacted the NYPD, the 113th Precinct sent officers to investigate. As a result, late today a spokesperson told PIX11,  “one vehicle was issued a summons for being parked on the sidewalk, one vehicle was removed by the police department and 4 vehicles were marked to be removed by sanitation.”