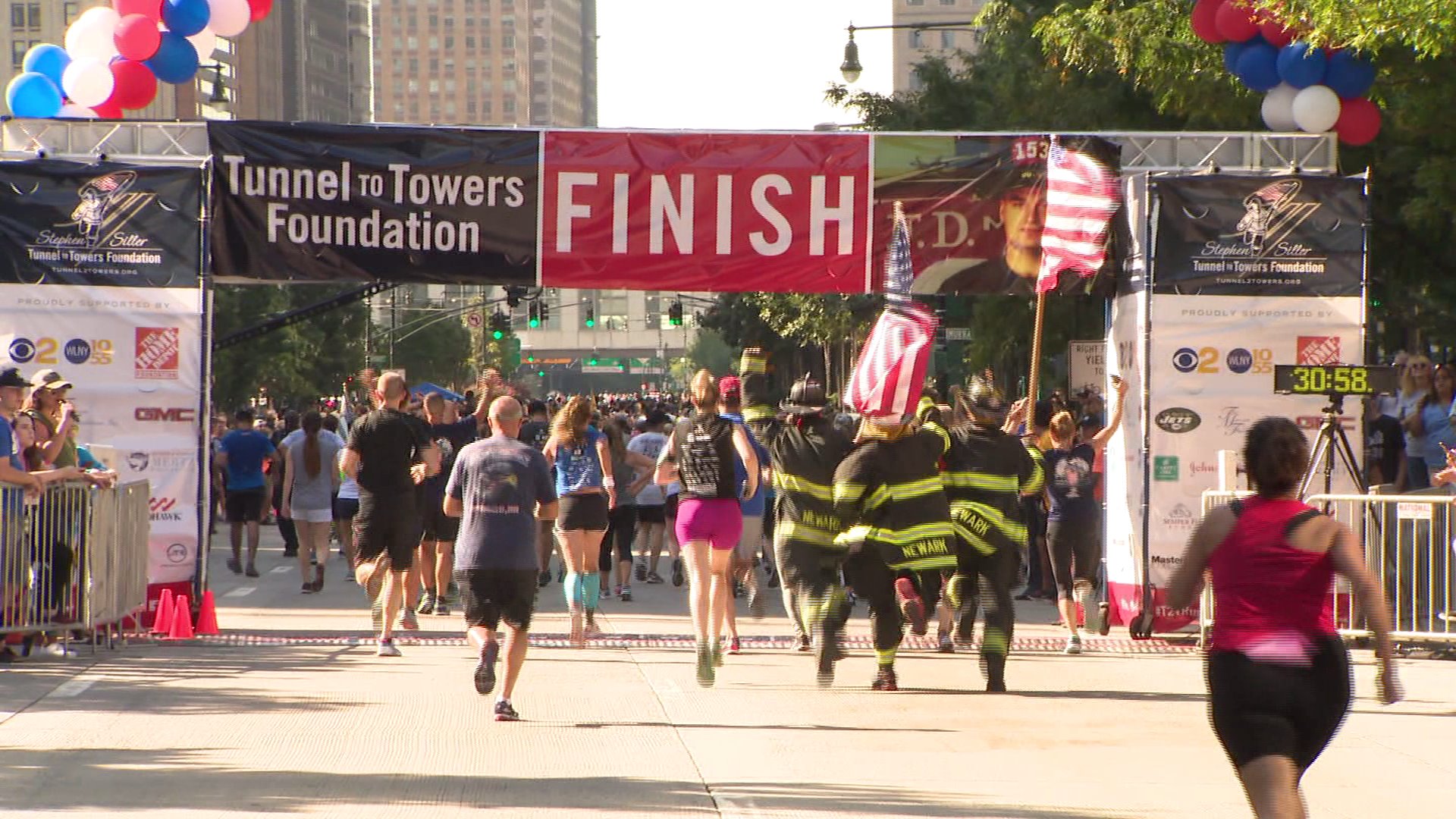 The race traces the heroic steps Stephen Siller took when he abandoned his ran to the World Trade Center on 9/11.

LOWER MANHATTAN— The Stephen Siller Tunnel to Towers 5K Run & Walk is held every year to honor fallen heroes of 9/11, including Stephen Siller, and it gets bigger each year.

Runners from around the globe including first responders in full uniform held American flags and crossed the finish line at the 16th Annual Tunnel to Towers Run. & Walk.

"We all got here to make sure we make enough money and most important, we remember those who are no longer with us,” said Firefighter Rafael Koscialkowski of the Setauket fire department.

The run, held in lower Manhattan, retraces the final footsteps of Stephen Siller, a firefighter who made the ultimate sacrifice on 9/11.

Siller’s family later created a foundation in his name to help families of fallen heroes and wounded warriors.

"It's very important to support the Siller family, the Siller foundation, and the good they do for the members of the FDNY, NYPD, and armed forces. I can't say enough about their generosity and kindness," said NYC Fire Commissioner Daniel Nigro.

Since 2001, the foundation has raised more than $70 million dollars.

The run is one of the foundation’s biggest fundraising events and honors Stephen Siller's memory.

"The foundation really touches my heart. So amazing things for amazing people who really deserve it," said one runner.

During the event’s first year, there were about 2,000 participants. Fast forward to 2017: about 30,000 individuals participated.