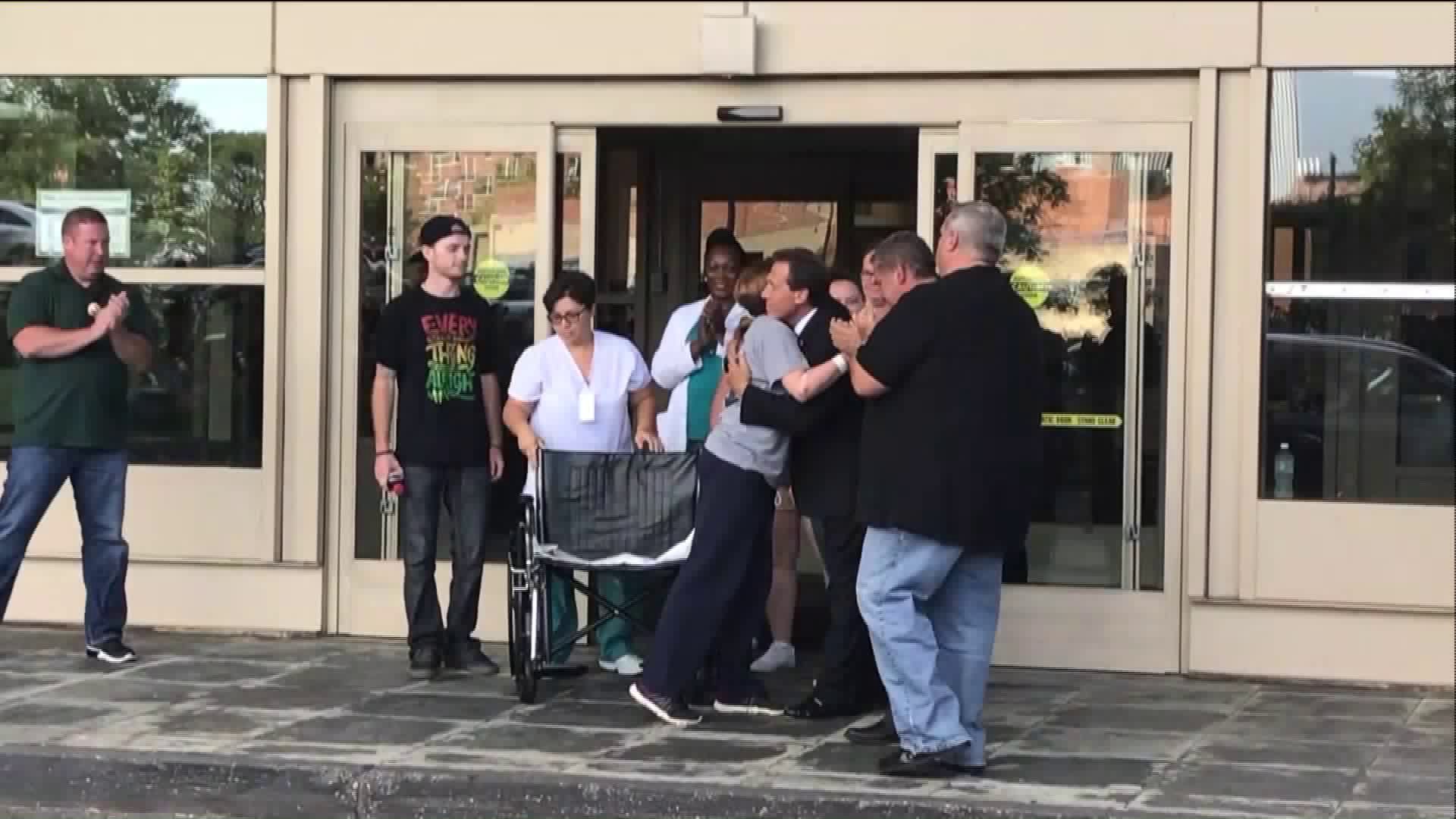 The 2-year veteran of the police force was shot in the jaw while responding the a report of a suspicious vehicle.

YONKERS, NY — The Yonkers police officer shot in the face less than 24 hours ago walked out of the hospital Tuesday afternoon.

Officer Kayla Maher, 26, was cheered and greeted by her fellow officers as she left Jacobi Hospital. The 2-year veteran of the police force was shot in the jaw while responding the a report of a suspicious vehicle.

“You know what, you’re doing fine," an officer can be heard telling her in the audio of the dispatch call. "You’re going to be OK.”​

It was the first time in more than 30 years that a police officer was shot in Yonkers. Maher, the daughter of a retired NYPD police sergeant, was in good spirits as she left the hospital.

One of the teens charged in the shooting was also hospitalized. Frank Valencia, 18, underwent surgery Monday night.

Valencia was released by a Bronx judge last week in another weapons case. He was sentenced in Bronx Supreme Court on Sept. 20.

The second man taken into custody is from New Rochelle, officials said. Charges are pending against both of them.