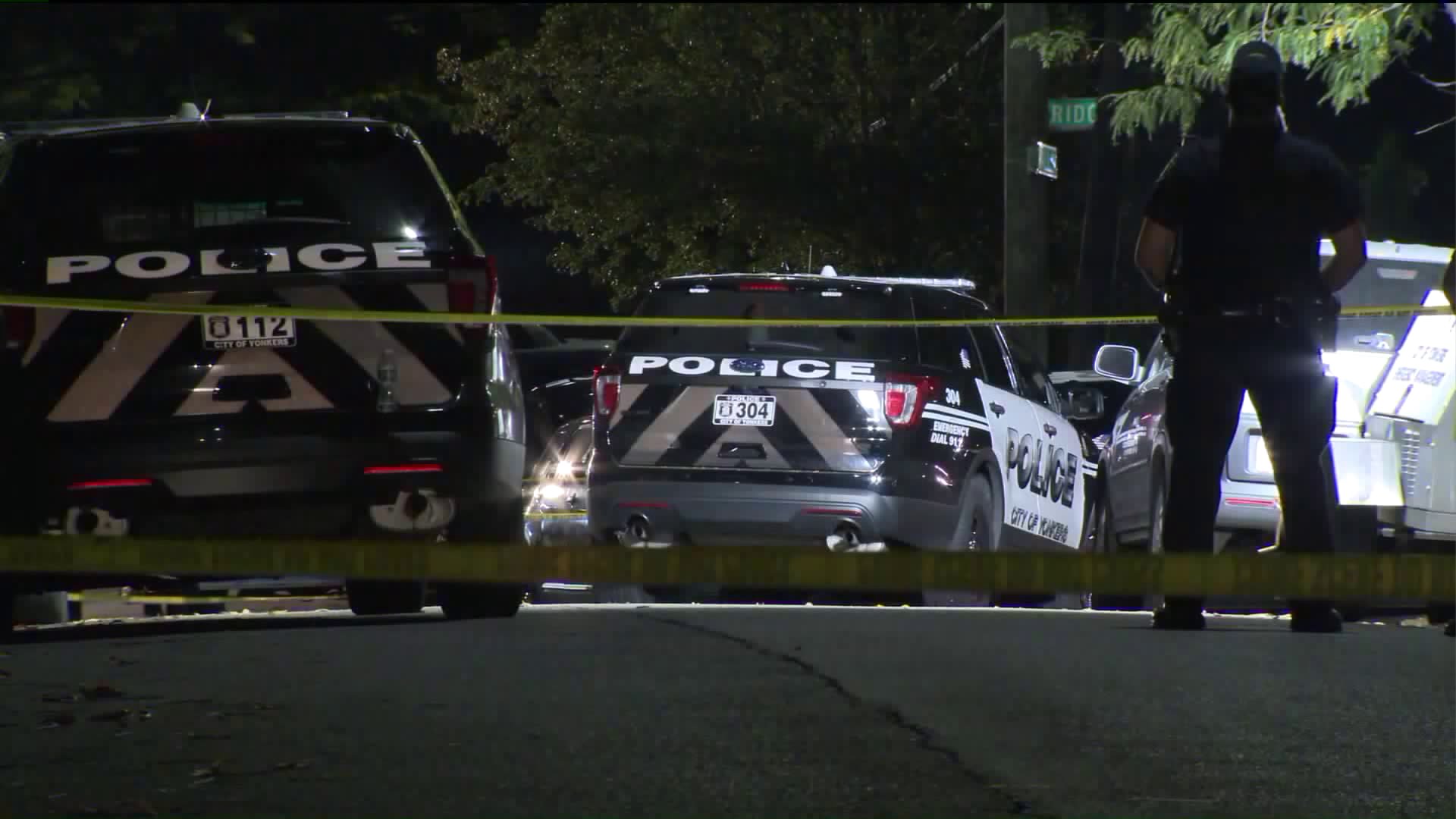 A police officer who was shot in the face while responding to reports of a suspicious vehicle remained hospitalized Tuesday.

YONKERS, N.Y. — A "gutsy" police officer who was shot in the face while responding to reports of a suspicious vehicle remained hospitalized Tuesday, "remarkably, in good spirits," the mayor of Yonkers said at a midday news conference.

Officer Kayla Maher, believed to be in her mid-20s and about two years into her career, was shot in the jaw Monday night, police said. Her mother is a retired NYPD sergeant, the mayor said.

Maher, pictured at right, is in serious but stable condition, and was conscious when transported to the hospital, officials said.

Mayor Mike Spano said she "told a lot of jokes" when he and the police comissioner visited her in the hospital shortly after the shooting.

"She was a wonderful officer," he said. "Keep her in your prayers."

The injured officer and her partner were out on patrol when they responded to reports of a suspicious vehicle at Marshall Road and Ridge Drive, officials said.

The officers approached and saw two men inside.

“As the officers approached, at least one of the males produced a handgun and fired several shots at the officers, striking one of our officers,” said Yonkers Police Commissioner Charles Gardner.

The officers retreated back and exchanged gunfire, striking one of the men.

It's the first time in more than 30 years that a police officer has been shot in Yonkers.

Some locals tell PIX11 the ordeal felt as if it lasted 10 minutes.

Dramatic audio of the dispatch call made after the officer was shot was released Tuesday:

“We have an officer shot in the face. Can we please f—ing get some units here?”

“We have an officer shot in the face. Units expedite. Marshall Road and Ridge Drive.”

“Can we get an armored truck or something to come get this officer out. She’s shot in the face. We’re right behind the suspect. We’re pinned down. We can’t f—ing move.”

The man who was shot was operated on Monday night, the police commissioner said. He is in serious condition.

The second man was taken into custody and both are from New Rochelle, officials said. Charges against them are pending.

It is not known if words were exchanged between the men and the officers before the shooting.