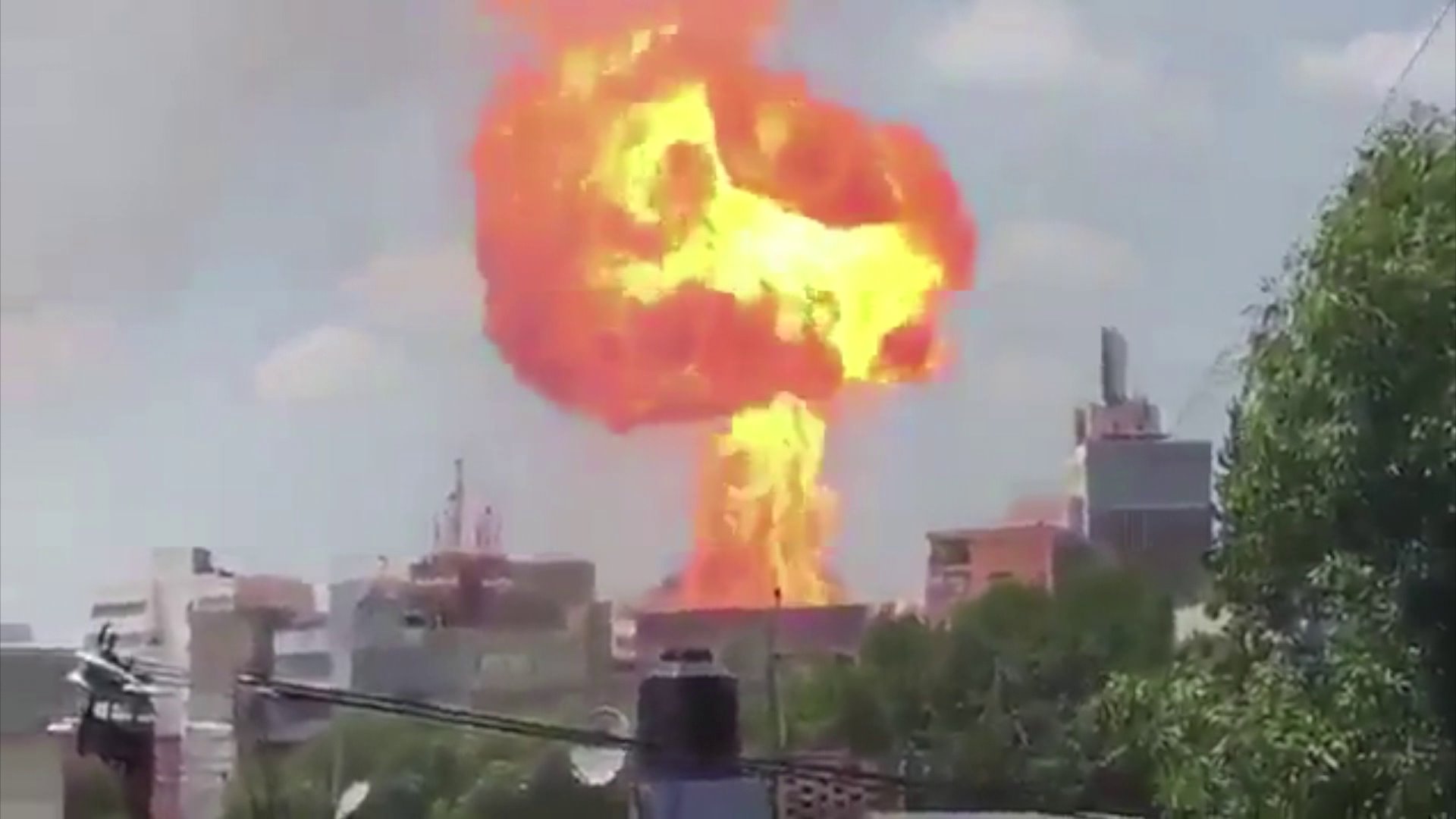 People used shopping carts from a nearby supermarket to carry away rubble in a Mexico City neighborhood where three apartment buildings collapsed on the same stretch of street.

The head of Mexico's National Civil Defense agency says the death toll from a major earthquake that rattled the center of the country has reached 139.

Luis Felipe Puente said 64 people had died in the state of Morelos, just south of Mexico City, though local officials reported only 54. In addition, 36 people died in Mexico City, 29 in Puebla state, nine in the State of Mexico and one in Guerrero.

The U.S. Geological Survey said the quake was centered near the Puebla state town of Raboso, about 76 miles (123 kilometers) southeast of Mexico City.

People used shopping carts from a nearby supermarket to carry away rubble in a Mexico City neighborhood where three apartment buildings collapsed on the same stretch of street.

Valerie Perez, a 23-year-old student from Venezuela, ran from her fourth-floor apartment just in time to see the building in front of it collapse.

With only a month in Mexico, she was stunned by the day's events, which included an earthquake drill then a real one. Earlier in the day workplaces across Mexico City held readiness drills on the anniversary of the 1985 quake, a magnitude 8.0 shake, which killed thousands of people.

Mayor Miguel Angel Mancera told local media that at least 30 people had died in Mexico City where buildings collapsed or were badly damaged at 44 points throughout the city.

U.S. President Donald Trump has tweeted "God bless the people of Mexico City. We are with you and will be there for you."

Trump's tweet comes after the earthquake shook central Mexico,  claiming at least 139 lives — the largest number of fatalities in a Mexican earthquake since the 1985 quake that killed thousands.

Nutritionist Mariana Morales was one of the thousands of Mexico City residents who spontaneously participated in rescue efforts. The 26-year-old says she joined the efforts after seeing a building collapsing in a cloud of dust before her eyes.

Morales says she was in a taxi when the quake struck Tuesday and she got out and sat on the sidewalk to recover from the scare. As she sat there the building tumbled a few meters away from her.

"There was the sound of thunder ... then dust and all this," Morales said.

"The people are organizing quickly," she said.

Gala Dluzhynska was taking a class with 11 other women on the second floor of a building in Mexico City's Roma district when the structure collapsed during a magnitude 7.1 earthquake.

More than two hours after the quake, the women stood on the sidewalk across the street covered from head-to-toe in dust. One had a cut on her foot that was being bandaged.

Dluzhynska said the building's stairway was very tight and surrounded with glass. As they ran out of the building amid the quake, everything started falling around them. Some people panicked. She said she fell in the stairway and others began to walk over her.

She shouted for help and someone pulled her to her feet. She said the dust was so thick you couldn't see anything.

"There weren't any stairs anymore only rocks," she said.

When they reached the bottom, an exit gate was locked and they began to scream for help. People were pushing her from behind against the bars. Finally a security guard came and unlocked the gate. Outside it was all rubble.

She said they were still looking for one classmate who was missing.