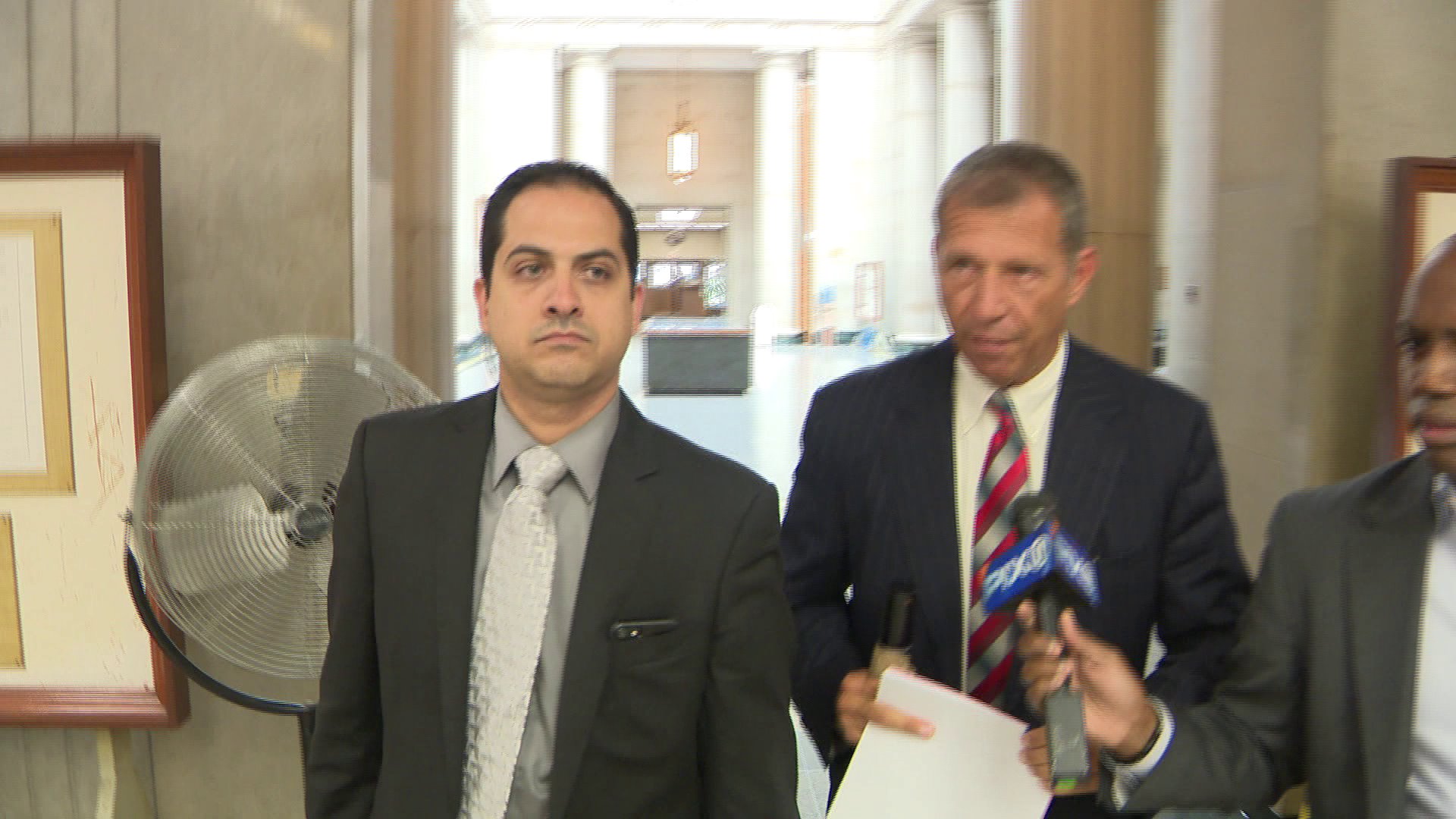 Mike Volonakis allegedly pointed a gun at a 22-year-old salesman and asked him if it looked familiar.

HEMPSTEAD, N.Y. — Mike Volonakis is getting a first-hand look at the often slow, methodical workings of the justice system.

He was arraigned Monday - 14 months after he was arrested for allegedly committing a racially motivated hostile act toward one of a black salesman at a Long Island car dealership.

Volonakis, then a manager at the dealership, allegedly pointed a gun at Marc Jean's head and asked him if it looked familiar.

“That situation traumatized me in some ways,” said Jean.

“There has been a pattern of the Hempstead Police Department not acting as a professional unit as it should,” said Jean’s lawyer Fred Brewington.

But after a PIX11 report raised questions about the department’s handling of the case, the Nassau County District Attorney’s Office took up the matter.

Volonakis’ attorney, Charles Ferzola tells PIX11, “This was never an issue, racially or any other way motivated.”

When asked if his client still denies aiming the gun at Marc Jean, Ferzola responded, “That is correct. He doesn’t.”

Two car dealership employees who witnessed Volonakis handling the gun may have changed their stories when speaking under oath to state investigators.

PIX11 News has obtained copies of two handwritten letters of “…contemporaneous statements from Anthony Dash and Matthew Stanisic" made last year in the weeks right after the incident.

State investigators found the statements were inconsistent with their affidavits.

In his initial statement, Dash writes about Volonakis, “Mike, then looked at it, then looked over to Marc with it…”

Stanisic writes, “Mike V picked up the gun to look at it. It was pointed in Marc’s direction.”

These inconsistencies may explain the recent final ruling by the New York State Division of Human Rights.

“After investigation, the Division has determined…that PROBABLE CAUSE exists to believe that the Respondents (Volonakis) have engaged in or are engaging in the unlawful discriminatory practice…”

Volonakis could spend four years in prison if convicted of criminal possession of a weapon.