Buying knock-offs not a bargain for National Security 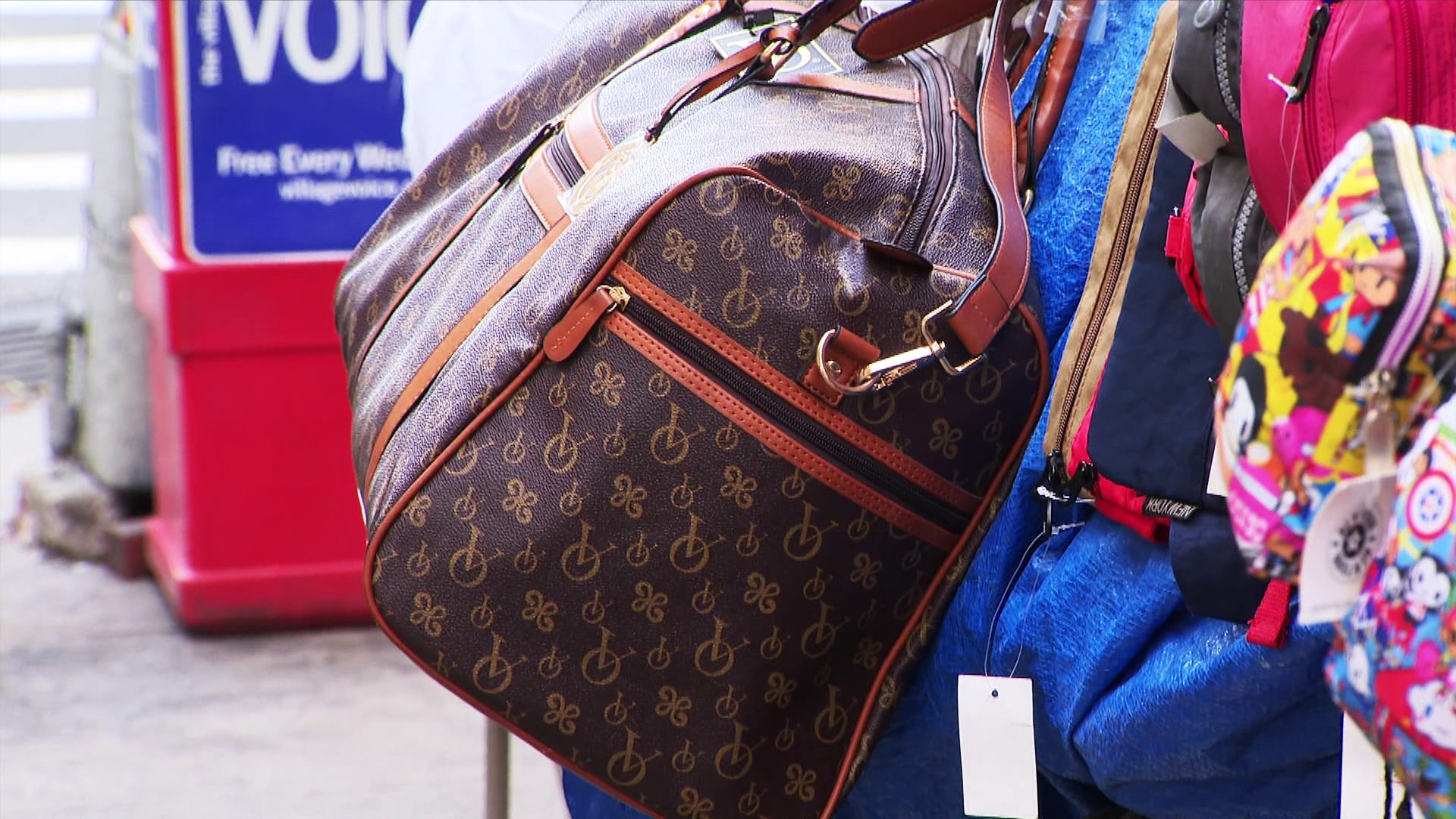 From Harlem to Times Square to downtown Canal Street, locals and city visitors look for bargains from street vendors and storefronts.

NEW YORK — We found the tables stacked with handbags near corners on Broadway and 7th Avenue, in the 50's near the Ed Sullivan Theatre and traveling south, closer to the musicals that draw tourists from around the world.

"Louis Vuitton?" I asked one vendor, when I noticed a bag with distinct shades of caramel and a darker brown. "No, it looks like," he responded.

Bags like these might be borderline "trademark infringement," because of their color scheme, but they don't violate the counterfeit laws.

"Counterfeiting is actually replicating the trademark of a brand," said private investigator James Ricaurte, a former NYPD detective who's now president of Allegiance Protection Group. "The intent there is to confuse the consumer, to make it look like its's that kind of bag," Ricaurte said of many sellers.

From Harlem to Times Square to downtown Canal Street, locals and city visitors look for bargains from street vendors and storefronts.

"That money is going places we don't want it to go," Pavlides told PIX11.

Eighty-five percent of the counterfeit merchandise seized at New York's John F. Kennedy Airport every year comes here from China. But the people who are buying it wholesale — and selling it — come from many different backgrounds.

Pavlides said dating back to the first World Trade Center explosion in 1993 — a truck bomb in an underground garage that killed six — counterfeit goods were used to finance the plot (t-shirts), along with the sale of untaxed cigarettes. The money raised was going to be used to pay for a larger, thwarted plot to bomb New York City landmarks.

After 9/11, Pavlides recalled, "There was an attempt to buy a rocket launcher to shoot down airplanes here in Queens. The money was all raised by selling counterfeit, Nike sneakers."

Fortunately, an FBI sting prevented the plot from going forward.

But counterfeit CDs were utilized in Spain to pay for a series of train bombings in 2004.

James Ricaurte is hired by luxury goods companies to monitor the influx of counterfeit shoes and bags and smart phones into the country — and to bring his findings to local, state and federal police.

"For the counterfeiter, the risk is worth the reward, because there are minimal penalties involved," Ricaurte noted. "There have been instances where drug dealers have said this is more profitable and much more lucrative," Ricaurte said of counterfeiting.

The criminal penalties for dealing in fake goods is practically nil.