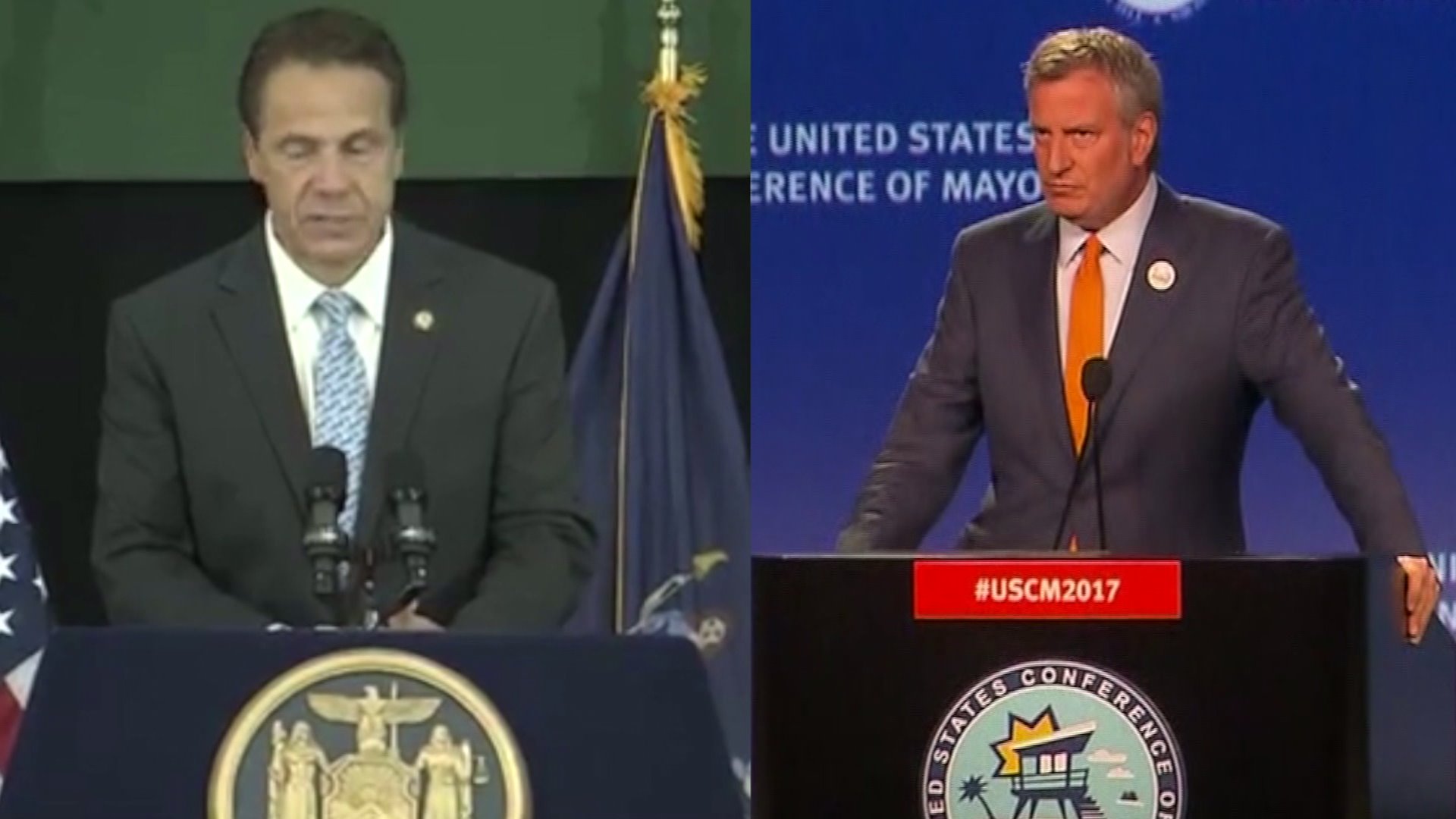 Cuomo voiced his support for the mayor during an interview on WNYC radio's Brian Lehrer Show. De Blasio, who is seeking a second term, won last week's five-way primary.

"The mayor won the Democratic primary. I am a Democrat," Cuomo said while explaining his endorsement. "I support Democrats and I will support Mayor de Blasio in the general (election)."

Cuomo had declined to make an endorsement during the Democratic primary, saying it wasn't his place as a resident of Westchester County, despite the fact that he's endorsed candidates in other communities before.

The governor and de Blasio have feuded repeatedly, with Cuomo's administration second-guessing the mayor and de Blasio complaining of Cuomo's retaliation against his political opponents.

Asked Monday whether he was endorsing the mayor only out of party loyalty, Cuomo said no.

"In this contest, he is the better person to serve the city of New York as mayor, period," he said.