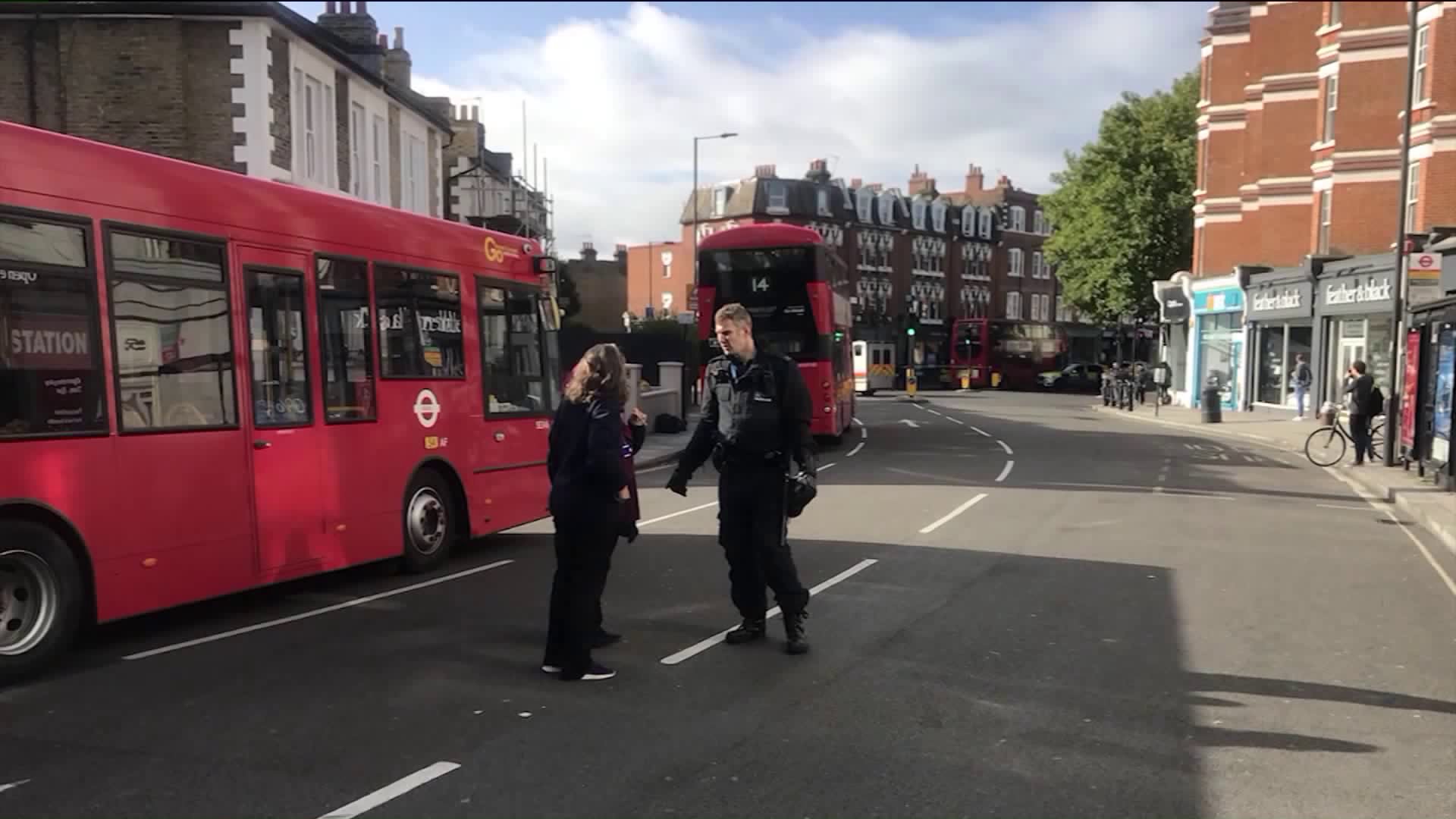 LONDON — London's Metropolitan Police says a fire on the London subway has been declared a "terrorist incident."

The force says counterterrorism officers are leading the investigation into the incident at Parsons Green station, where 29 people have been taken to hospitals. One of the injuries is thought to be serious or life-threatening, according to ambulance service.

Police say the fire on a London subway train was caused by the detonation of an improvised explosive device.

Passengers reported seeing people with burns to their faces and bodies after the fire on a Tube train at Parsons Green station.

Passengers reported an explosion in a carriage of the train shortly after 8 a.m., during the morning rush hour. Several people appeared to have burn injuries.

Police say it's "too early to confirm the cause of the fire, which will be subject to the investigation that is now underway by the Met's Counter Terrorism Command."

In a statement released on social media, the Mayor of London thanked emergency responders and the Transport for London staff who were on scene and urged Londoners to remain calm and vigilant.

.@metpoliceuk have confirmed that the explosion on a train at Parsons Green Station is being treated as terrorism. https://t.co/dKZCcjEZjT pic.twitter.com/fFzOf6wNXu

Police confirmed the incident Friday morning. Few details were released as emergency services rushed to the scene. The station was closed.

The incident happened during rush hour when the Underground system is crowded. Passengers were advised to use alternate routes.

This is a developing story. Refresh for details.